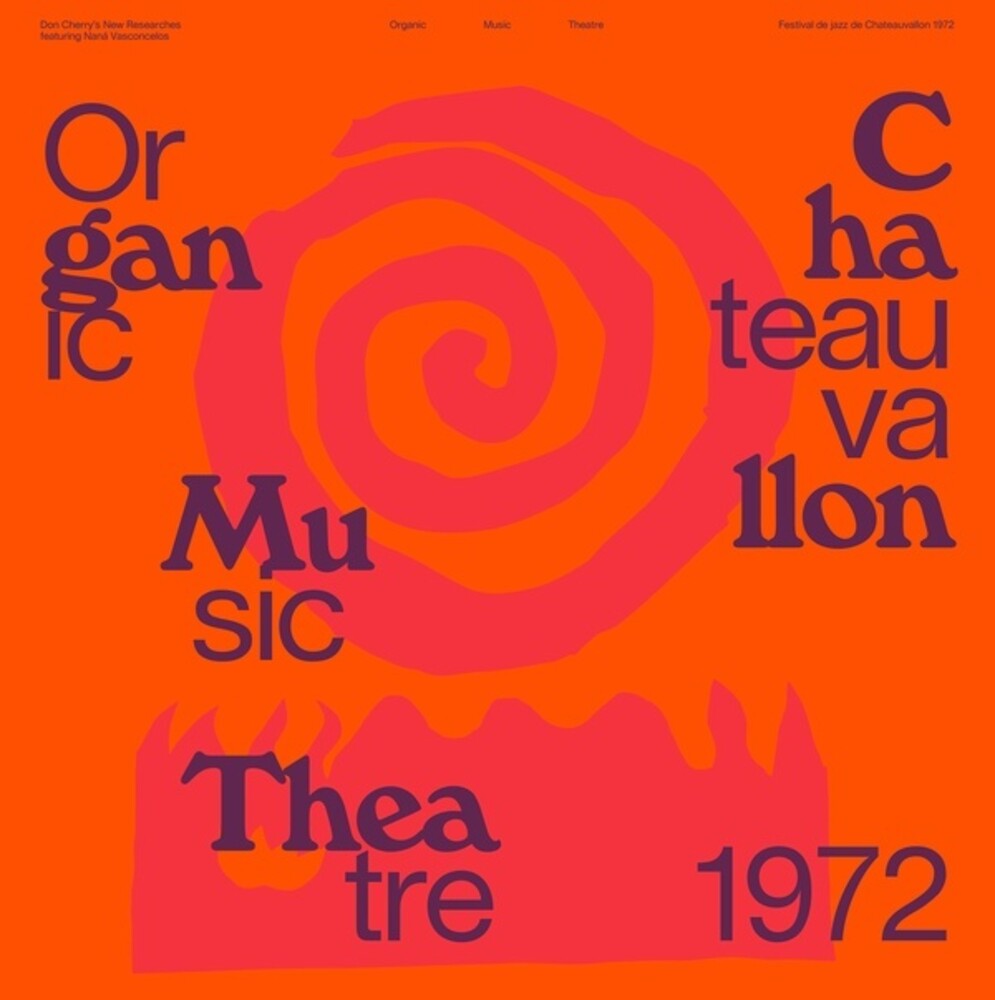 In the late 1960s, the American trumpet player and free jazz pioneer Don Cherry (1936-1995) and the Swedish visual artist and designer Moki Cherry (1943-2009) began a collaboration that imagined an alternative space for creative music, most succinctly expressed in Moki's aphorism "the stage is home and home is a stage." By 1972, they had given name to a concept that united Don's music, Moki's art, and their family life in rural Tagårp, Sweden into one holistic entity: Organic Music Theatre. Captured here is the historic first Organic Music Theatre performance from the 1972 Festival de jazz de Chateauvallon in the South of France, mastered from tapes recorded during it's original live broadcast on public TV. A life-affirming, multicultural patchwork of borrowed tunes suffused with the hallowed aura of Don's extensive global travels, the performance documents the moment he publicly jettisoned his identity as a jazz musician, and represents the start of his communal "mystical" period, later crystallized in recordings such as Organic Music Society, Relativity Suite, Brown Rice, and the soundtrack for Alejandro Jodorowsky's The Holy Mountain.The musicians in Don Cherry's New Researches, hailing from Brazil, Sweden, France, and the US, converged on Chateauvallon from all over Europe. The five-person band-Don and Moki Cherry, Christer Bothén, Gérard "Doudou" Gouirand, and Naná Vasconcelos- performed in an outdoor amphitheater and were joined onstage by a dozen adults and children, including Swedish friends who tagged along for the trip and Det Lilla Circus (The Little Circus), a Danish puppet troupe based in Christiania, Copenhagen. The platform was lined with Moki's carpets and her handmade, brightly colored tapestries, depicting Indian scales and bearing the words Organic Music Theatre, dressed the stage. As the musicians played, members of Det Lilla, led by Annie Hedvard, danced, sang, and mounted an improvised puppet show on poles high up in the air. The music in the Chateauvallon concert aspired to a universal language that would bring people together through song. In a fairly unprecedented move, Don abandoned his signature pocket trumpet for the piano and harmonium, thereby liberating his voice as an instrument for shamanic guidance. The show opens with him beckoning the audience to clap their hands and sing the Indian theta "Dha Dhin Na, Dha Tin Na," and the set cycles through uplifting and sacred tunes of Malian, South African, Brazilian, and Native American provenance-including pieces that would later appear on Don's albums Organic Music Society and Home Boy (Sister Out)-all punctuated by outbursts of possessed glossolalia from the puppeteers. "Relativity Suite, Part 1" notably spotlights Bothén on donso ngoni, a Malian hunter's guitar, prior to Vasconcelos taking an extended solo on berimbau. A vortex of wah-like microtonal rattling, Vasconcelos's masterful demonstration of this single-stringed Brazilian instrument is a harbinger of his work to come as a member, with Don, of the acclaimed group Codona. The sounds of children playing on the ensemble's achingly tender rendition of Jim Pepper's oft-covered beacon of spiritual optimism, "Witchi Tai To," lends the proceedings an especially intimate, domestic glow. Given the context of the star-studded international jazz festival, the concert's laid back, communal vibe feels like an attempt by the Cherrys to show Don's jazz audience that he was moving on. At the same time, however, Don was extending a warmhearted invitation for them to come along for the ride.