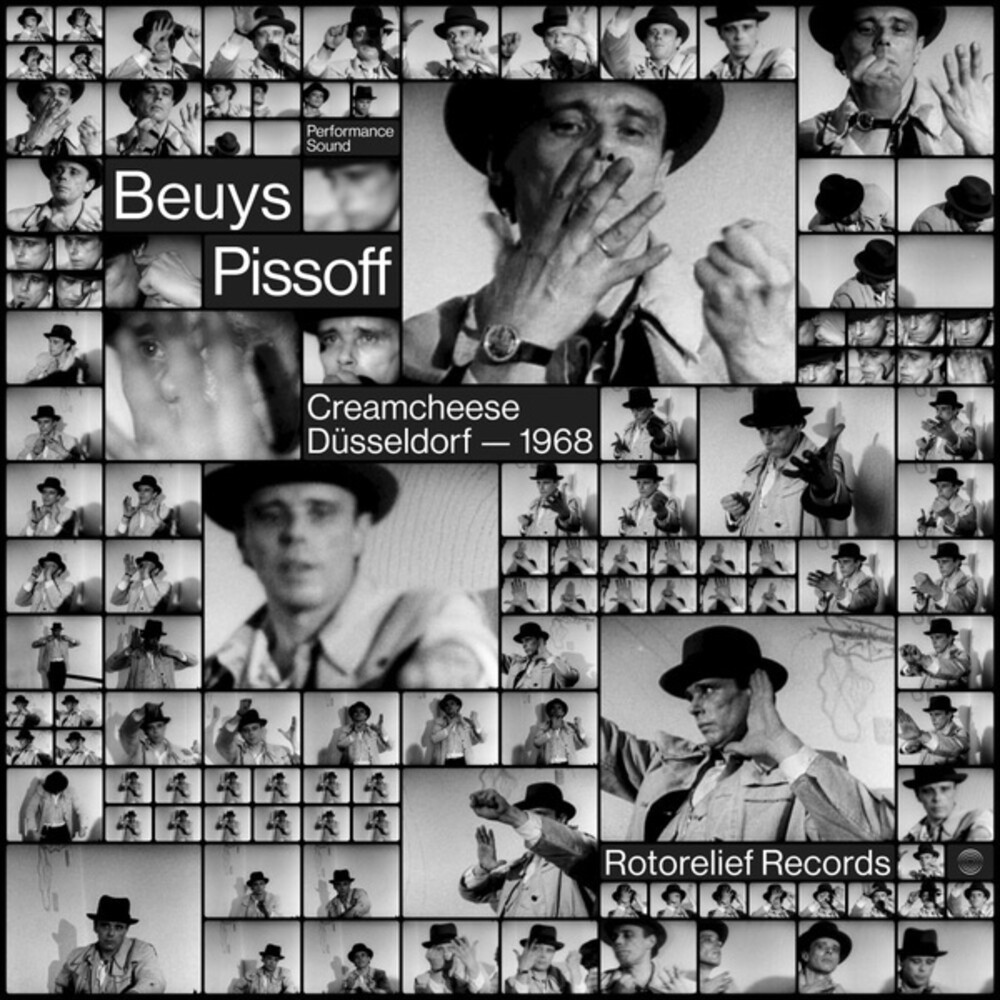 Vinyl LP pressing. The experimental project Pissoff was founded in the late 60s by multimedia-artist Eberhard Kranemann and some friends who studied together at the Düsseldorf Academy Of Fine Arts. The chaotic, loud and soundwise undisciplined band took part in various events at this location and other places. Due to the intense fluctuation of band-members the performances by Pissoff were characterized by continously changing participants and variations of the involved equipment: cello, violin, clarinet, tenor saxophone, flute, vocals, electric guitar, electric bass guitar, organ and drums. In 1968 Pissoff performed together with Joseph Beuys who was professor of sculpture at the Art Academy at that time. During this incomparable audiovisual interaction Joseph Beuys staged his Hndaktion: in concentrated manner he moved his hands in front of his head while listening and visually reacting to the very loud and abstract staccato-rhythms by Pissoff. The event was recorded by Eberhard Kranemann on a Telefunken mono-tape-recorder and remains the only existing audio-material by Pissoff until today. On that night Eberhard played cello, clarinet and tenor saxophone while the other members added sounds by electric guitar, electric bass and drums. Earliest musical experimentations that can be defined as the origins of the band Kraftwerk already started in 1967 by Eberhard Kranemann and Florian Schneider-Esleben. Sometimes Kranemann invited Florian Schneider-Esleben to join Pissoff.