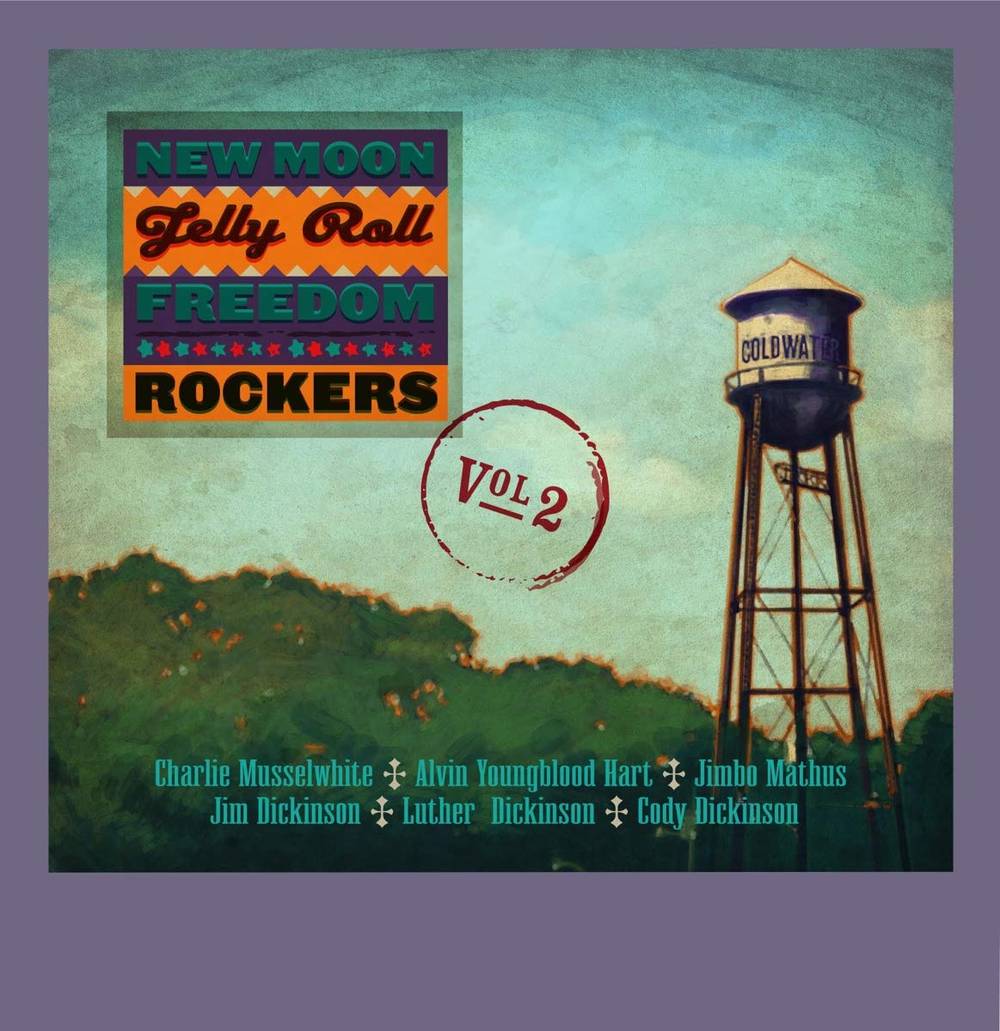 Charlie Musselwhite, Jimbo Mathus, Alvin Youngblood Hart, Jim Dickinson, Luther Dickinson, Cody Dickinson are the New Moon Jelly Roll Freedom RockersThe New Moon Jelly Roll Freedom Rockers return with 'Volume 2' from the famous sessions that produced last year's Top 20 Billboard and Top 10 Living Blues album Volume 1.'NMJRFR, Volume 1 lays out a musical feast at which we relish every course. By the end, we want more, of course.'Henry I. Carrigan Jr. For Living Blues'In true rock-and-roll tradition, NMJRFRs were born in the back of a tour bus, and they're everything their name implies: Raucous, rattly, raw, and magnificently loose... a group of road-tested wanderers turned loose for a rip on what they dubbed a potluck session.'Grant Britt for No DepressionThis album crosses the generations of new Blues-Rockers and Classic Blues Statesmen. It is a testament to the great experience and talent of these esteemed performers that they could casually conjure a recording of this quality out of the ether in a casual jam session - sounding as if you are right there in the room with them with between-song banter and commentary, the classic structures of the Blues, being pulled together and teased apart by some of the most award-decorated members of the Blues Elite.