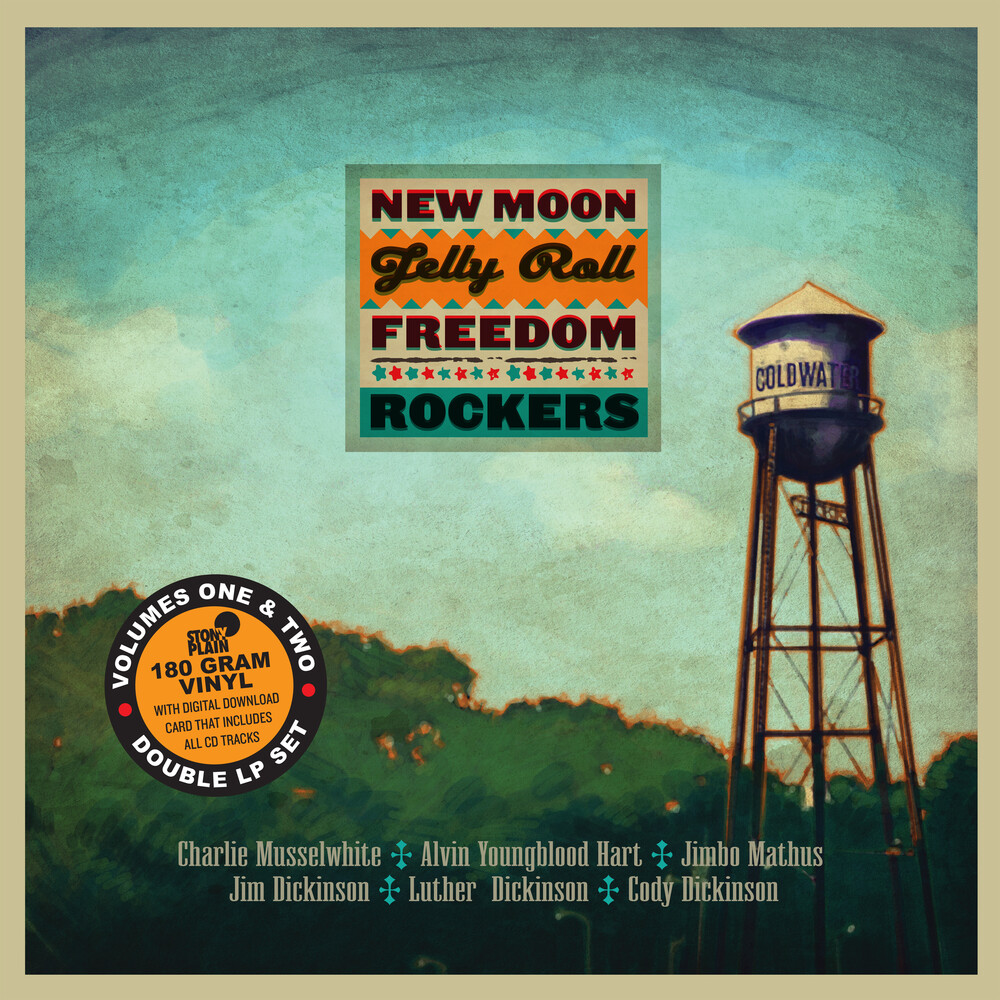 Charlie Musselwhite, Jimbo Mathus, Alvin Youngblood Hart, Jim Dickinson, Luther Dickinson, Cody Dickinson are the New Moon Jelly Roll Freedom Rockers It was a weekend-long jam session that brought together two generations of top-shelf Blues musicians in an once-in-a-lifetime recording event produced by the NMJRFR. The results were released on two volumes in 2020 and 2021 on Stony Plain Records, and quickly rose to the Top 20 of the Billboard album chart and Top 10 of the Living Blues chart and Best Blues Albums of 2020 in Mojo Magazine. "We invite a cast of characters to the session-party, asking each player to bring a couple of songs. Musicians take turns leading and accompanying, and before you know it, a record falls together. Dad always says misery sticks to the tape." - Luther Dickinson. "The music has weight, seriousness and style." - MOJO "Thank heaven for the blues. Five stars? Without a doubt! - Blues Matters Magazine "A musical feast at which we relish every course. By the end, we want more, of course." - Henry I. Carrigan Jr. Of Living Blues "In true rock-and-roll tradition, NMJRFRs were born in the back of a tour bus, and they're everything their name implies: Raucous, rattly, raw, and magnificently loose... a group of road-tested wanderers turned loose for a rip on what they dubbed a potluck session." - Grant Britt of No Depression "I hope the love in the room can be heard in the music. This record was truly a joy to make." - Cody Dickinson