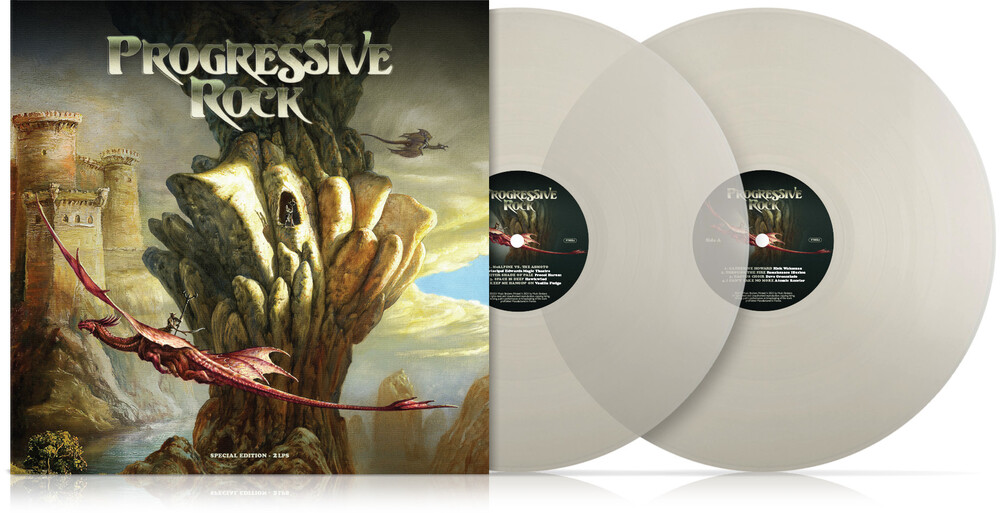 Music Brokers' never-ending exploration of rock's subgenres keeps expanding with a new collection dedicated to progressive rock. Sometimes called art rock, classical rock or symphonic rock, it was developed in the United Kingdom and the United States throughout the mid to late 1960s. Incorporating elements of jazz, folk and classical music contributed to it's "progressive" label. It's lyrics were more poetic, technology was harnessed for new sounds, music approached the condition of "art", and the studio, rather than the stage, became the focus of musical activity. This collection features many of the most renowned names of the genre including Genesis, Yes, Rick Wakeman, Andromeda, Procol Harum and Hawkwind, plus some hidden gems by lesser known acts like Zzebra, La Dusseldorf and Principal Edwards Magic Theatre that for sure will delight the fanatic after being unavailable on vinyl for a long time. With fantastic artwork and remastered sound, Progressive Rock is a fundamental addition to your rock music collection. And remember, it is not available on streaming platforms!