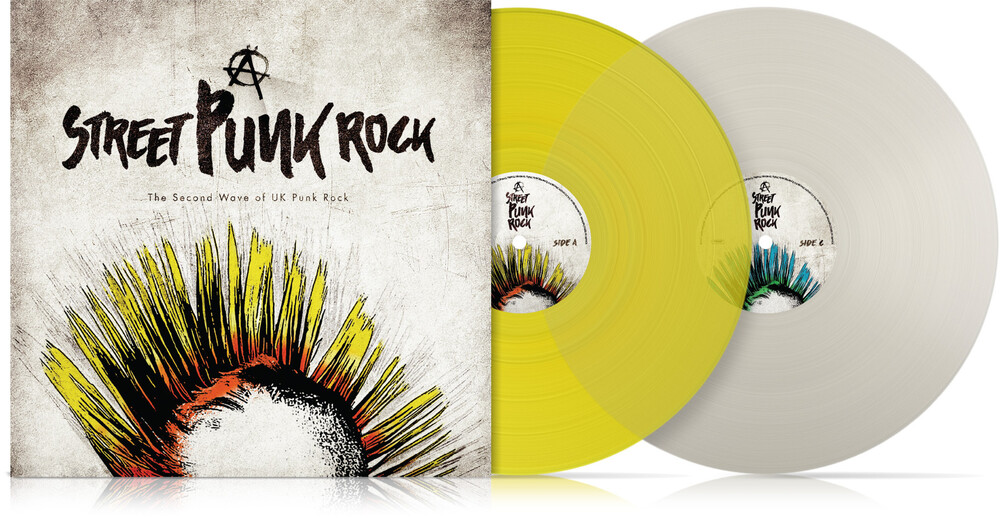 Street Punk - as a genre - was Great Britain's second-generation of punk rock which, behind chants of "Punk's Not Dead" reigned in the UK approximately between 1980 and 1985. For many, Street Punk puts into practice those postulates that in punk's first generation were only ideals. Street Punk is aggressive, street-based, fierce and mostly, their artists only recorded on independent labels, making them substantially different from the Sex Pistols, The Clash, Generation X or The Stranglers, whose albums appeared in major labels. Street Punk is a fantastic summary with the best of the genre, including it's main acts (The Exploited, Anti Pasti, Anti-Nowhere League, Infa Riot, The Business, The 4 Skins, The Adicts and many more). This is a collection by (mostly) incendiary British bands, with powerful songs, war anthems and lots and lots of attitude. With fantastic artwork and top remastered sound, this is undoubtedly an historic album, available for the first time in vinyl format.