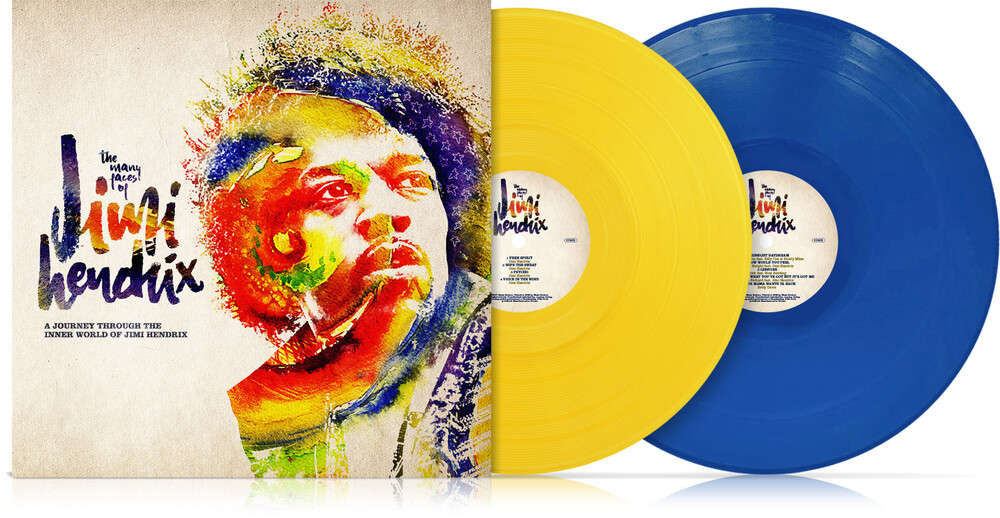 Gatefold blue and yellow 180 gram double vinyl pressing, We can all agree that Jimi Hendrix was one of the most charismatic and creative guitar players of all time, with his influence spanning generations of musicians. In the Many Faces Of Jimi Hendrix, we will immerse into his career and his works, his first steps in the music industry collaborating with different artists, the side projects of his tow main backing bands' members (Experience and Band of Gypsys), and also we will pay homage to his songs, one of the most essential treasures of rock music. With stellar artwork and remastered sound, The Many Faces of Jimi Hendrix is the most recent and essential addition to our spectacular collection in vinyl format. And remember that this album is not available on streaming platforms!