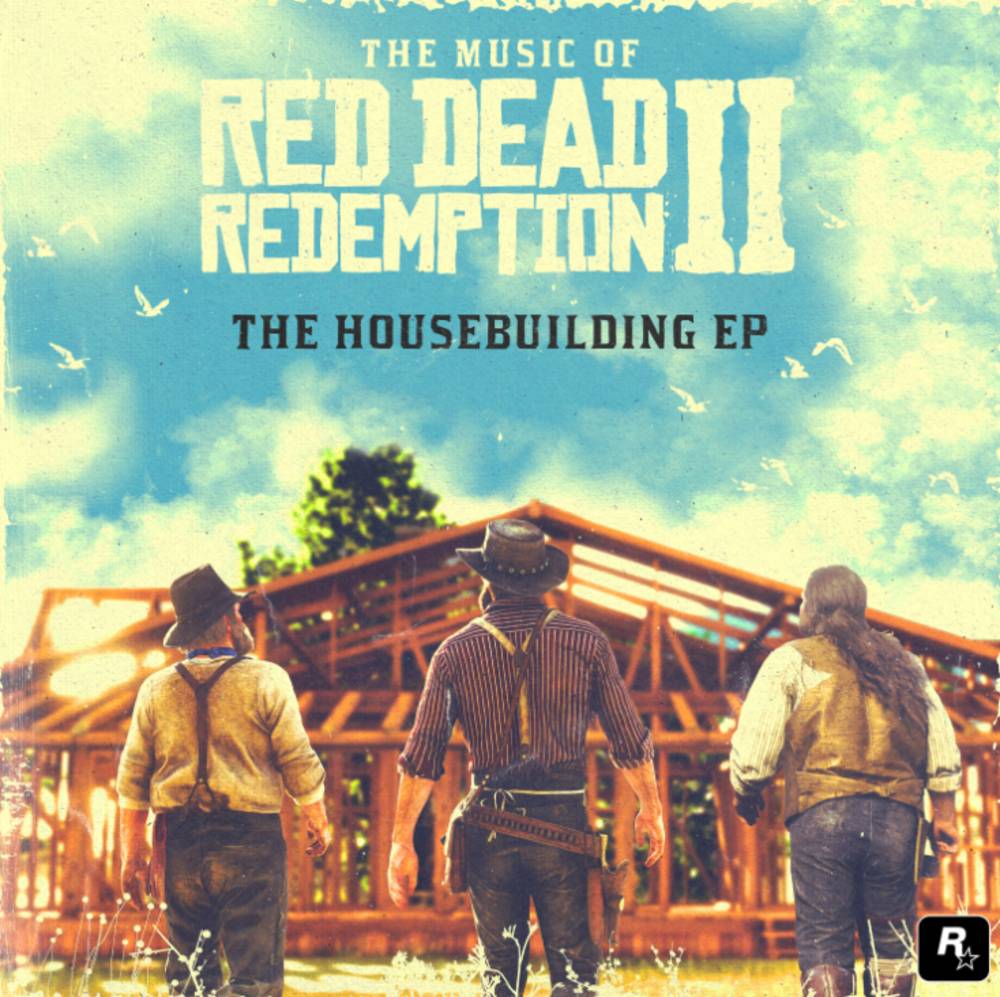 The Music of Red Dead Redemption 2: The Housebuilding EP is a special release featuring previously unreleased tracks from the blockbuster video game including the fan-favorite "The Housebuilding Song," along with four additional yet to be released songs from the world of Red Dead Redemption 2 by David Ferguson and Matt Sweeney. Nashville’s David Ferguson grew up as the right-hand man for Johnny Cash and "Cowboy" Jack Clement and is known for his production work on Sturgill Simpson hit albums “A Sailor’s Guide To Earth” and “The Butcher Shoppe Sessions.” NYC’s Matt Sweeney is a guitarist, composer and producer whose work can be heard on albums by Johnny Cash, Adele, Run The Jewels, and Iggy Pop, along with his celebrated collaborations with Bonnie Prince Billy and Chavez.