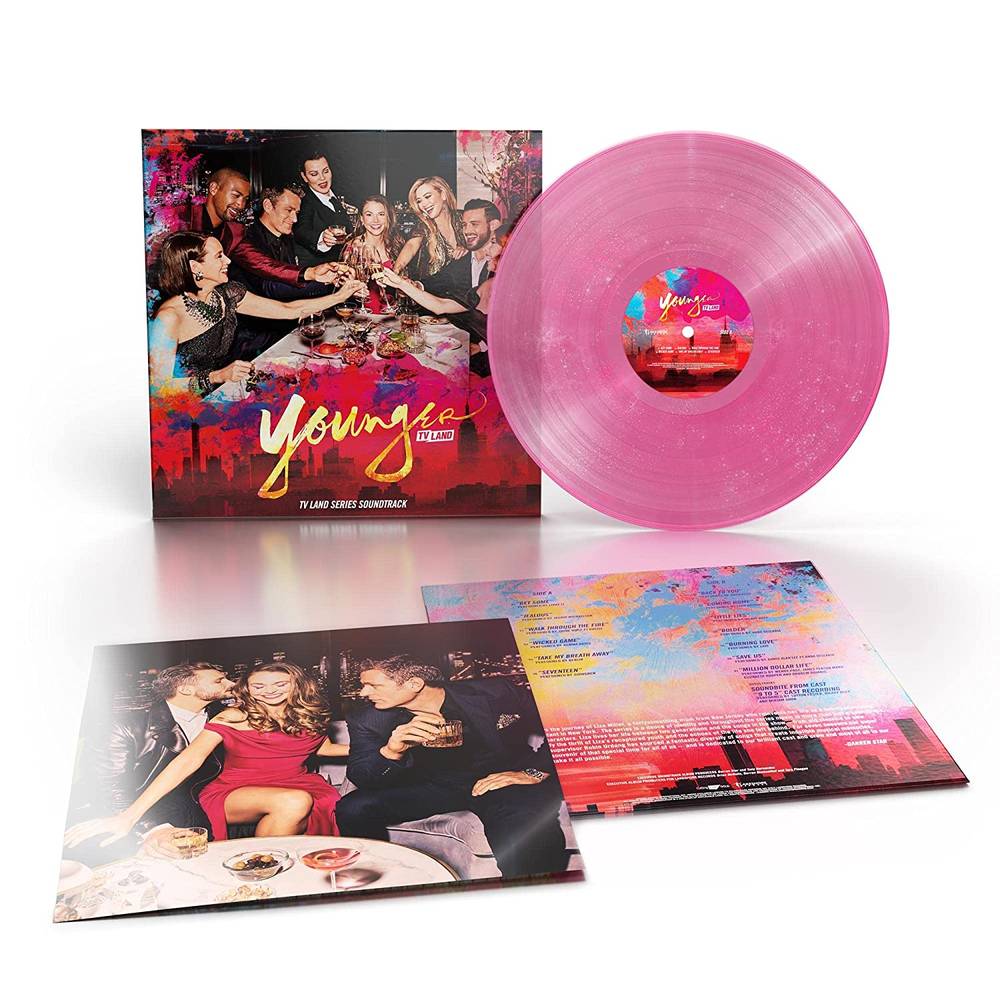 Various artists soundtrack, with songs by: Hillary Duff, Ingrid Michaelson, Berlin, Leon Bridges, Lykke LI, Zayde WOlf with Ruelle and others, including one by Sutton Foster, Hilary Duff & Miriam Shor! Younger is a hit American comedy-drama television series created and produced by Darren Star. It is based on the 2005 novel of the same title by Pamela Redmond Satran. In July 2019, TV Land renewed the series for a seventh and final season, making it the longest running original series in the network's history. Younger is mainly set in New York City and chronicles the personal and professional life of Liza Miller (Foster), a divorced 40-year-old woman with a teenage daughter and a failed marriage that collapsed due to her former husband's gambling addiction. After 26-year-old tattoo artist Josh mistakenly thinks that he and Liza are about the same age, she concocts a plan to pass herself off as a 20-something to re-enter the ageist industry of publishing, later becoming the assistant of Empirical Press marketing head Diana Trout and befriending Kelsey Peters, a co-worker.