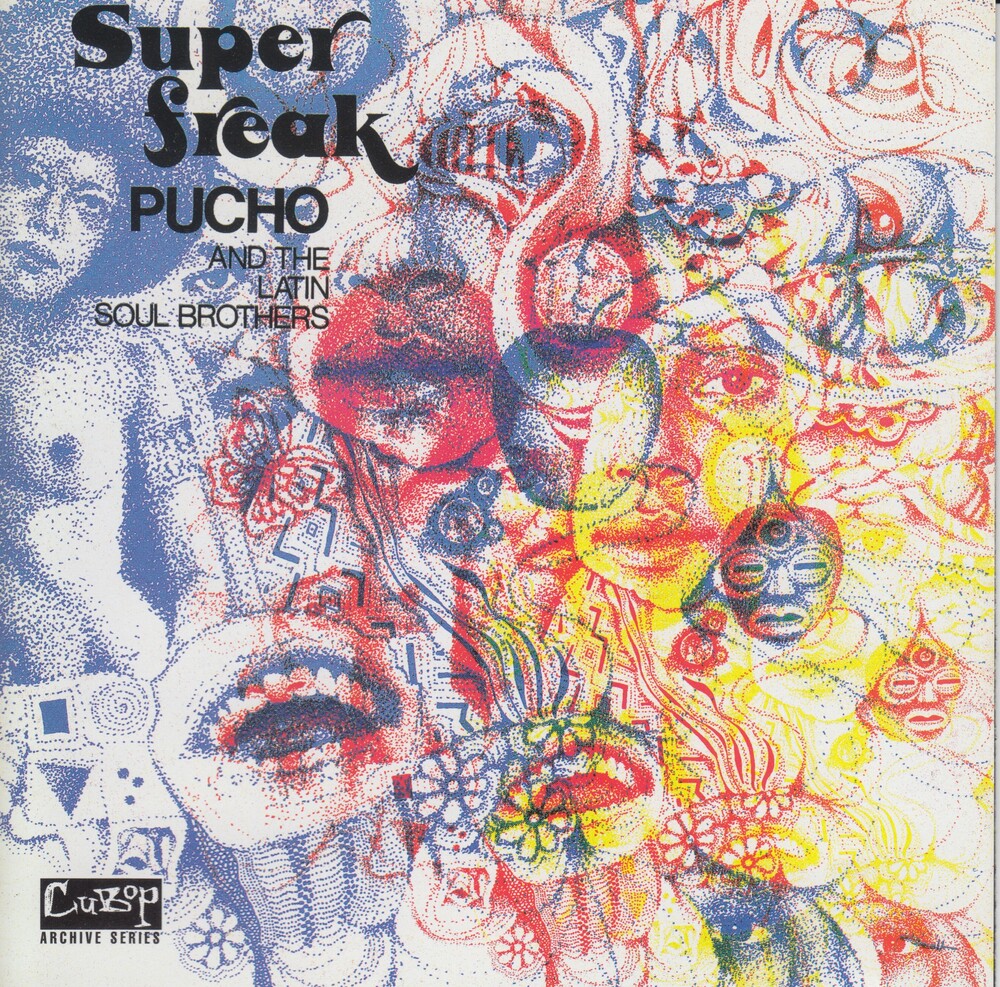 The opening track on 1972's Super Freak is a brilliant, nearly side-long medley of three tracks from Curtis Mayfield's Superfly: the title track, "Pusherman," and, of course, "Freddie's Dead." Heavy, druggy, and psychedelic, with thick organ and wah-wah guitars, the medley sounds more like the psychedelic soul of War or even Funkadelic than the sparkling Latin jazz of Pucho's earlier albums. The rest of Super Freak is a little lighter in tone, but this is still the most groove-oriented and least overtly Latin jazz-oriented of this group's albums, trafficking instead in shuffling grooves like "Oak Hurst's Art" and vibes-led ballads like "Judy's Moods" and "One More Day." Latin jazz purists may balk, but this later became a classic of the '90s acid jazz movement, which some sources date to the U.K. hip-hop group Galliano pinching a sample from this album's version of "Freddie's Dead" for the 1989 single "Frederick Lies Still." -AllMusic

This is its first pressing in twenty years and comes to record stores first as part of RSD Black Friday.