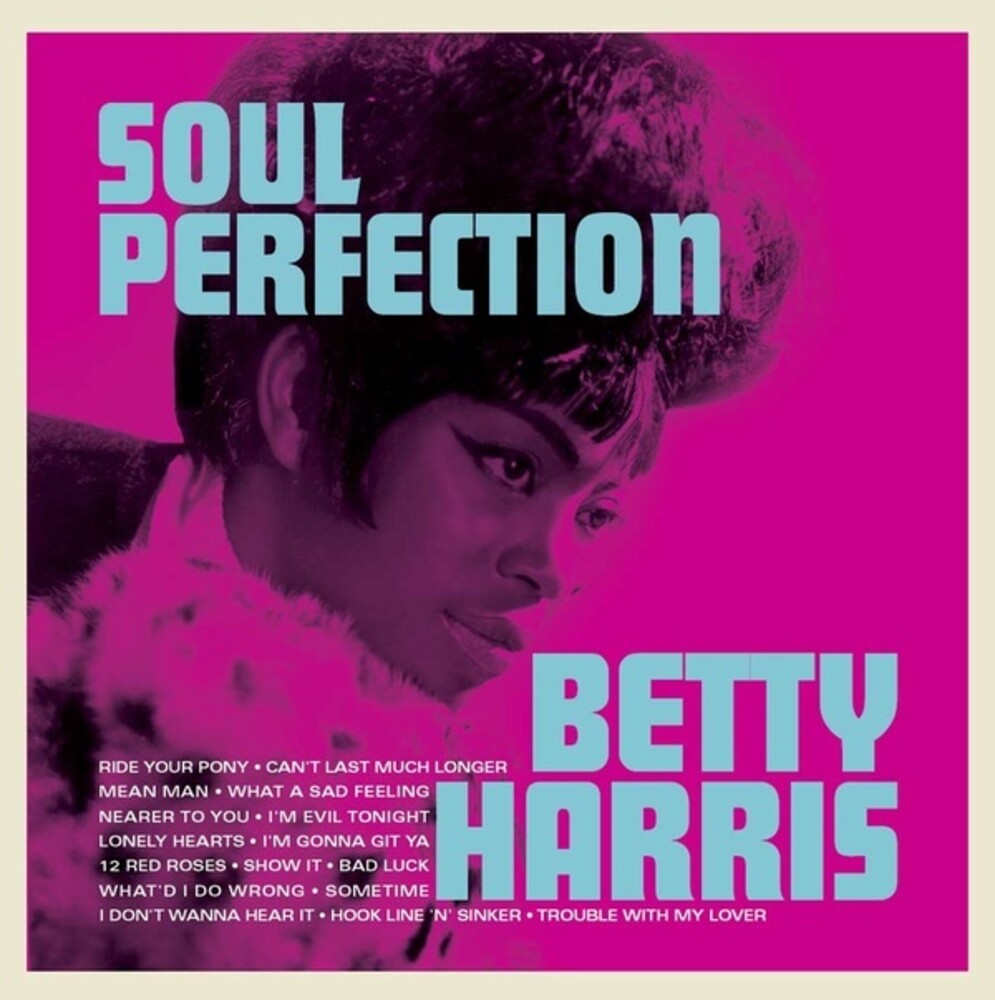 Limited 180gm vinyl LP pressing. Soulgramma present a reissue of Betty Harris' Soul Perfection, originally released in 1969. Soul singer Betty Harris - mainly known for her Jubilee and Sansu recordings - was born in 1939 in Orlando, Florida. As a teenager she worked as a mate for Big Maybelle who encouraged her to start singing. First recording was released in 1962, her major hit was a cover of Solomon Burke's "Cry To Me" in 1963. Taken at a slower pace, Harris' rendition turned the song into a Billboard Hot 100 number 23 hit and soon became a deep soul classic. A total of three further singles including a reissue of "Cry To Me" were released on Jubilee with "His Kiss", which was released on January 4, 1964, another deep soul ballad, reaching the lower part of the Billboard Pop and R&B charts. In 1964, Betty Harris switched record labels to Sansu, a New Orleans label, where she was produced by Allen Toussaint. Her recordings with Sansu produced ten singles and Toussaint raw yet sophisticated Southern soul arrangements behind Harris' rich, distinctive vocal, are considered prime specimens of the classic soul era. Soul Perfection, originally licensed on UK label Action in 1969, was in fact a collection of her previous works on Sansu, a rare groove affair rapidly in demand between a crowd of obsessive fans all over the world. Harris retired from performing in 1970 to raise a family and made an occasional return in 2007 with the album Intuition.