Carol Woods - Out Of The Woods | RECORD STORE DAY 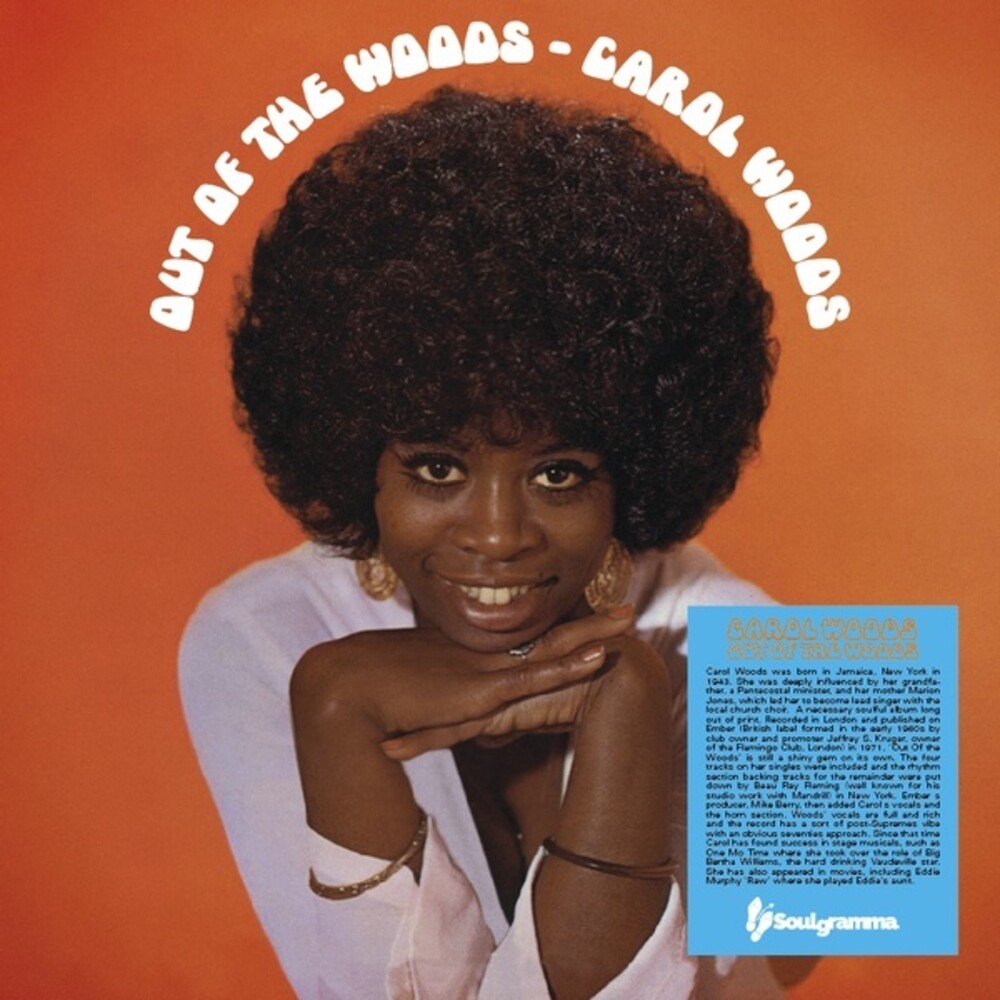 Limited 180gm vinyl LP pressing. Soulgramma present a reissue of Carol Woods's Out Of The Woods, originally released in 1971. Carol Woods was born in Jamaica, New York in 1943. She was deeply influenced by her grandfather, a Pentecostal minister, and her mother Marion Jones, which led her to become lead singer with the local church choir. A necessary soulful album long out of print. Recorded in London and published on Ember (British label formed in the early 1960s by club owner and promoter Jeffrey S. Kruger, owner of the Flamingo Club, London) in 1971, Out Of The Woods is still a shiny gem on it's own. The four tracks on her singles were included and the rhythm section backing tracks for the remainder were put down by Beau Ray Fleming (well known for his studio work with Mandrill) in New York. Ember's producer, Mike Berry, then added Carol's vocals and the horn section. Woods's vocals are full and rich and the record has a sort of post-Supremes vibe with an obvious seventies approach. Since that time Carol has found success in stage musicals, such as One Mo Time where she took over the role of Big Bertha Williams, the hard drinking vaudeville star. She has also appeared in movies, including Eddie Murphy Raw (1987) where she played Eddie's aunt.