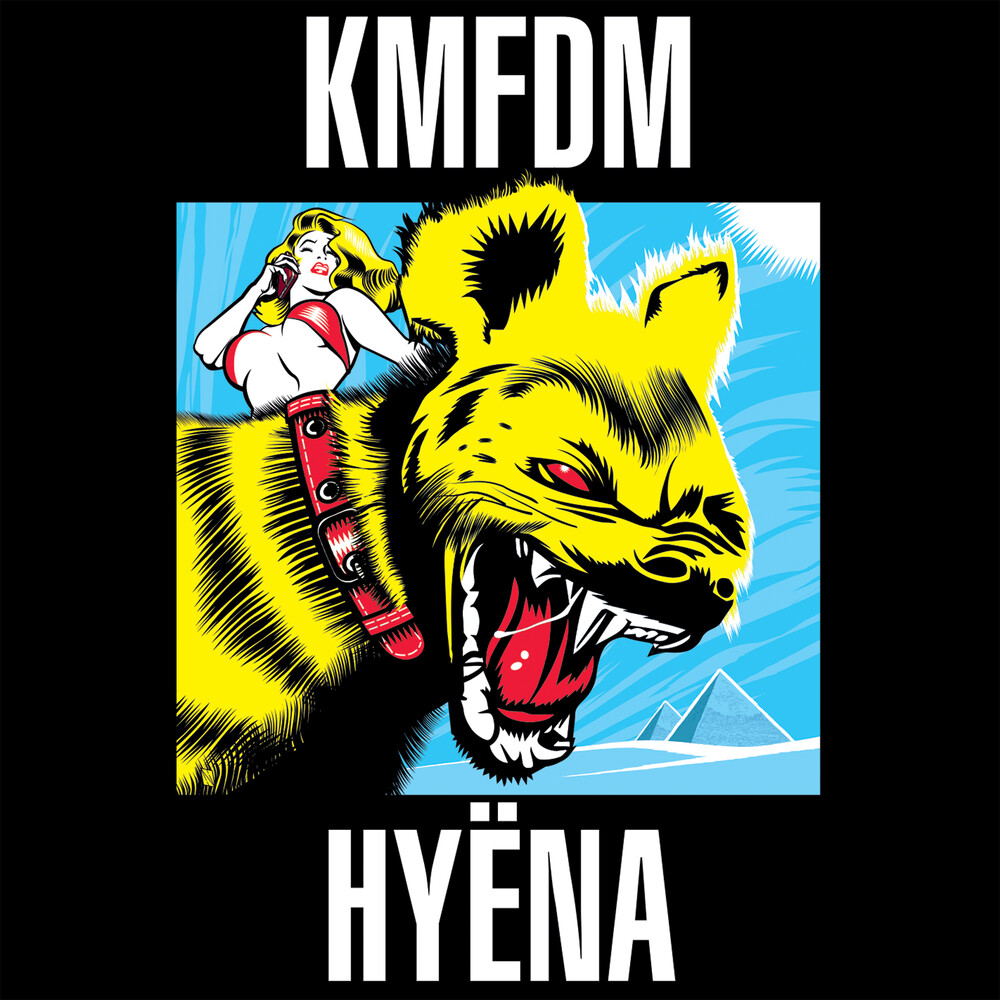 KMFDM has forged it's own singular path over the course of 38+ years, refining & redefining the parameters of modern music, never missing the opportunity to address the social & political zeitgeist in brazen, belligerent, & boisterous fashion. HYENA marks the 22nd studio album from the Ultra Heavy Beat, & what title could be more appropriate as the band laughs mockingly at the frayed & frantic state of world affairs. Driven by the vicious & virulent vocal onslaught of founder Sascha "Käpt'n K" Konietzko & Lucia Cifarelli, the aural & angular guitar wizardry of Andee Blacksugar, & the forceful percussive thrust of Andy Selway, HYENA blasts through the speakers with the force of a napalm airstrike. From the hip-thrusting rock & roll swagger of "BLACK HOLE," the in-your-face industrial/rock of "LIQUOR FISH & CIGARETTES," & the funky hip-hop overtones of "ROCK'N'ROLL MONSTER," to the punky thrash metal fury of "BLINDFACE," the sardonic blackgrass whimsy of "DELUDED DESPERATE DANGEROUS & DUMB," & the irresistibly danceable electro of "HYENA" - KMFDM remains as vital as ever, never afraid to assimilate any musical style, all the while keeping the lyrical talons sharpened & poised to strike against any & all injustice. Several members of the KMFDM family return to leave their indelible marks on HYENA, like guitarist Jules Hodgson, rapper Andrew "Ocelot" Lindsley, & Bruce Breckenfeld on the Hammond B3. On top of that, Sissy Misfit appears to add a decidedly venomous digital hardcore flavor to "ALL WRONG - BUT ALRIGHT," leaving Kumar Bent to close us out with the familiar yet fresh dub take on a KMFDM classic on "IN DUB WE TRUST." HYENA is a maniacal laugh in the face of maniacs who assume control, desperately trying to convince you that what you see, what you hear, what you read is not real - don't you believe it! Nearly four decades on, KMFDM continues to keep it real for you as HYENA proves to be among the group's leanest & meanest efforts, feeding fuel to the fury!