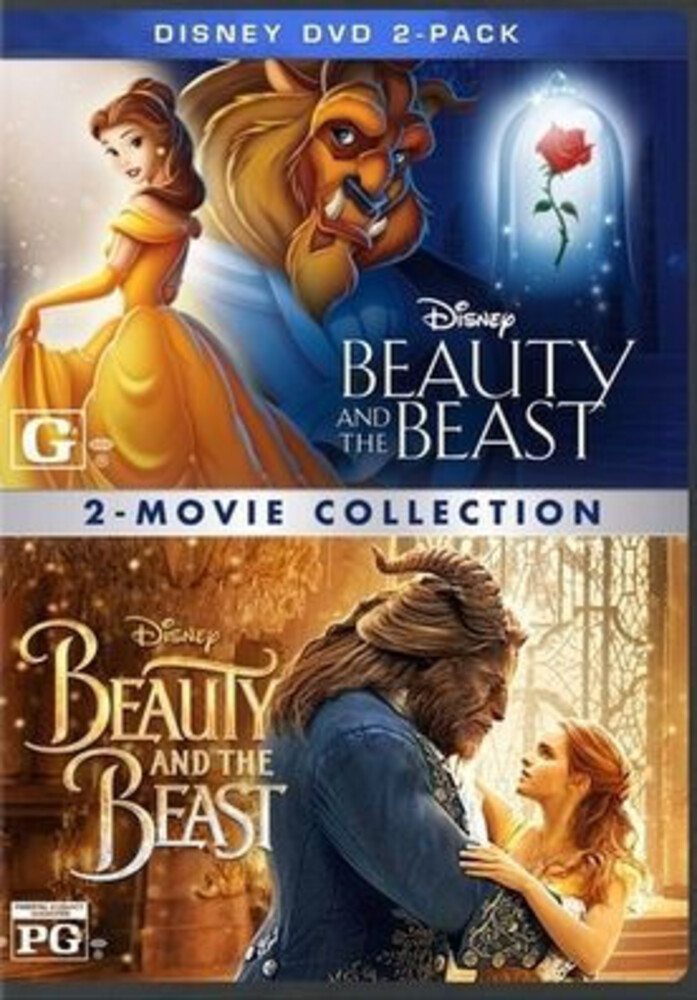 Two-disc set includes: Beauty And The Beast (1991)The first animated feature to be nominated for Best Picture, Disney's enchanting romance follows the blossoming relationship between the beautiful, book-reading Belle and the ferocious Beast, a former prince who lives in a lonely castle and has been cursed until he recognizes the power of love. With voices provided by Paige O'Hara, Robby Benson, Angela Lansbury, and Jerry Orbach; songs by Alan Menken and Howard Ashman include "Be Our Guest," "Belle," and the Oscar-winning title tune. 92 min. C/Rtg: G Beauty And The Beast (2017)Disney's memorable 1991 animated musical take on the classic Gallic fable received a lush, popular, and equally enchanting live-action do-over, as fate brings the lovely and literate village lass Belle (Emma Watson) to a cursed castle whose lord has been doomed by his cruelty and arrogance to live out his days as the hideous Beast (Dan Stevens). Will he-and his coterie of houseservants transformed into housewares-be rescued by the curative power of love? Ewan McGregor, Ian McKellen, Emma Thompson. Kevin Kline, Luke Evans, Josh Gad also star. 120 min. C/Rtg: PG