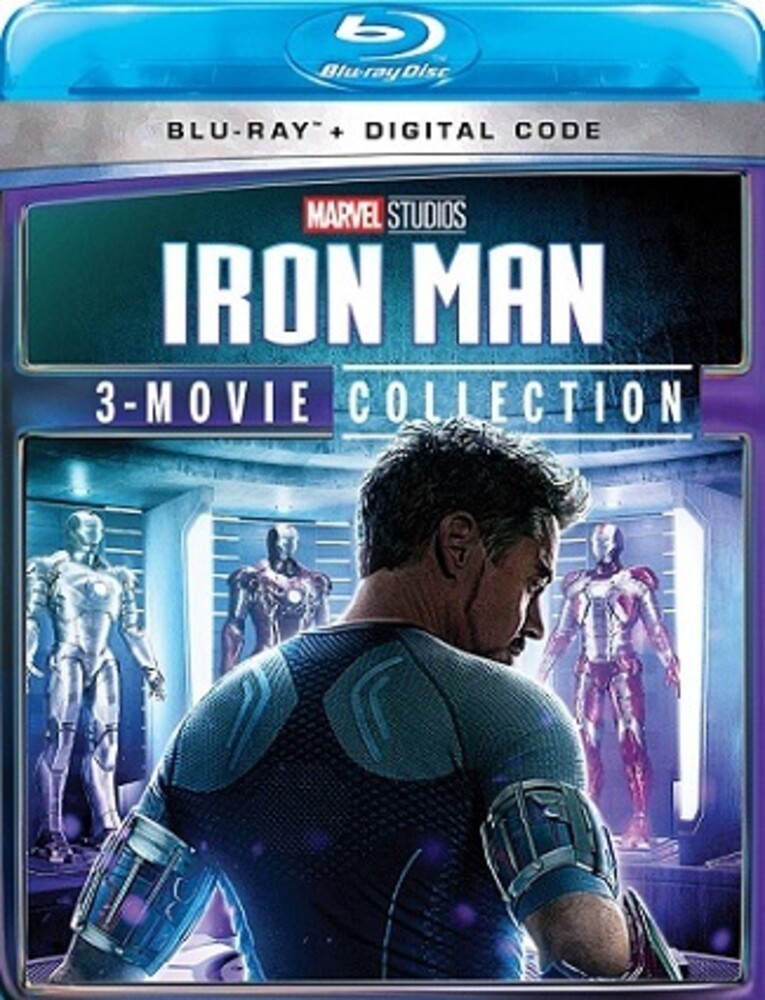 Three-disc set includes: Iron Man (2008)Wounded and captured in Afghanistan by guerrillas who need him to build them a missile, billionaire playboy and weapons designer Tony Stark (Robert Downey, Jr.) crafts a high-tech suit of armor and turns the tide on his captors. Using his new invention to fight the forces of evil, the newly minted superhero Iron Man finds his greatest foe may be one of his closest friends. Director Jon Favreau's adaptation of the Marvel Comics hero also stars Terrence Howard, Gwyneth Paltrow, and Jeff Bridges. 125 min. C/Rtg: PG-13 Iron Man 2 (2010)Tony Stark's (Robert Downey, Jr.) erratic behavior and his refusal to turn over his Iron Man tech to the U.S. government put him at odds with old friend Lt. Col. James Rhodes (Don Cheadle). But when a rival weapons manufacturer (Sam Rockwell) teams up with a Russian criminal (Mickey Rourke) with a vendetta against Stark, Iron Man and Rhodes (who armors up as War Machine) must work together to take them down. Hit sequel co-stars Gwyneth Paltrow, Scarlett Johansson, and Samuel L. Jackson as Nick Fury; directed by Jon Favreau. 124 min. C/Rtg: PG-13 Iron Man 3 (2013)In his third solo adventure, Tony Stark's (Robert Downey, Jr.) armored alter ego has his hands full with a host of deadly new threats. As Iron Man faces a group of soldiers who've been given super powers courtesy of the Extremis serum, he must also contend with their master, a mysterious terrorist leader called the Mandarin (Ben Kingsley). But is this dangerous villain really what he appears to be, or is someone even more sinister pulling the strings? With Gwyneth Paltrow, Don Cheadle. 130 min. C/Rtg: PG-13 Widescreen; Soundtrack: English.