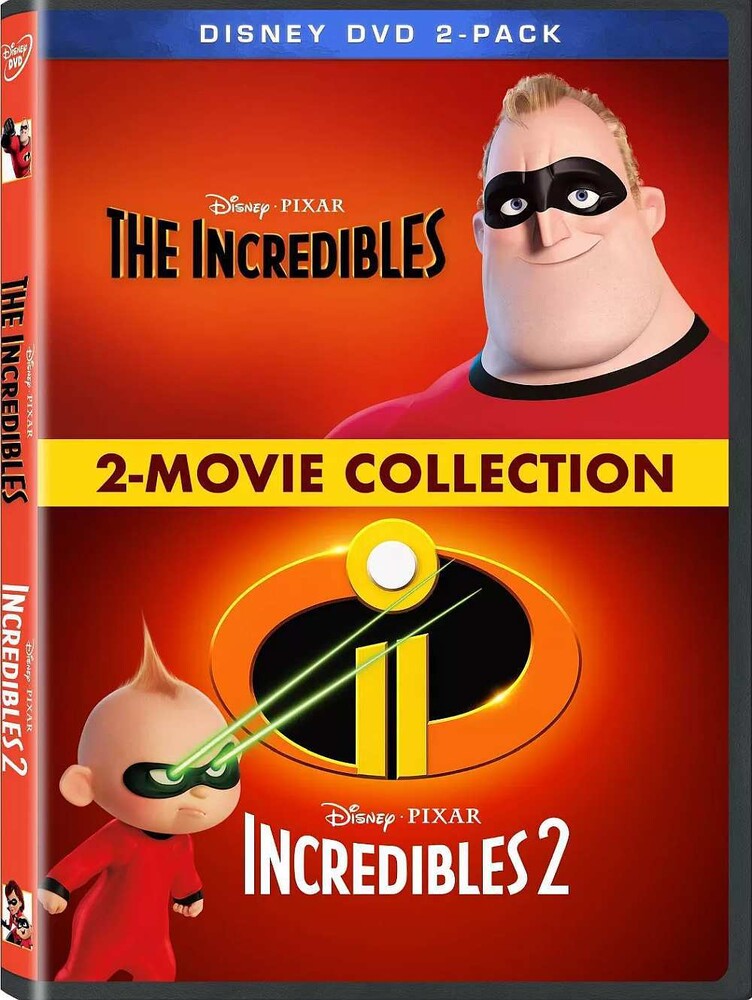 Two-disc set includes: The Incredibles (2004)Pixar Studios' fantastical Oscar-winning foray into the world of superheroes centers around a family of costumed crimefighters who get stuck in a mundane suburban life after a series of lawsuits forces them to keep a low profile. But when an offer for a new assignment turns out to be a trap set to capture family patriarch Mr. Incredible (voiced by Craig T. Nelson), it's up to stretchy spouse Elastigirl (Holly Hunter) and the rest of the brood to save him, and the world, from vile villain Syndrome (Jason Lee). Additional voices by Samuel L. Jackson, Wallace Shawn. 115 min. C/Rtg: PG Incredibles 2 (2018)After 14 years, the power-packed Parr family made a smash return to the screen with this hit Pixar effort. When wealthy entrepreneurs seek to rehabilitate the tarnished image of supers-and choose Elastigirl (voiced by Holly Hunter), alone, to take point-Mr. Incredible (Craig T. Nelson) draws the daunting assignment of taking care of the kids. Will the touchy arrangement leave them open to the new menace of the Screenslaver? With the voices of Samuel L. Jackson, Sarah Vowell, Huck Milner, Brad Bird. 118 min. C/Rtg: PG