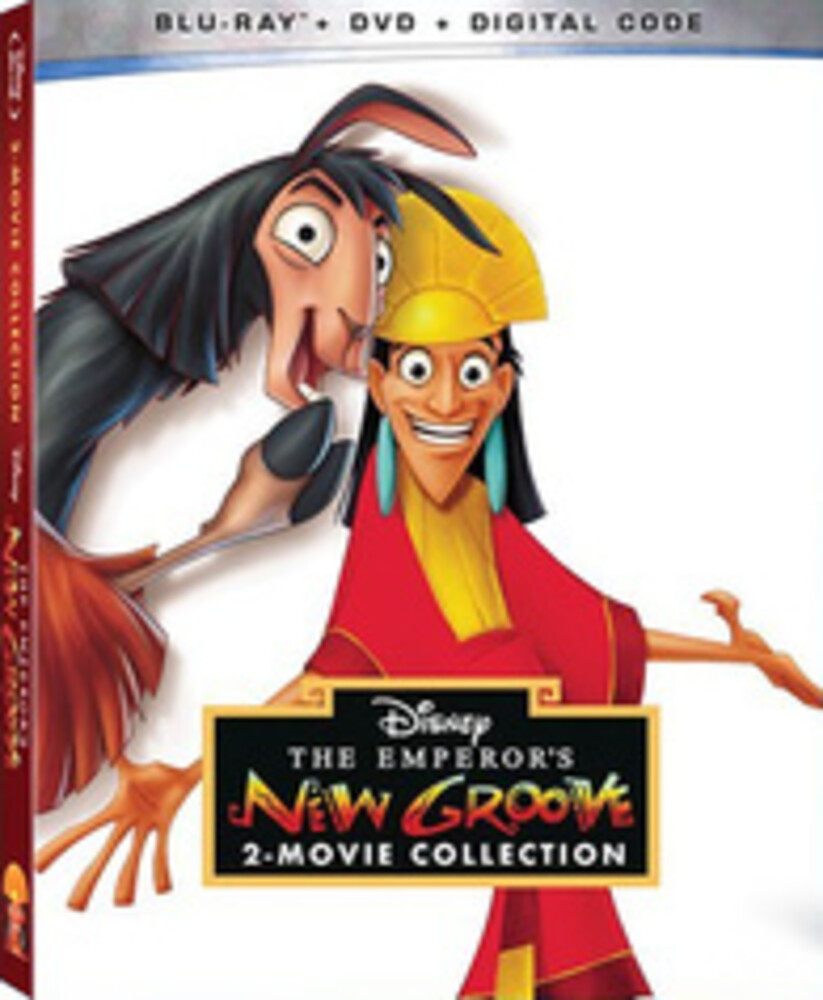 Three-disc set includes: The Emperor's New Groove (2000)The most slapstick Disney animated feature in many a moon, this fast-paced romp features David Spade voicing Kuzco, the self-centered ruler of an Incan-like South American kingdom who, thanks to a potion from a fired advisor (Eartha Kitt), is turned into a talking llama. Cast out into the jungle, Kuzco is helped by a kindly peasant (John Goodman) and learns a lesson in humility and friendship. Songs include "Perfect World," "My Funny Friend and Me." Also voiced by Eartha Kitt, Patrick Warburton, Wendie Malick. 78 min. C/Rtg: G Kronk's New Groove (2005)Hilarious follow-up to "The Emperor's New Groove" follows dim henchman Kronk as he starts a new life on the straight and narrow. While working at Camp Chipmunka, he leads a pack of eager youths and tries to romance a beautiful counselor. But when his gruff father arrives, Kronk focuses his energies on winning his old man's approval. With the voices of Patrick Warburton, David Spade, John Goodman, Tracey Ullman, and Eartha Kitt. 75 min. C/Rtg: G