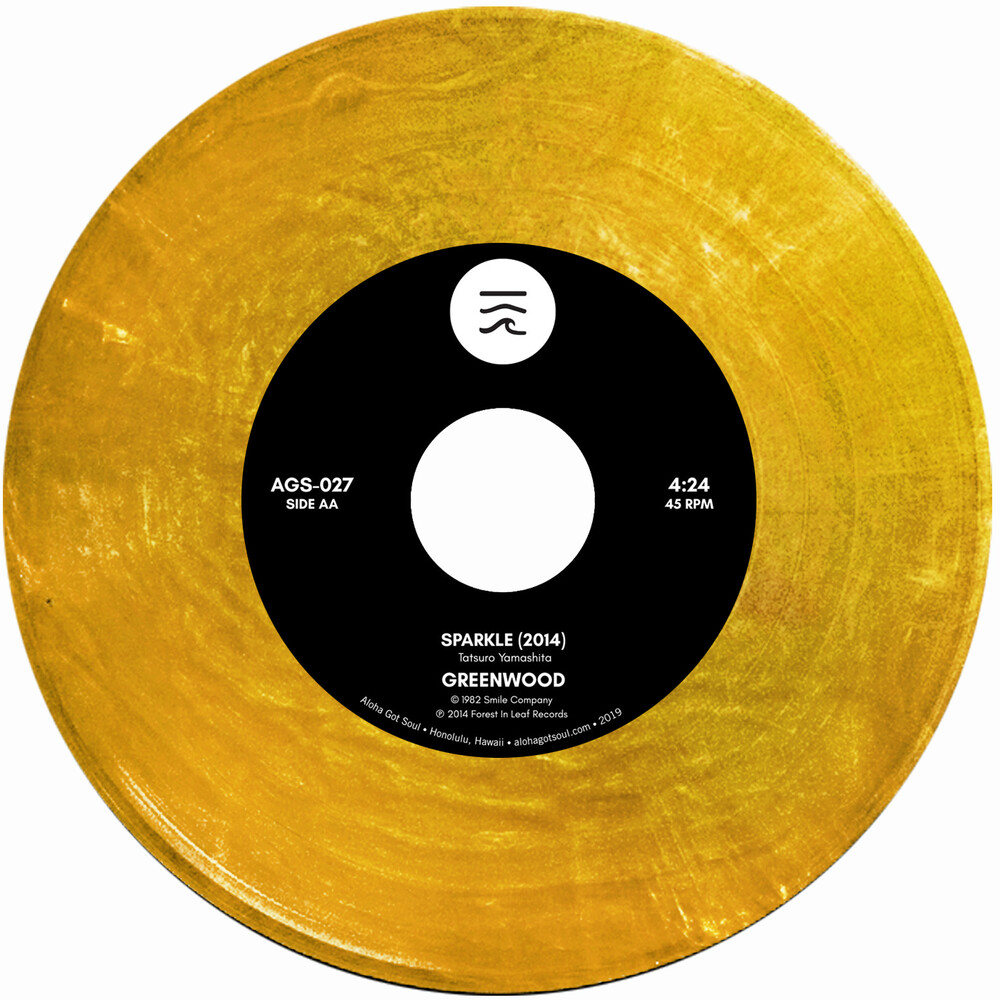 Rarely do you find English covers of Tatsuro Yamashita tunes, but in 1985 Hawaii's own Greenwood cut their take on "Sparkle" from the classic album, For You. Greenwood planned to release a full length album following the single's success. Unfortunately, the 7-inch made no waves in the Hawaii market back then. The band scrapped all plans to do an LP. Fast forward 25 years and DJ Muro's "Hawaiian Breaks" mix brought Greenwood back to life. Muro's inclusion of "Sparkle" propelled Greenwood back into the world - bassist and bandleader Robin Kimura got so many calls from Japanese collectors about dead stock that he decided to do a repress. Kimura couldn't keep up with demand. Today, the reissue is rarely seen available online.With renewed interest from abroad (and a local fanbase looking to revisit their heydays now that their children had moved out of the house), Kimura and his bandmates returned to the studio in 2014 to finish what they had started: a full length album. Realized almost 30 years later, Greenwood's debut LP, Lost In Paradise, featured a refreshed version of "Sparkle" that maintains the original track's essence. For the first time, both versions are together on 7-inch in limited quantities on color and black vinyl. Greenwood is currently back in the studio, recording their sophomore album. Let's hope there are more Tatsuro Yamashita covers on the way.