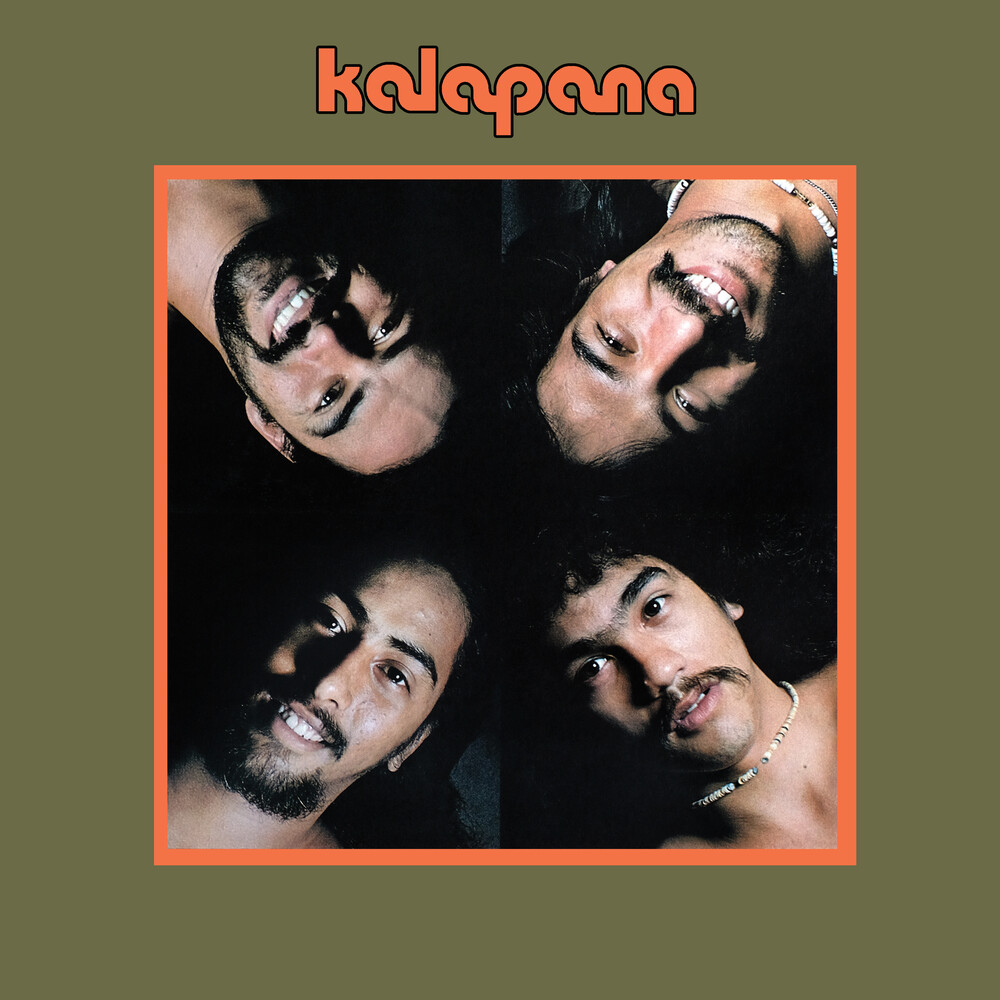 Vinyl LP pressing. The paragon of 1970s pop paradise, Kalapana's 1975 recording debut left an indelible mark on Hawaii. With it's instantly recognizable cover art featuring the faces of the group's four members - Mackey Feary, Malani Bilyeu, David John Pratt, and Kirk Thompson - the eponymous album presented 11 masterfully crafted songs, each purposefully poised to become a hit. Following a successful concert tour of the Hawaiian Islands, the band moved to California in October 1975 to work on their first album, Kalapana. They already had an idea for what a great record should sound like. "We grew up listening to the Beatles, and every song on a Beatles record was a hit," reflects keyboardist Thompson. "That was the standard, so we operated at that level." And in the 1960s and 70s, the standard was incredibly high: groups like the Beatles, Tower of Power, Eric Clapton, Santana, Earth Wind & Fire, James Taylor, Stevie Wonder, Crosby Stills Nash & Young, and Elton John filled the radio airwaves and record store bins. "In our heads, that's who the competition was. We had to be just as good." Released by the end of 1975, the album sold 125,000 copies in it's first 16 months.