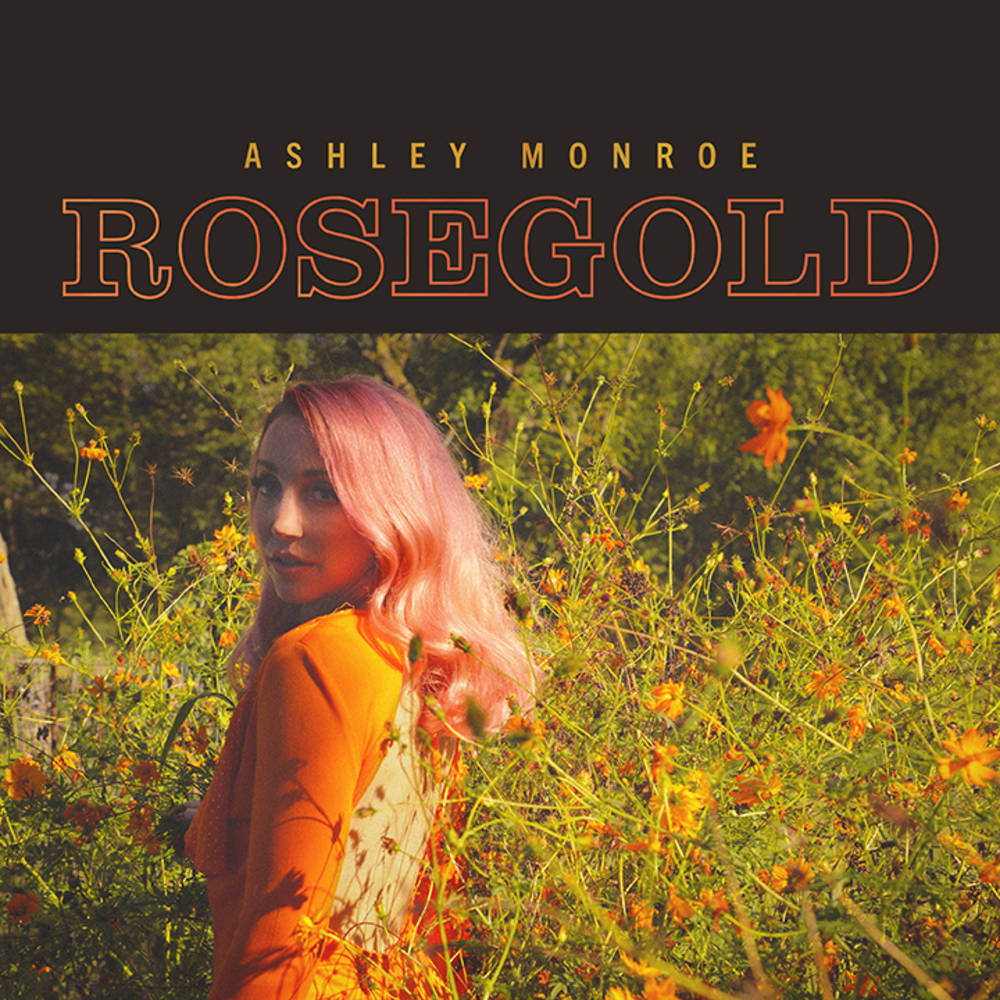 The world looks a little different through rose gold sunglasses. At least, that’s what Ashley Monroe has found.

“Everything’s a bit more magical when I put them on,” she says, “a bit more miraculous. It’s a beautiful way to go through life.”

It makes sense, then, that Monroe’s spectacular new album, Rosegold, is her most joyous, blissed-out collection yet. Written and recorded over the past two years, the record finds theGRAMMY-nominated Nashville star pushing her sound in bold new directions, drawing on everything from Kanye West and Kid Cudi to Beck and The Beach Boys as she layers lush vocal harmonies atop dreamy, synthesized soundscapes and sensual, intoxicating beats. Monroe worked with a variety of producers on the album, letting the tracks dictate her direction rather than any arbitrary adherence to genre or tradition, and the result is a record as daring as it is rewarding, an ecstatic, revelatory meditation on happiness and gratitude that tosses expectation to the wind as it celebrates our endless capacity to love, and to be loved, even in the midst of chaos and tragedy.

“I’ve always been good at writing sad songs because I’ve experienced a lot of sadness in my life,” Monroe reflects. “When my son was born, though, it was like some sort of innocence got plugged back into my heart. I’d never really felt that kind of joy before, and I wanted to find a way to make it last.”

Born in Knoxville, TN, Monroe first began turning heads in Nashville as a teenager, when she arrived in town with a notebook full of mature, emotionally sophisticated songs that belied her young age. A jack-of-all-trades, she picked up work behind the scenes at first, singing on sessions at Jack White’s Third Man Studios and penning tunes that would appear on albums by the likes of Guy Clark, Carrie Underwood, Jason Aldean, and Miranda Lambert. Monroe and Lambert forged a close personal bond through their collaborations, and in 2011, they teamed up with fellow Nashville journeywoman Angaleena Presley to launch the critically acclaimed trio Pistol Annies, which would go on to top the Country Album charts, crack the Top 5 on the Billboard 200, and earn a GRAMMY nomination for Best Country Album. Monroe’s solo output was equally lauded, with NPR hailing her work as “subtle and breathtaking” and Rolling Stone praising her writing as “riveting [and] sharp-witted,”and over the course of three studio albums, she would land her own GRAMMY nomination for Best Country Album, share bills with the likes of Vince Gill and John Prine,and perform everywhere from The Tonight Show and Conan to Late Night and The View.