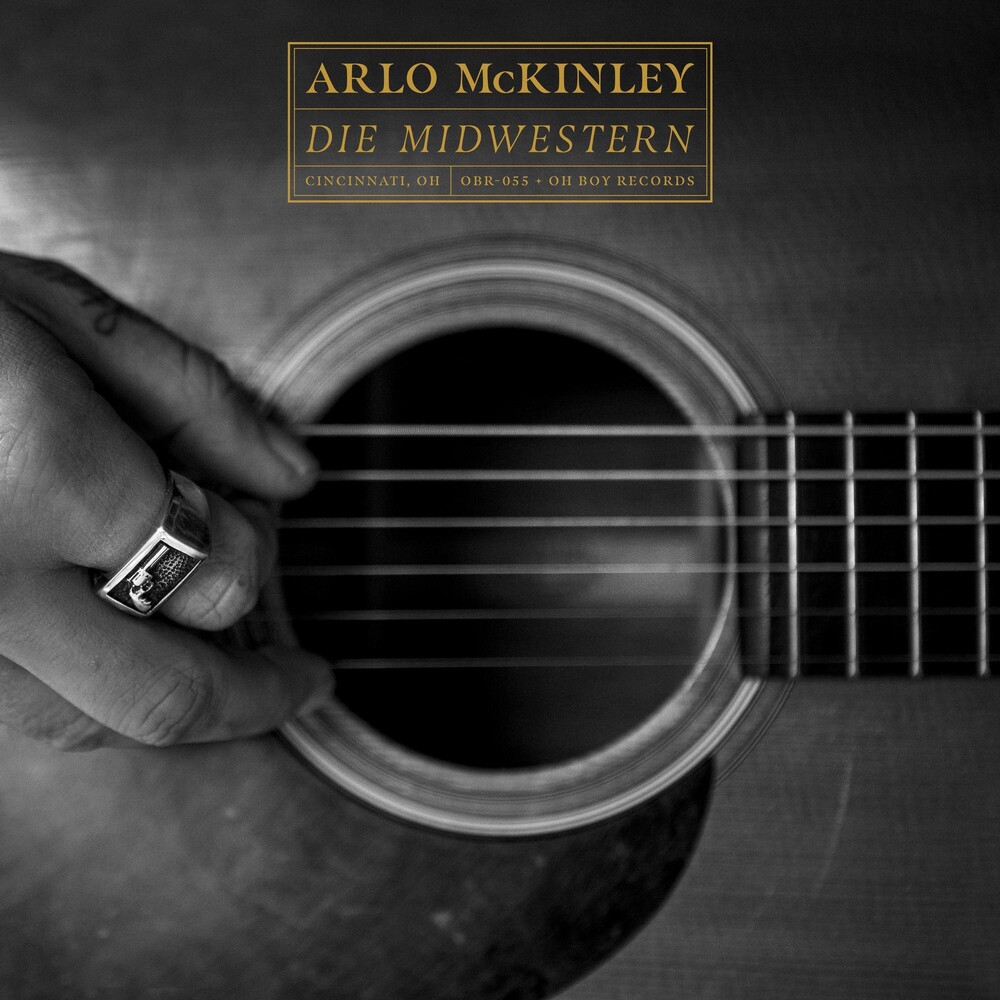 2020 release. Coming out of the eclectic Cincinnati music scene that has produced everyone from The National and Walk the Moon to Bootsy Collins, Arlo McKinley has washed his songs in the blood of street soul, country, punk and gospel - and tattooed them onto the underground. Filled with a weight, honesty and gritty-hope from rustbelt city life, McKinley rolled downriver to Memphis to Sun Studio where Grammy Award-winning producer Matt Ross-Spang (Jason Isbell, Margo Price, John Prine) gathered a working man's all-star band to record his Oh Boy Records debut, Die Midwestern. McKinley's 10 original songs bleed truth and emotion from a heart scarred by wild nights and redeemed by Sunday morning confessions. "She's Always Around," "Suicidal Saturday Night," "Bag of Pills" and "Ghost" - a song he wrote in a funeral home parking lot after carrying the coffin of his best friend - are all songs carved out in the key of life. Filled with a hardscrabble spirit akin to the late, great Johnny Paycheck, McKinley is making a name for himself that blue-collar way - humbly stacking piles of soulful acoustic songs that hurt so good. Along the way, he has shared stages with kindred musical spirits John Moreland, Jason Isbell, Justin Townes Earle, Lucero, and contemporaries Tyler Childers, Ian Noe, and Colter Wall.