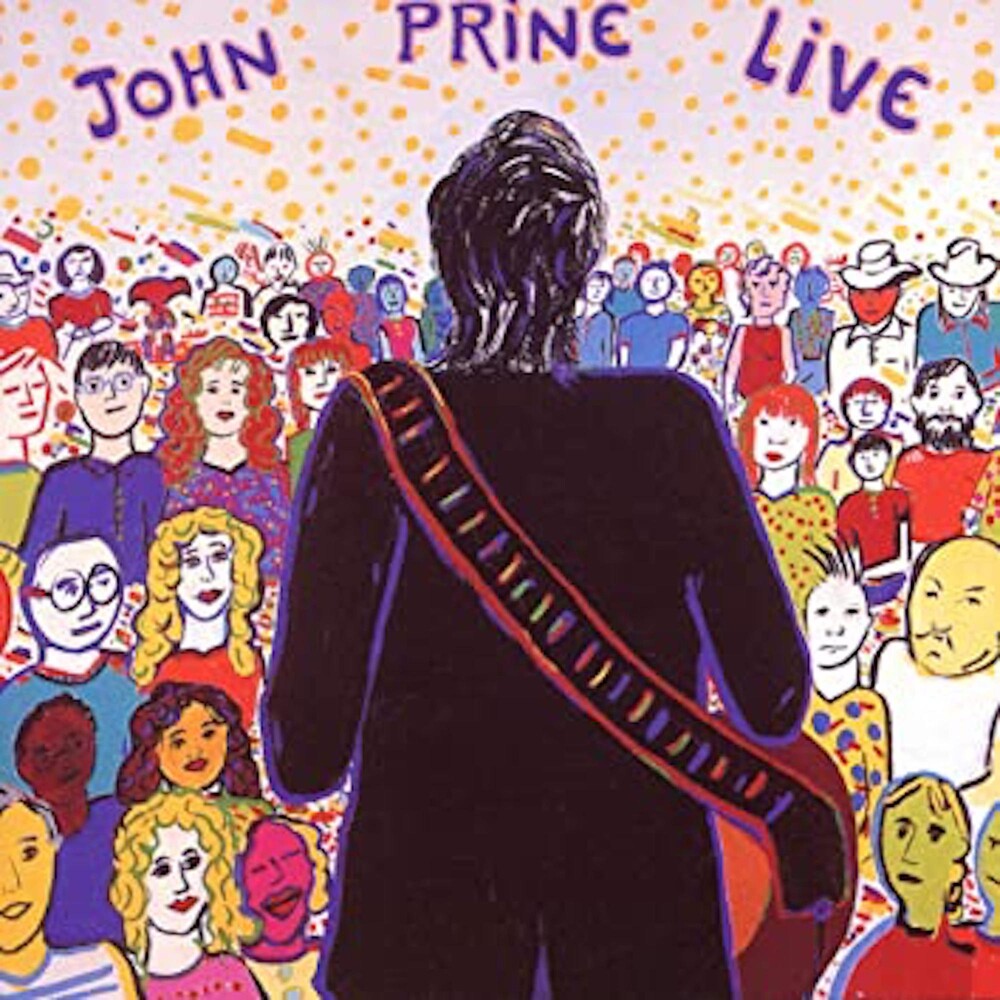 (Please call first)
DISC: 1
1. Come Back to Us Barbara Lewis Hare Krishna Beauregard
2. Six O'Clock News
3. The Oldest Baby in the World
4. Angel from Montgomery
5. Grandpa Was a Carpenter
6. Blue Umbrella
7. Fish and Whistle
8. Sabu Visits the Twin Cities Alone
9. Living in the Future
10. Illegal Smile
11. Mexican Home
12. Speed of the Sound of Loneliness
13. The Accident (Things Could Be Worse)
14. Sam Stone
15. Souvenirs
16. Aw Heck
17. Donald and Lydia
18. That's the Way That the World Goes Round
19. Hello in There

Originally released in 1988 on Oh Boy Records, John Prine’s own independent label, John Prine Live was his very first LIVE album. It was taped mostly during a three-day stint at The Coach House in San Juan Capistrano, CA. Tracks include performances of "Angel from Montgomery" featuring guest vocals from Bonnie Raitt, "Souvenirs," "Sam Stone," “Hello In There” and many more. For the first time since the original vinyl pressing in 1988, Oh Boy Records has repressed John Prine Live on 2 LPs to be released 11/20/2020