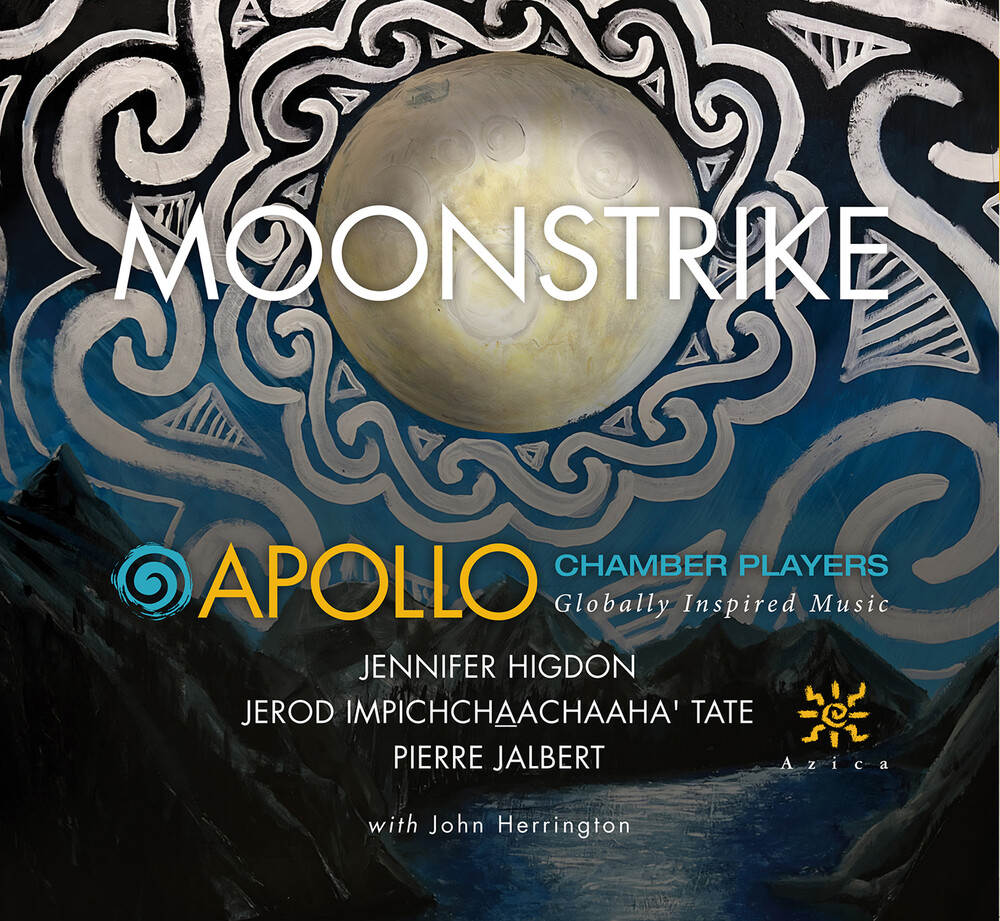 Apollo Chamber Players' sixth commercial album, MoonStrike, is a universal celebration of storytelling, space and folk song, realized through new works by Jennifer Higdon, Jerod Tate, and Pierre Jalbert. Higdon's In the Shadow of the Mountain (2020) is inspired by her upbringing in the Great Smoky Mountains and incorporates the sounds and colors of the area. Next is the title work, Emmy-winning Chickasaw composer Jerod Impichchaachaaha' Tate's multidisciplinary MoonStrike (2019), which honors the Apollo space program through American Indian moon legends as narrated by astronaut John Herrington, the first Native American to fly in space. French-Canadian composer Pierre Jalbert's L'esprit du Nord "Spirit of the North" (2019) is a three-movement work that fuses three of his culture's folk songs with his unique, contemporary musical language.