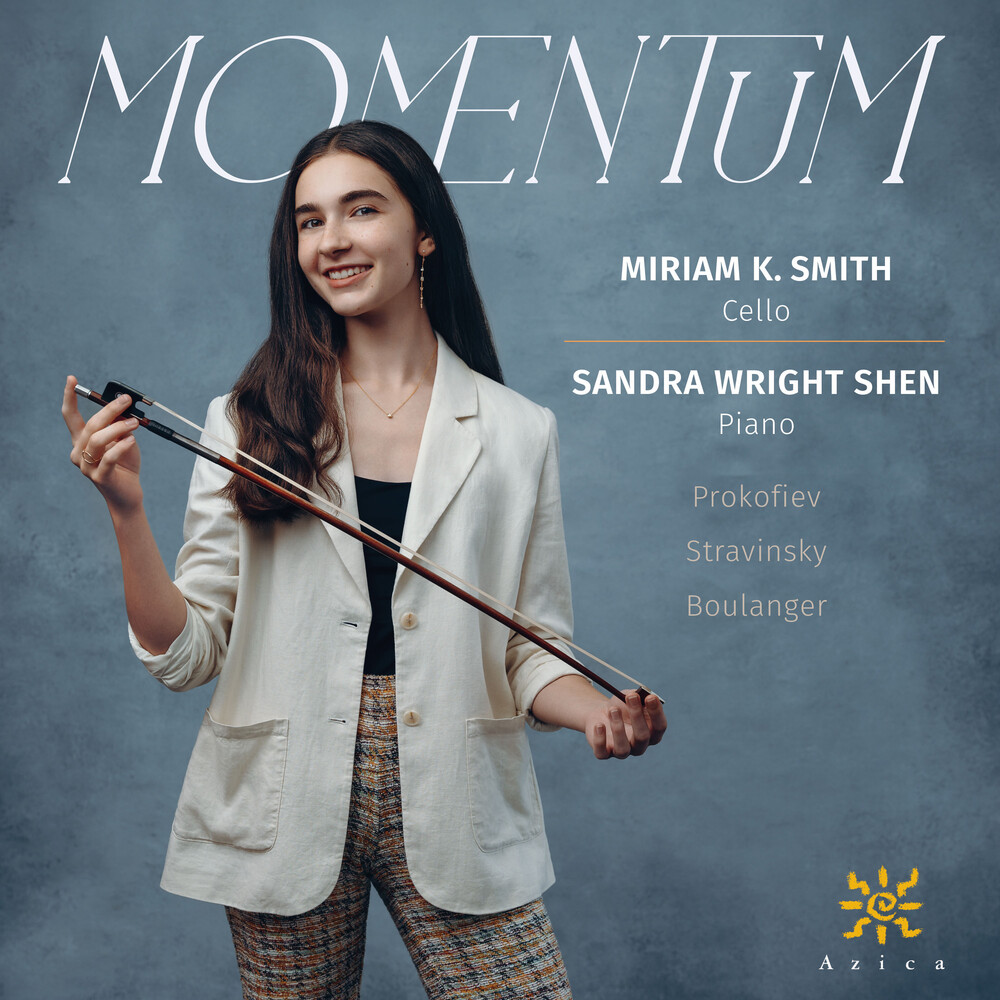 Miriam K. Smith writes of her debut Azica release: "When a wave begins, it gathers momentum, so with this collection of music I see a gathering of energy (deep calling unto deep) into our modern era. I perceive this momentum in each of these composers' works propelling the arts forward in their time. There are admirable qualities to all three composers featured in this collection in the way they have contributed to our current moment in time. Parisienne Ms. Boulanger's influence is at the heart of so many modern composers and musicians. Students of Nadia's are still among us carrying her contribution forward. Mr. Prokofiev gave us such unique harmonies and rich themes that evoke what we view as Russian. He was one of the Russian composers who spent time outside the Soviet Union and thus was able to have and receive influence from other locales and people. His time in Paris would bring him in contact with ballet master Diaghilev (Ballets Russes). Mr. Stravinsky could also be found in Paris and under the spell of Mr. Diaghilev, the ballet master who thought to bring in all the arts for his shows. Stravinsky risked offending audiences as he moved in the momentum set before him. [Incidentally, Ms. Boulanger did attend the Stravinsky debut of Firebird in Paris under the direction of Mr. Diaghilev.] Connections, influence, wave, momentum... And so, we continue today in the wave of momentum which began long ago... "