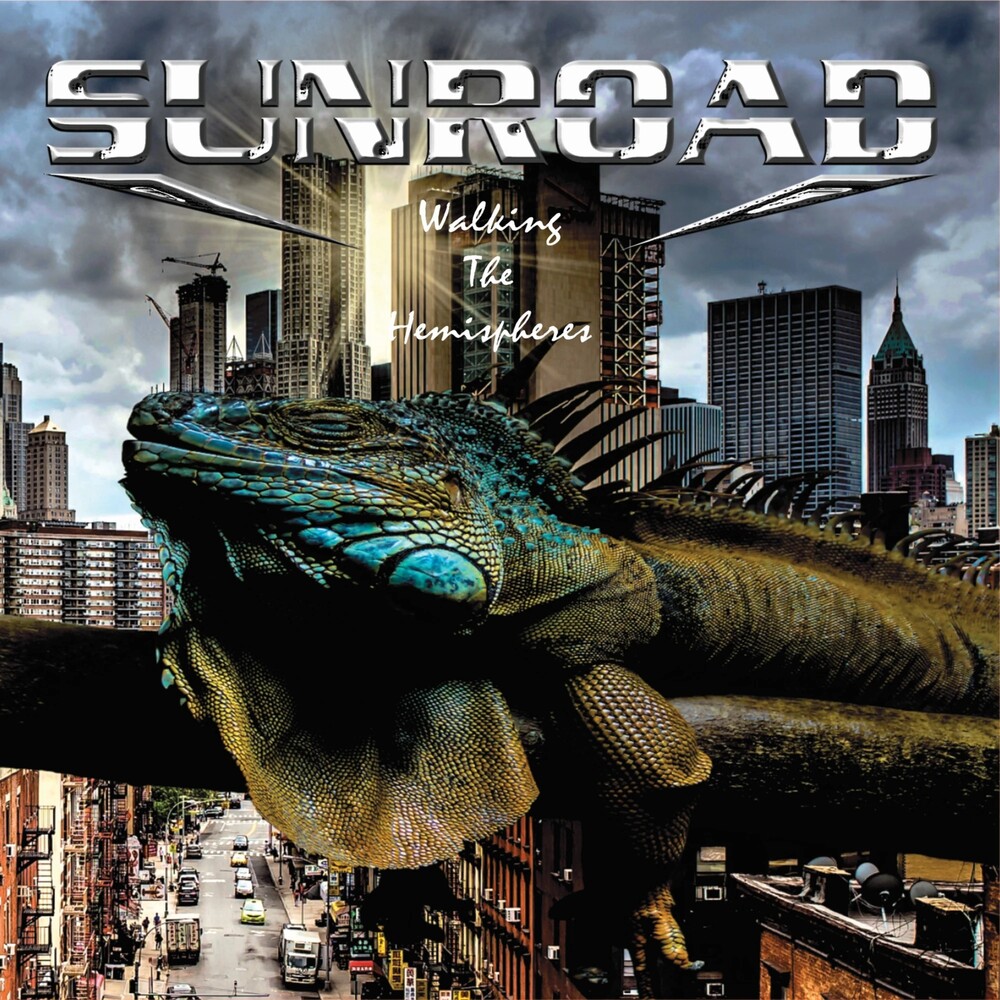 (Please call first)
DISC: 1
1. Walking the Hemispheres
2. Living in a Dream (Red Sign Mirror)
3. Silence Erupting Inside
4. Crawling Back and Ahead
5. Shoot the Clock
6. Written in the Mist
7. Mighty Beauty and It's Chaos (Instrumental)
8. The Mess and It's Key
9. Halo of Hearts
10. Victim of Nowhere
11. Detached Picture of Venus
12. Try Me (Ufo Cover)

Walking The Hemispheres is the ninth studio album from Sunroad and was conceived soon after the pandemic hit the world. Following The "Heatstrokes" Album, Sunroad were several gigs In to the Heatstrokes Tour When They Abruptly, Had To Cancel Everything. The bands founding member, Fred Mika had been working with the French singer, composer and multi-instrumentist Steph Honde (Hollywood Monsters, which features members Vinny Appice and the keyboard player Don Airey) on several songs and as Sunroad's previous singer had quit the band during the pandemic, Fred Mika and Steph Honde started on working the next Sunroad album. Honde's Coverdale style vocals and Fred Mika's ideas blended Sunroad into a very interesting mixing of pure classic hard rock groups such Deep Purple, Whitesnake and U.F.O. with a touch of Brazilian groove. All the compositions and the recording sessions were recorded at Fred Mika's studio in Brazil, Musik studio, and Steph's studio in France, Sh studio. Fred wrote all the lyrics and explains that the isolation time was an experience for him and Steph that reflects in the spirit of the lyrics as well as the way that the compositions were developed. The title track is about the earth's hemispheres. High quality metal!