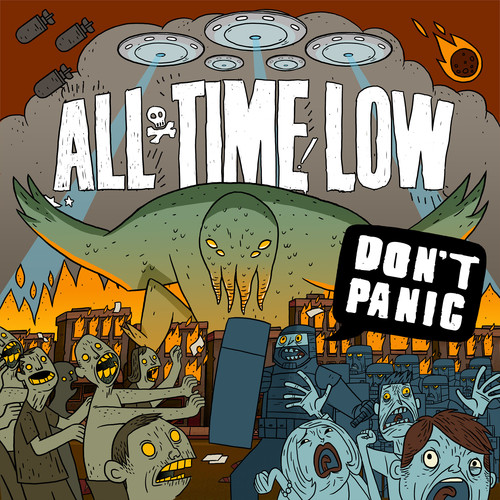 DISC: 1
1. The Reckless And The Brave
2. Backseat Serenade
3. If These Sheets Were States
4. Somewhere In Neverland
5. So Long Soldier
6. The Irony Of Choking On A Lifesaver
7. To Live And Let Go
8. Outlines
9. Thanks To You
10. For Baltimore
11. Paint You Wings
12. So Long, And Thanks For All The Booze

Since forming in the Baltimore suburbs in 2003, All Time Low have become one of the biggest pop-punk bands to emerge on the scene, building a grassroots following of die-hard with very little radio airplay and touring ethic that would rival road weary vets like Green Day.

Before they d even graduated high school, All Time Low released two raucous mission statements the 2004 EP The Three Words to Remember in dealing With the Endand the 2005 full-length The Party Scene and went on to sign with indie stalwart Hopeless Records. But it was their 2007 release So Wrong, It s Right that cracked everything wide open. All Time Low s third record, 2009 s Nothing Personal, fared even better, debuting at # 4 on the Billboard chart and earning them positive reviews from outlets as far-reaching as Alternative Press and the Washington Post. The band s homecoming to Hopeless Records marks the next chapter in their career, as they return in order to progress forward.