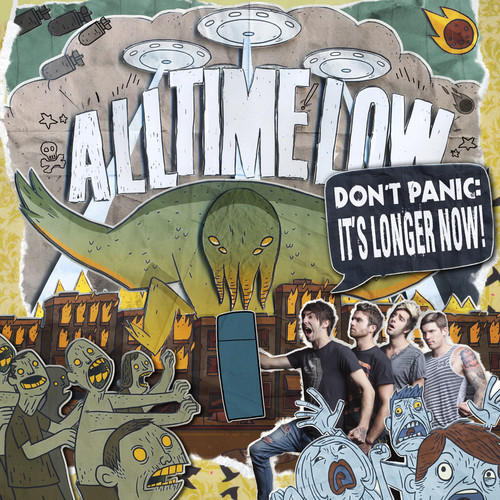 Since forming in the Baltimore suburbs in 2003, All Time Low have become one of the biggest pop-punk bands to emerge on the scene, building a grassroots following of die-hard fans with very little radio airplay and a touring ethic that would rival road-weary vets like Green Day. Don't Panic: It's Longer Now! Is a re-issue of the band s fifth full-length studio release, Don't Panic, which debuted at number 6 on the Billboard 200, featuring 4 brand new songs including the hit "A Love Like War (feat Vic Fuentes) plus 4 acoustic tracks!