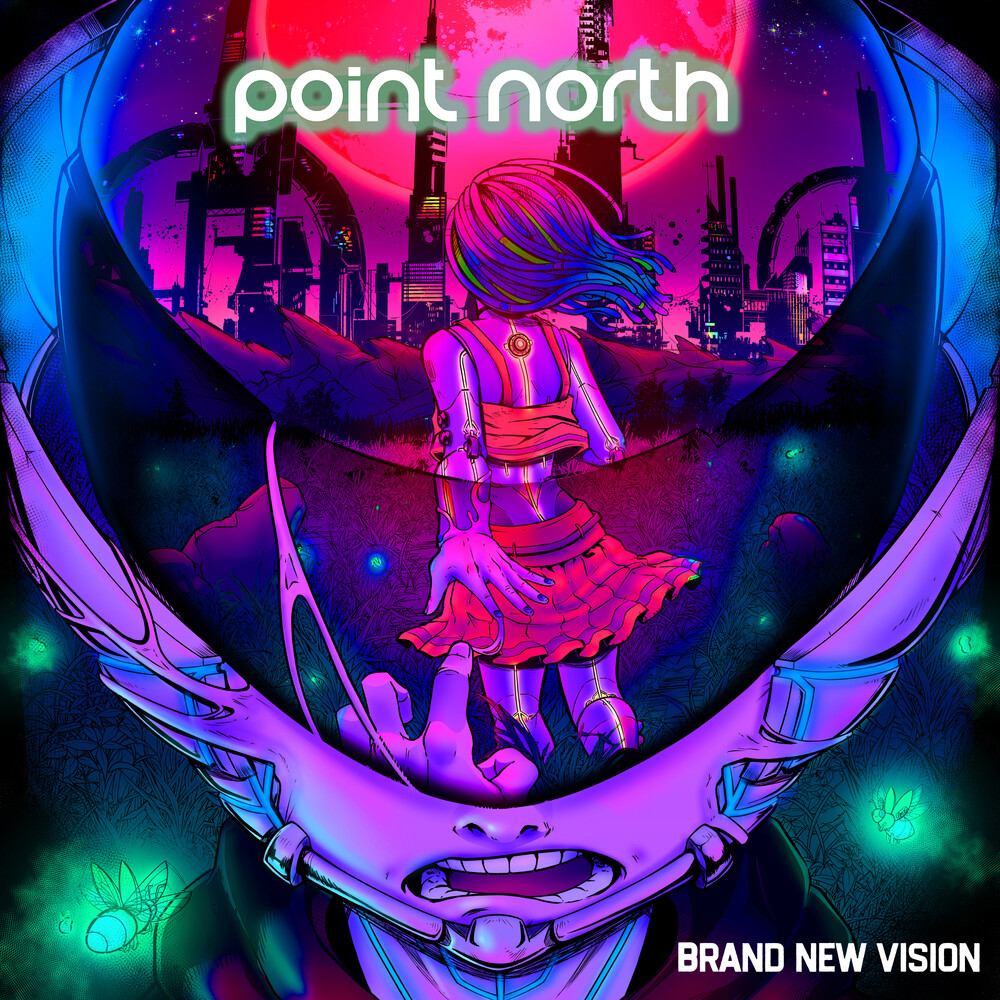 Taking inspiration from everything from hip-hop to pop and punk to metal, Point North are delivering a unique take on alternative rock that is unfortunately rarely seen in the genre. Brand New Vision, the band's debut album, is a concept album following the lead character "Drax", a robot trying to navigate through everyday human experiences and emotions and features guest appearances by Sleeping With Sirens front man Kellin Quinn and up and coming LA artist De'Wayne. Point North is led by front man Jon Lundin, who also records, produces and engineers out of his Los Angeles based studio, and has credits on songs and albums from artists 5 Seconds of Summer, Good Charlotte, Sleeping With Sirens, The Faim, and more. Point North are also very involved in philanthropic activities. With Jon being able to record the album himself, the band took $10,000 from the album's recording budget and offered to match donations up to that amount to No Kid Hungry, a non-profit fighting child hunger. So far they have raised over $9,000 and plan on continuing to promote this throughout the album cycle.