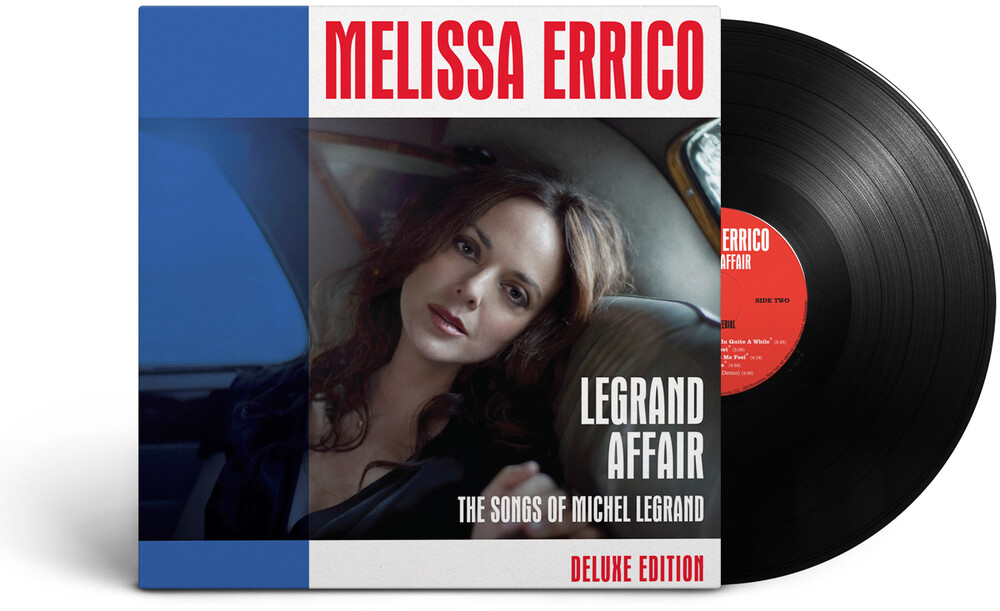 DISC: 1
1. What Are You Doing the Rest of Your Life
2. You Must Believe in Spring
3. The Windmills of Your Mind
4. The Summer Knows
5. I Havent Thought of This in Quite a While
6. Little Boy Lost
7. The Way He Makes Me Feel
8. Hurry Home
9. Dis Moi

When the great French composer Michel Legrand died in January of 2019, Melissa Errico could not have imagined how his spirit would come to dominate her year. Asked by The New York Times to offer the eulogy to her beloved collaborator, on Jan. 28, the Times published her long, affectionate appreciation. Not long after, she was invited to become the sole American performer to participate in the extraordinary two-day memorial to Legrand held in April at Paris' Le Grand Rex Theatre, the Radio City Music Hall of the French capitol, and after that to participate in an equally significant memorial later in the year at London's Royal Festival Hall. Along with the Paris concert, the leading French political and cultural magazine, La Regle du Jeu, published a much-extended version of her Legrand eulogy in French. In May, Melissa took her vision of the French composer to San Francisco for an extraordinary one-night concert, causing one reviewer to announce simply that "Errico is, and will continue to be, the premier interpreter of the musical legacy of Michel Legrand." She also curated a sold-out film festival, "The Summer of Legrand, " at the French Institute/Alliance Franc,aise (FIAF) in Manhattan over the summer of 2019, singing her own tribute after one of eight screenings. Then, something truly extraordinary happened. Searching through her Legrand memorabilia, she discovered a long-overlooked box of beautifully recorded demos she had made of Legrand songs, with Legrand himself on the piano, bassist David Finck and the great pop drummer Steve Gadd, produced by Phil Ramone - all exquisite sketches for the album that became the canonic "Legrand Affair" (also Co-Produced by Richard Jay-Alexander). She also discovered a series of living room recordings made with Michel at her piano, where he taught, sang, scatted and revealed his almost mystical gift for passing instantly from genre to genre, from classical to pop to French chanson to free jazz. Simultaneously, she was offered the words and music of the very last song that Legrand ever composed with his favorite lyric writing team of Alan and Marilyn Bergman. Never before performed, the Bergmans entrusted it to Melissa, asking her to record it. Inspired by the Legrand memorial concerts, which included Legrand classics that she had never before performed, and by the new, and newly discovered material, Melissa, in tandem with Ghostlight Records, will on November 8, 2019 release an extended and complete version of her dream Legrand project. In addition to the 15 original recordings with the Brussels Philharmonic, "Legrand Affair: Deluxe Edition" will incorporate 12 new tracks, including the best unheard studio sketches, the newly recorded last collaboration - "I Haven't Thought Of This In Quite A While" - as well as new recordings of "Hurry Home, " "Little Boy Lost, " "The Way He Makes Me Feel" and a new guitar duo version of the evergreen "What Are You Doing The Rest Of Your Life?" As a bonus, Errico has made a montage of the 'living room demos, ' creating a single composite track called "Michel At Work" which offers an unprecedented window into Legrand's almost child-like delight in leaping, within his own music, from style to style. "Working with Michel was one of the highlights of my musical life - it's as though this year, his spirit is at my shoulder and asking me to sing again for him. I love the grandeur of the "Legrand Affair" album beyond words - but hearing the tracks of me and Michel working together reminded me of how much I also love hearing more intimate versions of his music. In Michel's music, genre doesn't exist - he was unencumbered by boundaries. His plurality of disciplines became his freedom and made one seamless web of music. I'm happy beyond words to be able to put his energy back into the world." - Melissa Errico