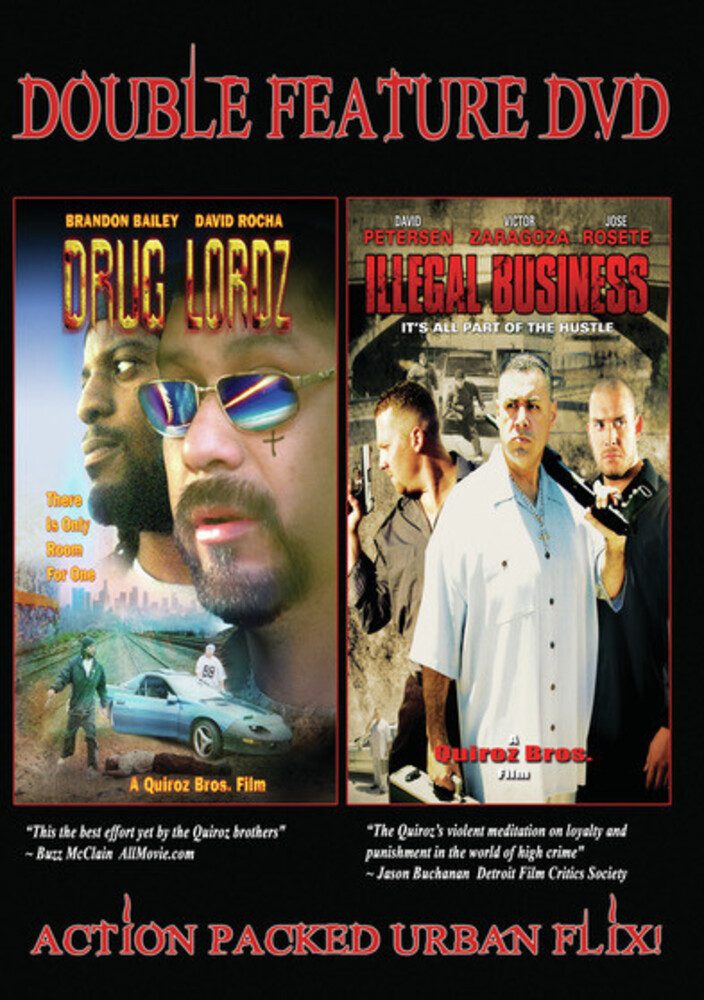 Oakland mobster Salvador Castro, newly released from prison, wastes no time in getting back into the Bay Area drug-running game. He encounters new, ruthless competition from San Francisco thug Darryl and a pair of relentless detectives, compelling Salvador and his crew to haul out the big guns. ILLEGAL BUSINESS: In the streets, the biggest betrayal is disloyalty and the punishment is irrevocable in this high-wire, adrenaline-charged thriller. Henchman to notorious crime boss Dominic (Victor Zaragoza), Tony (Jose Rosete) has been playing a dangerous game, selling drugs on his own. When Tony gets close to a dirty cop, the noose tightens around his neck, and it's only a matter of time until he makes a careless mistake-a mistake that pits him against Dominic, his partner Daniel (David Petersen), his drug connection and the police in an explosive confrontation that tears apart the streets.