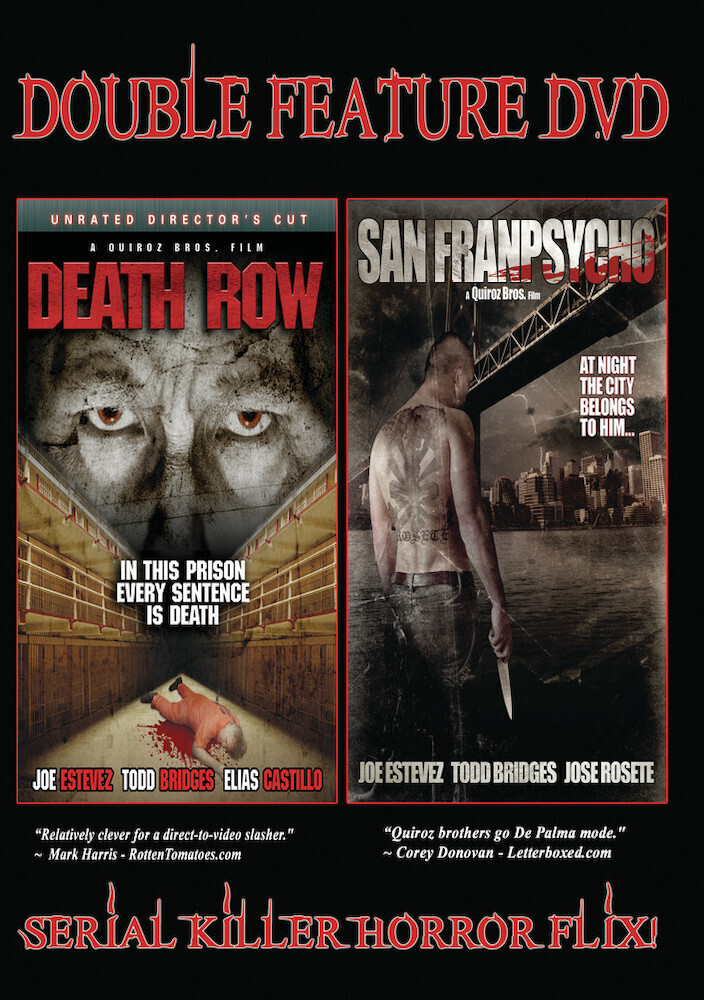 As eight convicts serve their sentences in a work-release program at a creepy, abandoned prison, an unknown killer stalks them in the darkness. One by one, the prisoners are slaughtered in the most brutal ways. Their only hope to survive is to learn the killer's identity and stop the psychopath's reign of terror. With a stellar cast that includes cult favorites Joe Estevez and Todd Bridges, this twist-filled shocker will keep you guessing until the hair-raising end! SAN FRANPSYCHO: A serial killer is stalking the city of San Francisco and sending a news reporter cryptic letters after each murder. As the body count rises, two SFPD detectives, the reporter and a psychologist-priest relentlessly pursue the madman, determined to put an end to his bloody carnage. But as the killer gets closer and closer to the news reporter, will the detectives catch him before it's too late? Shot on location in the San Francisco Bay Area, this gripping edge-of-your-seat thriller will have you frozen in your seat as you witness the madness of the San Franpsycho.