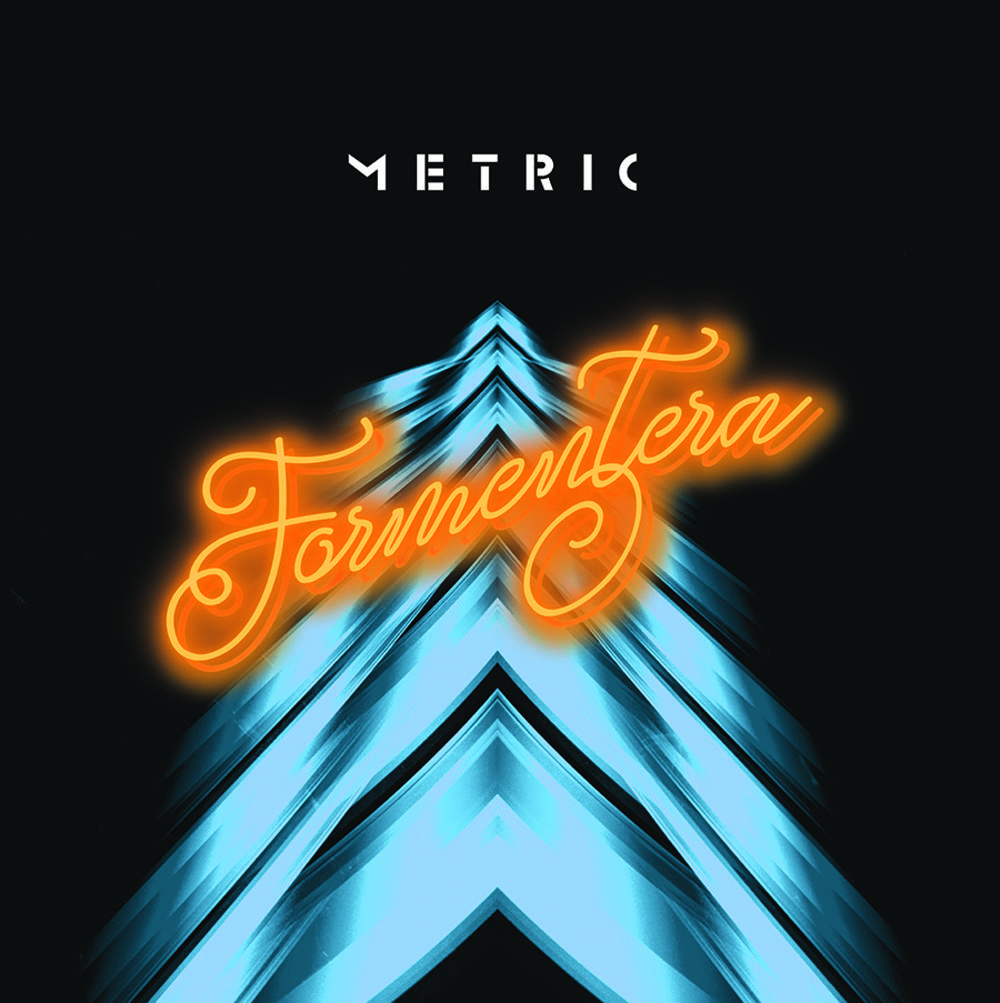 (Please call first)
DISC: 1
1. Doomscroller
2. All Comes Crashing
3. What Feels Like Eternity
4. Formentera
5. Enemies of the Ocean
6. I Will Never Settle
7. False Dichotomy
8. Oh Please
9. Paths in the Sky

The vinyl artwork for Metric’s new album, Formentera, includes a motto that sums up the past few years: “This Is What Happened.” It’s an understatement that manages to say everything. This is what happened: pandemic, politics, social unrest, war. This is what happened: a band at the peak of its creative power deciphering the turbulence surrounding us, and blazing a way through it. This is what happened: nine new songs that capture everything essential about Metric —modular synthesis, muscular guitars, locked-in rhythm and shimmering vocals from Emily Haines.
Even real places become imaginary when they are so far out of reach. Named for an idyllic island near Ibiza off the coast of Spain, Formentera is a place that, for Metric, only existed on a page in a “dream destinations” travel book that lay open on a desk in the new recording studio that guitarist Jimmy Shaw built in 2020, in a rural hamlet north of Toronto. This is the setting where the band’s eighth album took shape. Shaw brought on Synthetica collaborator Liam O’Neil as well as longtime friend Gus van Go (The Stills) to co-engineer and co-produce with him. When the border opened, Metric bassist Joshua Winstead and drummer Joules Scott Key came in from the U.S to record, adding live energy and sonic depth to complete the Metric sound.
The result is a conceptual arc that progresses from tension and turmoil to dance-floor abandon, beginning with the edgy ten-minute album opener “Doomscroller,” and progressing through a color wheel of emotions, from determined perseverance on “What Feels Like Eternity” to self-emancipation in full orchestral bloom on the title track as Haines poses the question, “Why not just let go?” There’s a sense of resolution in the very matter-of-fact, deceptively catchy “False Dichotomy,” and the album ends on a melancholy high with “Paths in the Sky,” a love song to lifelong friendship, a thematic companion track to “All Comes Crashing,” an end-of-days banger and the first single.
“This is what we’re all thinking about,” Haines says. “So let’s address it, let’s have this whole expansive emotional experience that can feel collective instead of all going through it alone.”
Formentera is available on standard CD, and a low-priced indie exclusive CD on 7/8. The standard black vinyl, and Indie Exclusive Sky Blue vinyl will be available on 9/30. All formats are available for pre-order today from your local record store.