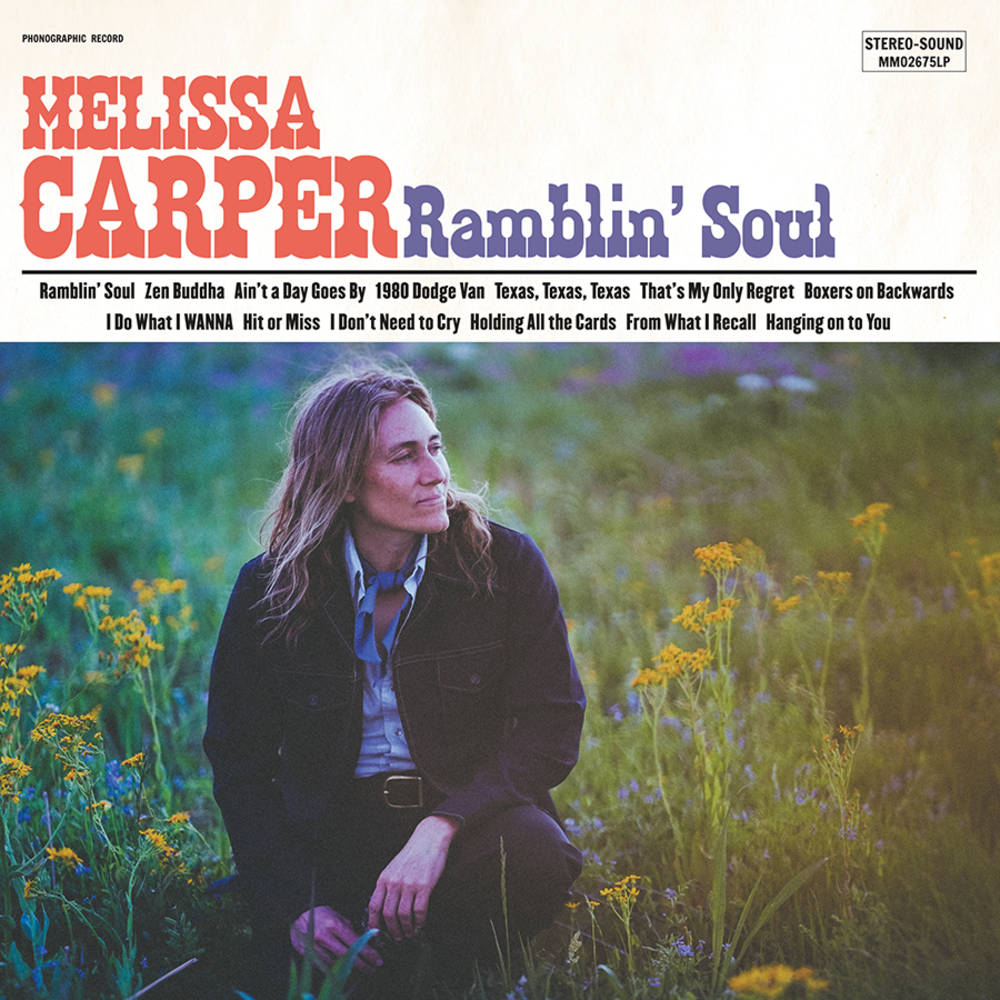 After the success of her critically-acclaimed 2021 release Daddy’ s Country Gold, Melissa Carper, dubbed “HillBillie Holiday” by friend and collaborator Chris Scruggs, was eager to get back in the studio. With co-producers Andrija Tokic (St. Paul & The Broken Bones, Hurray For The Riff Raff) and Dennis Crouch (The Time Jumpers) behind the boards again at Tokic’s analog paradise The Bomb Shelter in Nashville, Carper assembled that same crew of magical music makers - plus a few more - to embark on her newest effort, Ramblin’ Soul, set for release November 18th via Thirty Tigers.

Carper’s deep, old-timey music roots were firmly planted as a child, playing upright bass and singing in her family’s traveling country band in rural Nebraska. Her love of country classics was cultivated as she laid beneath the console listening to her parents’ record collection. Hank Williams, Patsy Cline, Loretta Lynn, Ray Charles, Elvis Presley, and more became the soundtrack of her youth. When Carper’s father gifted her a collection of Jimmie Rodgers’ recordings, she began to find her voice and calling as a songwriter.

Carper attended the University of Nebraska-Lincoln on a music scholarship, and spent much of her time in the music library, instinctively drawn to the great jazz classics and jazz vocalists such as Billie Holiday, Ella Fitzgerald, Frank Sinatra, and Nat King Cole. She also discovered Lead Belly, uncovering a deep well within when singing his songs. Carper stands firmly on the shoulders of American ramblers, crooners, and songsters - the building blocks of her musical foundation. In 2020, grappling with the loss of regular gigs, Carper and Patek moved to a friend’s farm near Austin, working in exchange for housing, organic vegetables, and fresh, country air. The simpler life afforded Carper the space and rejuvenation needed to channel her muse, and begin writing for her next album.

“I had a handful of songs about rambling around and living a free life that I wanted to weave through the album,” Carper recalls. “I wrote the title track driving back home to Texas, and it felt like the seeds of the next album were planted. I also knew I wanted Ramblin’ Soul to have a different feel than Daddy’s Country Gold, with more upbeat and diverse styles and grooves.” Ramblin’ Soul features a co-write with life long ramblin’ buddy and bandmate Gina Gallina, a song penned by friend and frequent collaborator Brennen Leigh; a reimagined classic from folk pioneer Odetta; and ten Carper originals. The album ventures into blues, early rock and roll, and old school soul, along with Carper’s signature styles of country, western swing, and jazz. Carper’s lifelong, steadfast listening has come to fruition in the songs on Ramblin’ Soul. Her childhood love of the family record collection planted the seeds of what is her own bountiful orchard today.