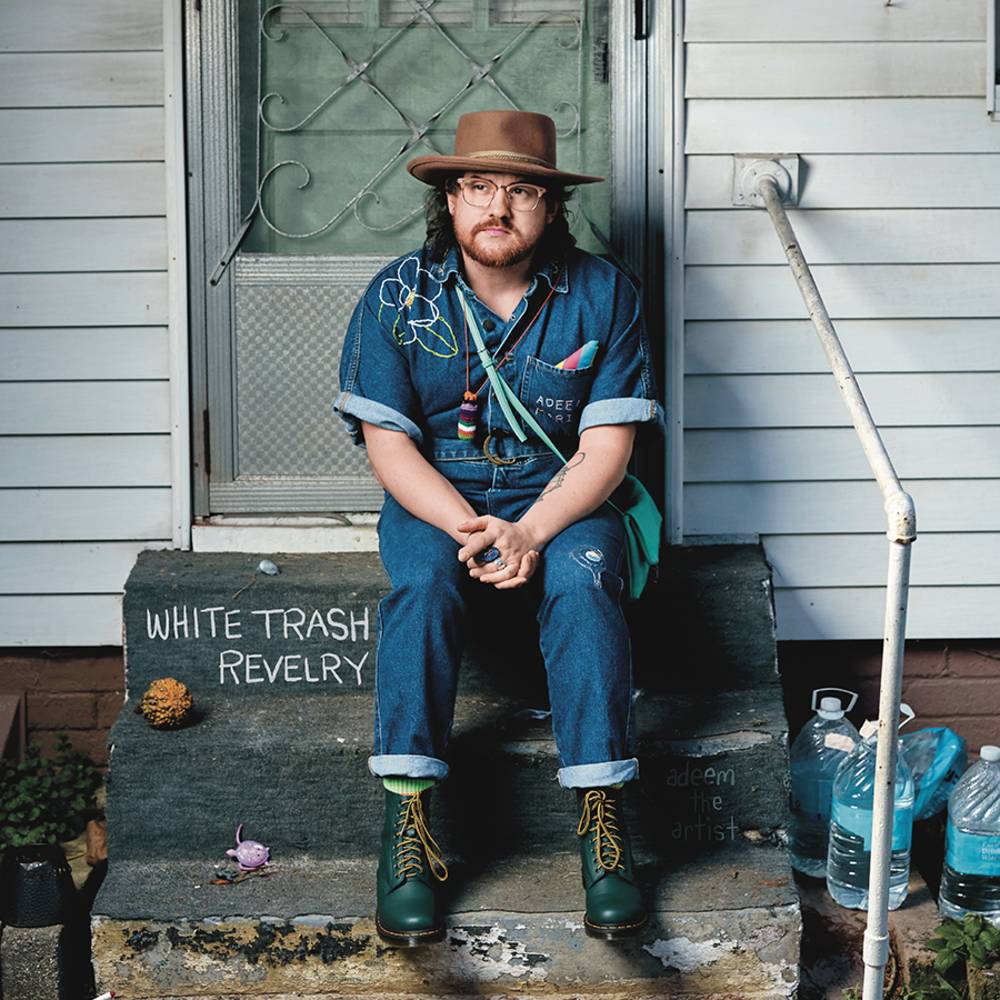 From their earliest self-released EPs to 2021’s Cast-Iron Pansexual—the album that earned praise from Rolling Stone and American Songwriter for its examination of faith, sexual identity, and self-acceptance—Adeem the Artist has continued to build a following by blending Appalachian musical influences and poetic flair with a healthy dose of comedic instinct.

"Humor has always been a part of my life," explains the Eastern Tennessee-based songwriter, citing comedians Andy Kaufman and Sarah Silverman as artistic influences in addition to musicians like John Prine and Blind Boy Fuller. Growing up, first in North Carolina and later in Syracuse, New York, Adeem quickly realized that with the right delivery, dark jokes could offer a socially acceptable way to open up about the tough stuff. "My parents are both from a lot of generational trauma, and I was born right at the heart of it,” they say. “Humor is just how we survived."

Adeem’s twang-studded gospel represents a worldview too often excluded from modern country music, one that converts shame into celebration. It turns out, folks like the sound of embracing the parts of ourselves we’re told to bury—so much so that when Adeem turned to fans to support the follow-up album to Cast-Iron Pansexual, thousands obliged. Dubbing it a “redneck fundraiser,” the seventh-generation Carolinian raised the money to release White Trash Revelry by asking for one dollar at a time through social media. “With four quarters and a Venmo,” they joked, “baby, you can make this dream come true.” Adeem emerged from the fundraiser $15,000 later with a name for their new record label—Four Quarters Records—and the resolve to write an unapologetic next chapter.

White Trash Revelry delivers, tempering Adeem’s beloved comedic sensibilities with vulnerable moments and highly specific personal details. Tender strings and clear vocals on "Middle of a Heart" give way to nuanced storytelling about small-town rites of passage and mixed messages about love, violence, and honor. And "Heritage of Arrogance" tackles larger societal issues, struggling to reconcile open-minded intentions with the deeply flawed and historical narratives too often peddled by white Southerners. But the album’s namesake revelry is around every corner, too.

"They play country songs in heaven, but in hell we play ‘em loud," they sing on the standout single “Going to Hell.” Regardless of your thoughts on the afterlife, Adeem sings with an easy-going charisma that makes it easy to want to follow them—to heaven, to hell, or to some raucous, welcoming party in between.