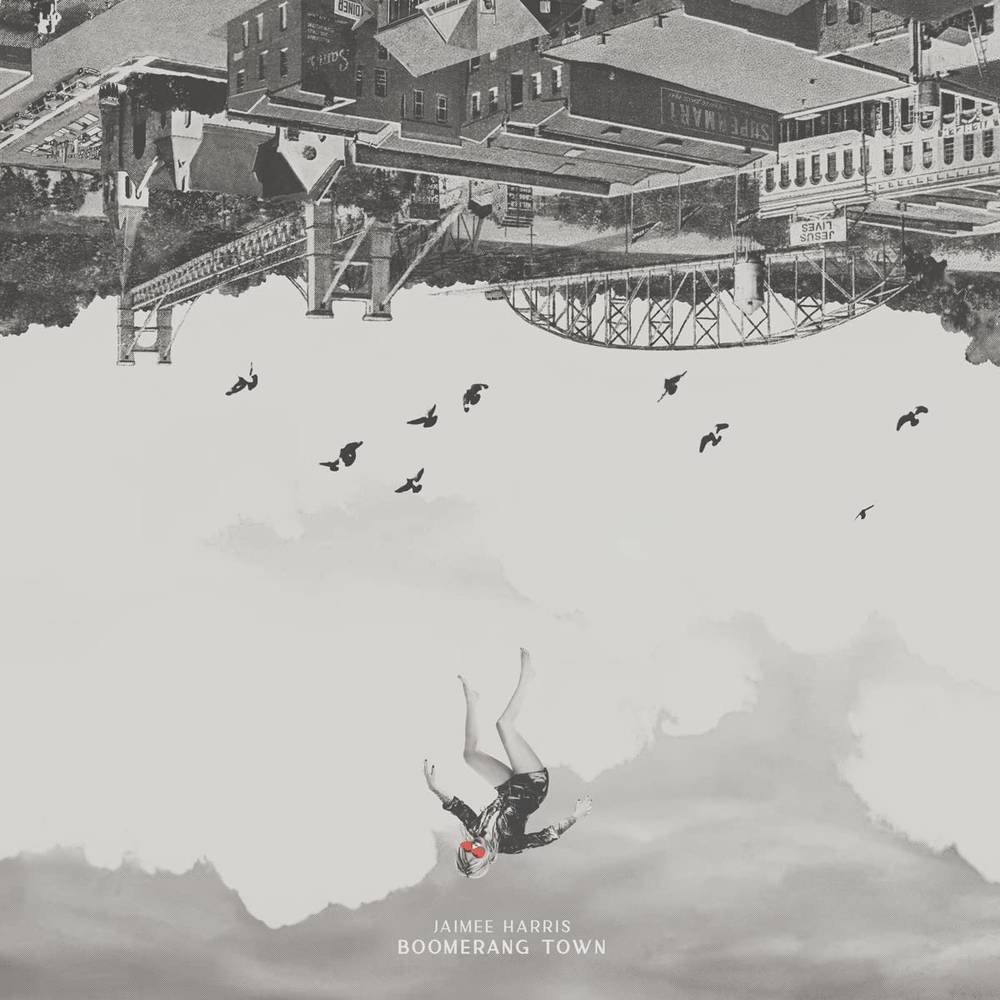 Harris’s sophomore effort, Boomerang Town marks a bold step forward for this country-folk-leaning singer-songwriter. It is an arresting, ambitious song-cycle that explores the generational arc of family, the stranglehold of addiction, and the fragile ties that bind us together as Americans. This is a record that understands that love and grief are two sides of the same coin.

Jaimee Harris turned 30 during the pandemic. It’s a milestone that is a rite of passage even during normal times. But for this Texas-born singer-songwriter, it came in the midst of one of the strangest and most tumultuous periods in American history. When the world stopped during lockdown, Harris, like many others, found herself gazing back into the past, ruminating on the nature of her hometown and family origins, and reckoning with their imprint on her. The term ‘nostalgia’ derives from the Greek words nostos (return) and algos (pain), and if Harris’s Boomerang Town can be regarded as a nostalgic album, it is only nostalgic in the sense that the longing for home is a desire to return to the past and heal old wounds.

For Harris, the album began gestating around 2016, a time of great loss for many in the Americana community, with the songwriter losing several musicians close to her. The shift in the nation’s political landscape had ushered in a new level of polarization that saw whole swaths of cultural life being demonized. For someone who grew up in a small town outside of Waco, Harris believed the values instilled in her by her parents were not entirely in line with how many on the left were viewing — and vilifying — Christians, citing them as responsible for the new change in leadership. As a person in recovery, Harris has had to re-evaluate her own connection to faith and find strength in a higher power (“Though he’s not necessarily a blue-eyed Jesus,” she laughs), though she certainly knows what it’s like to “be told how to vote” in a Southern church setting.

It was from the intersection of these social, personal, and political currents the album was born. And while much of the material on Boomerang Town was inspired by personal experience, the songs on this collection are far from autobiographical xeroxed copies. More than anything, they come from a place of emotional truth.

“My goal is to just write the best possible song I can write,” Harris says, “and I wanted to have ten songs that made sense together sonically. I still believe in the album format, and I wanted to lay the groundwork as a solid songwriter.” On Boomerang Town, Jaimee Harris, who was able to find her way out — unlike so many others — has accomplished all that, and much more.

Boomerang Town is available on CD and LP.  The Vinyl packaging features a translucent outer sleeve with a striking design that compliments the official underlying album artwork.