The Wood Brothers - Heart is the Hero | RECORD STORE DAY 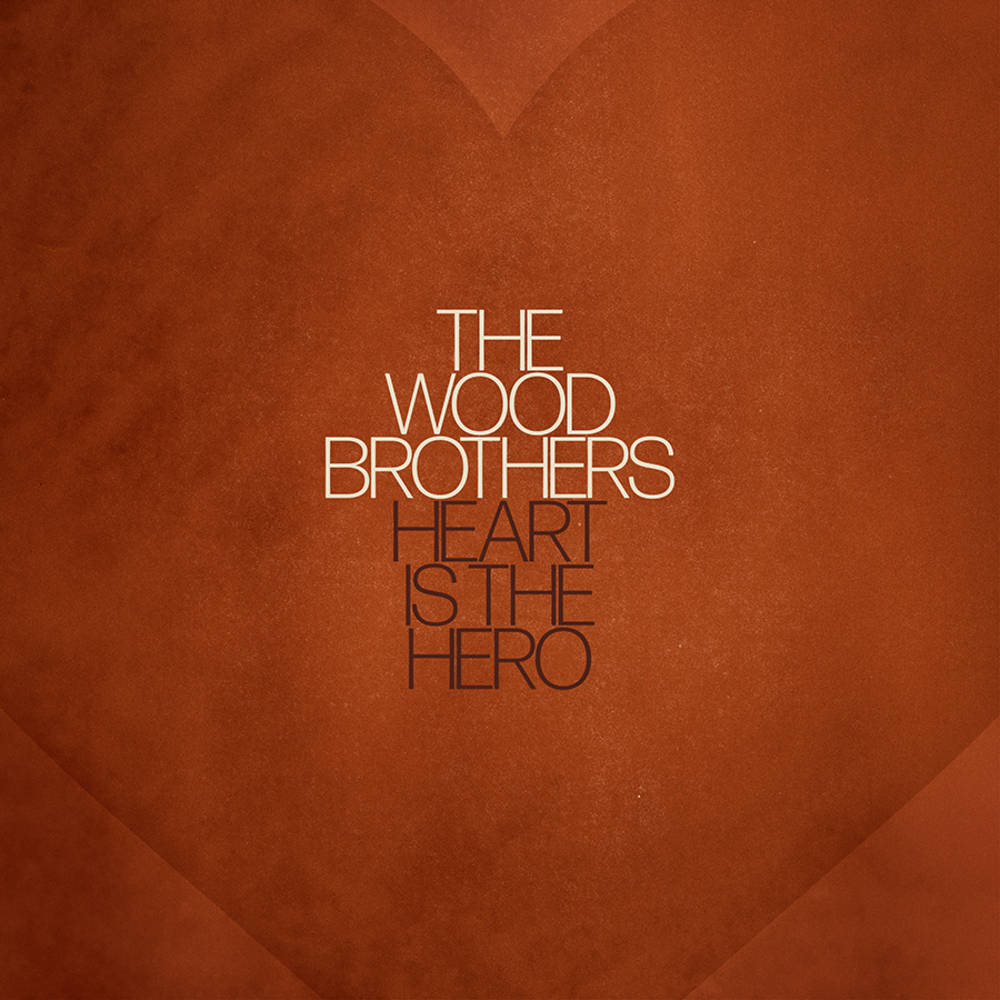 The Wood Brothers have learned to trust their hearts. For the better part of two decades, they've cemented their reputation as freethinking songwriters, road warriors, and community builders, creating a catalog of diverse music and a loyal audience who’ve grown alongside them through the years. That evolution continues with Heart is the Hero, the band's eighth studio album. Recorded analog to 16-track tape, this latest effort finds its three creators embracing the chemistry of their acclaimed live shows by capturing their performances in real-time direct from the studio floor with nary a computer in sight. An acoustic-driven album that electrifies, Heart is the Hero is stocked with songs that target not only the heart, but the head and hips, too.

"We love records that come from the era of less tracks and more care," explains co-founder Oliver Wood. "When you use a computer during the tracking process, you have an infinite number of tracks at your disposal, which implies that nothing is permanent, and everything can be fixed. Tape gives you limitations that force you to be creative and intentional. You don't look at the music on a screen; you listen to it, and you learn to focus on the feeling of the performance.”

Throughout Heart is the Hero, those performances are matched by the visceral storytelling and songwriting chops that have turned The Wood Brothers into Grammy-nominated leaders of American roots music, even as their music reaches far beyond the genre's borders. The stripped-down swagger of "Pilgrim'' underscores Oliver's reminder to slow down and experience each moment as an interactive observer, rather than a passive tourist. A similar theme anchors “Between the Beats," where Oliver draws upon a meditation technique — maintaining one's focus on the space between heartbeats — to reach a new level of presence. The gentle sway of country soul gem “Rollin’ On,” featuring horns by Matt Glassmeyer and Roy Agee, expounds on the time-honored tradition of love as the guiding light through darkness, while ”Mean Man World" finds Chris Wood singing about his responsibilities as a father whose young daughter is poised to inherit an uncertain future. "Line Those Pockets'' is a universal call for mercy and understanding over materialism. "Everybody's just trying to be happy, so put your money away; line those pockets with grace," the band sings in three-part harmony during the song's chorus, which emphasizes compassion over cash as the world's true currency. Together, these songs offer a snapshot of a spirited, independent-minded group at the peak of its powers, always pushing forward and seeking to evolve beyond what’s come before.

"There's still acoustic guitar, upright bass, and percussion on this album — things people use all the time — but we're always thinking, 'How can we make this sound like us, but not like something we've already done?'" Oliver says. "Sometimes, the only way to do that is to get weird.”

That sense of exploration pumps its way through Heart is the Hero like lifeblood. Arriving on the heels of 2019's Live at The Fillmore, 2020's Kingdom In My Mind, and Oliver Wood's solo album Always Smilin' — all of which were released on Honey Jar Records, the band's independent label— Heart is the Hero is bold, bright, and singularly creative, a fully realized collective effort ultimately greater than the sum of its parts. Perhaps that's to be expected from a group whose willingness to experiment has earned acclaim from Rolling Stone and NPR, as well as an annual touring schedule of sold-out music halls and theaters on both sides of the Atlantic. Ask The Wood Brothers, though, and they'll tell you to expect the unexpected.

"We are never satisfied if we are not searching for new musical recipes," says Jano Rix, nodding to the uncharted territory that Heart is the Hero covers. Chris Wood agrees, adding, "We are one of those bands that isn't easily categorized. We know what our strengths are, but we can’t help but push the envelope, as well. It’s too much fun."