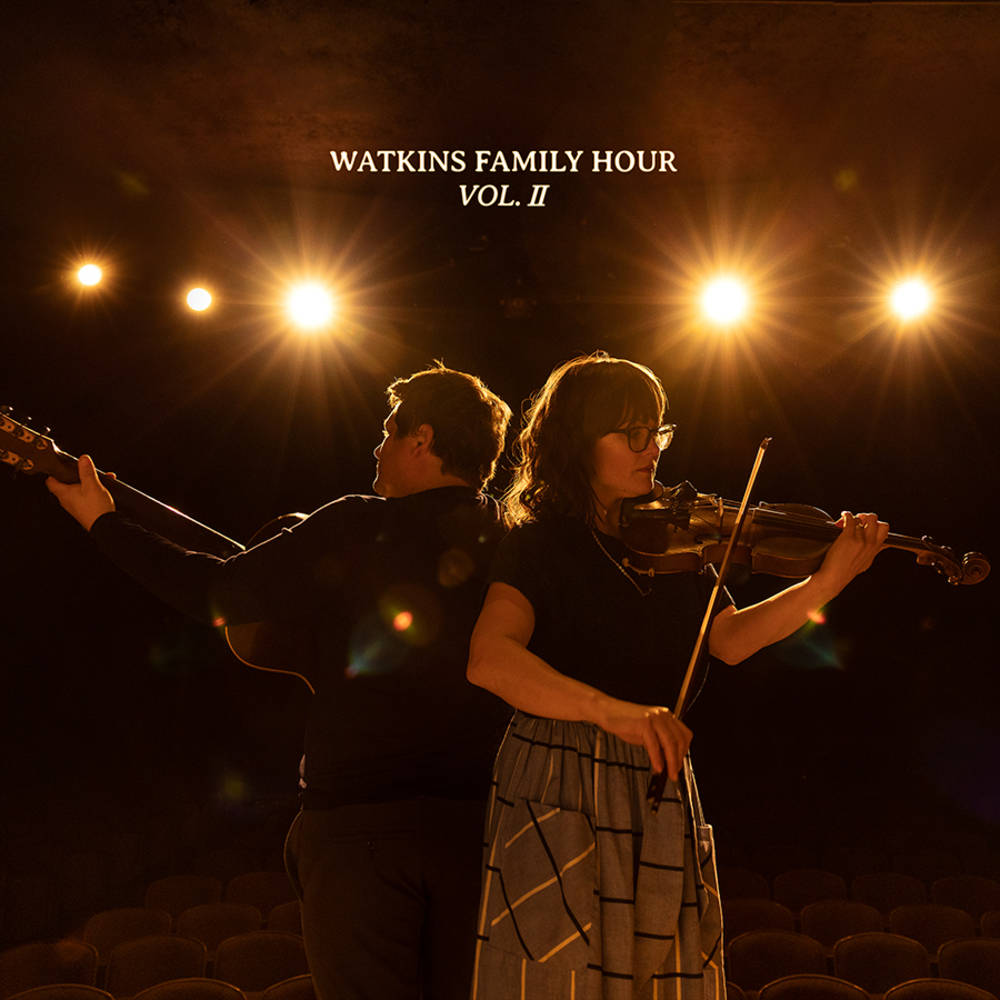 It’s been just over twenty years since powerhouse musical siblings Sara and Sean Watkins began their Watkins Family Hour shows at L.A.’s beloved Largo nightclub. Two decades, two studio albums, and hundreds of performances later, the two are taking stock of the ever-evolving community of musicians and music lovers the project helped build. As part of that reflection, Watkins Family Hour is releasing its third studio album - Vol. II - out August 19. The collection features a number of longtime friends of the show—Fiona Apple, Jon Brion, Jackson Browne, Madison Cunningham, Lucius, Gaby Moreno, Benmont Tench, and Willie Watson, to name a few—joining Sean and Sara across eleven tracks that encapsulate where Watkins Family Hour started, how the project grew, and where it could be headed in the future.
Sean and Sara recorded Vol. II in January of 2022. The siblings and their guests recorded the entire LP in just three days, decamping at the historic East West Studio in Los Angeles with producers David Boucher and Tyler Chester. While plotting the project, the pair had a deep roster of past Family Hour guests to choose from, a process that also contributed to song selection for the album.

“A lot of the strategy was marrying the songs to the guests that we wanted to be part of the record,” Sara says. “So we knew, for example, that Willie Watson was somebody who we wanted to have on the record because we have such a long history with him specifically. So we did the Jim and Jesse song ‘She Left Me Standing on the Mountain’ with Gabe Witcher and Willie, who are both part of the foundation of the Family Hour.”

While Vol. II is certainly a celebration of the band’s collaborative show itself, it’s also a tribute to Largo, the beloved Los Angeles venue that first hosted them and is an essential hub of the city’s creative community. “We wanted to capture what we’ve done over the years, but also capture the process that is continually at work, which is this intermingling of the musical community here in Los Angeles that surrounds Largo.”

As both Sean and Sara continue to work on their own solo music, as well as with their other bands like Nickel Creek and I’m With Her, Watkins Family Hour remains an invaluable resource and respite for them both, offering a familiar but ever-evolving space to test new ideas, meet new collaborators and, most importantly, have a good time doing what they love.

“It’s been really exciting to be part of this thing that is happening and growing and enables us to dig deep into this musical community,” Sean says. “The consistency has been invaluable to both of us, as musicians.” Sara adds, “But also, in life, the Family Hour has been and continues to be a huge part of making us feel anchored in the crazy city of Los Angeles.”