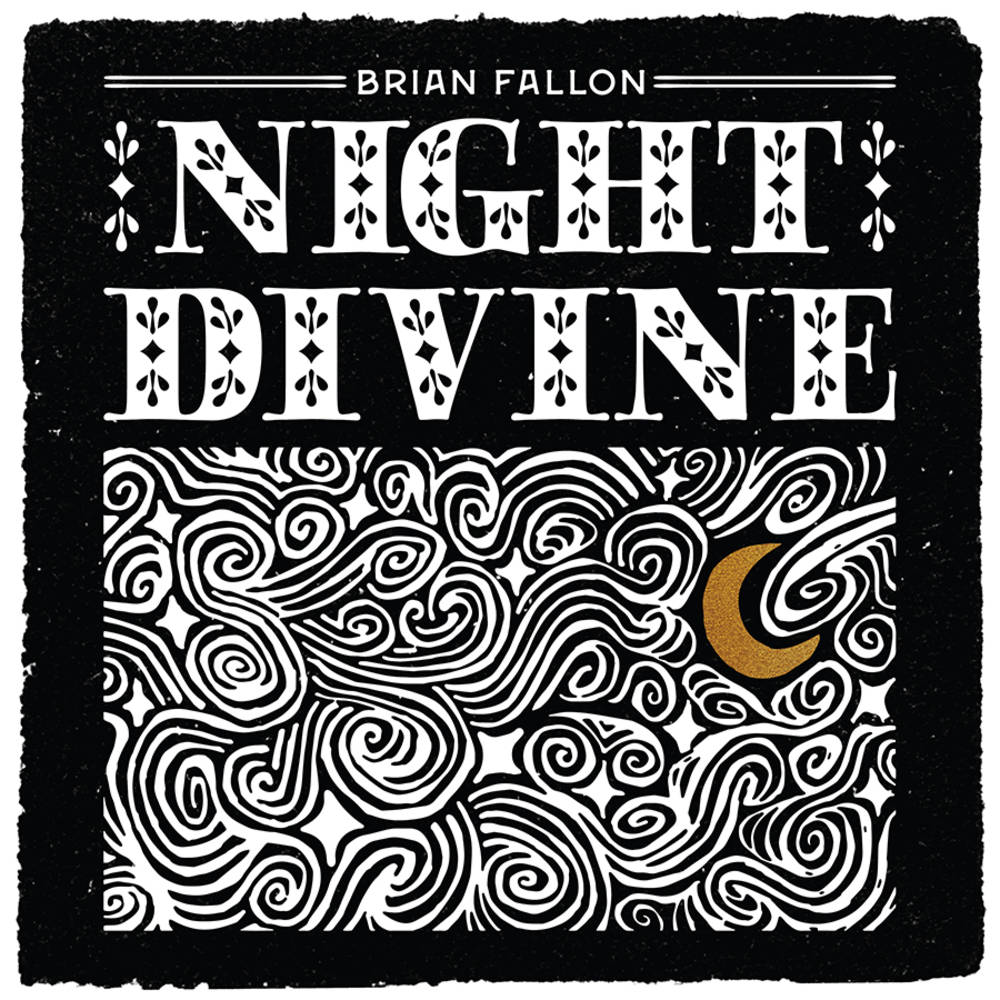 Night Divine is a series of hymns covered by Brian Fallon. This is a project he's been wanting to create for a long time, inspired by his time singing in the church choir as a child: “These are some of the very first sounds I remember hearing as a child.  My mother used to sing these hymns everywhere she went. I felt it was time for me to join in.” He finally got the opportunity to make the intimate record during lockdown, with background vocals by his mother.

The lead singer of beloved heartland-punk band The Gaslight Anthem, Brian Fallon stepped away from that sound and into a more soulful singer/songwriter territory on his third solo album, Local Honey. Produced by Grammy-award winning producer Peter Katis (The National, Frightened Rabbit, Death Cab for Cutie), the album debuted at #1 Americana/Folk Album Sales, #2 Current Rock Albums, #3 Americana/Folk Albums, and #9 LP Vinyl Sales. It was largely praised as one of his best works, with Rolling Stone saying “Local Honey is as warm and comforting as its title, full of hooks and narratives that draw you in” (Best Country & Americana Albums of 2020) and Kerrang saying “No matter what side of the genre he sets his mind to, Brian always delivers the goods” (Best Albums of 2020).