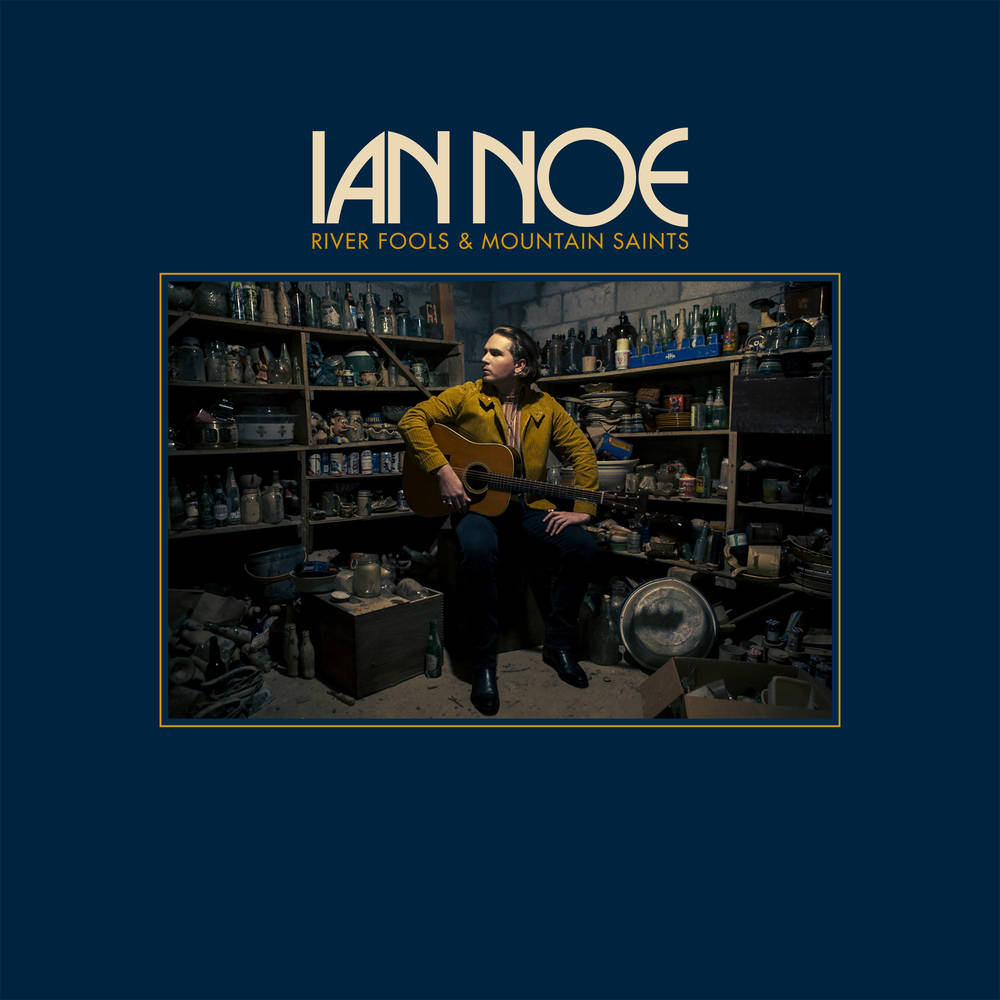 Like the creeks that run and tributaries that trickle throughout singer-songwriter Ian Noe’s homelands in Eastern Kentucky, water flows throughout his new LP. Thoughtfully and intentionally named, River Fools & Mountain Saints highlights Noe’s storytelling prowess through 12 country rockers and Appalachian ballads, depicting contemporary and historical life in the region.

Water’s in the name, of course — River Fools & Mountain Saints, which is due out March 25 via Thirty Tigers — but water also informs the tales Noe tells and the metaphors of perseverance, sustenance, and strength within them. The major floods that decimated the southeastern part of the state in February 2020 remained close at heart during his writing process, as well.

The album title came to Noe before any of the songs, serving as a concept and a guiding principle. “That landscape and that geography of growing up in Lee County, Kentucky,” he begins, “I've got so much material of things that I can write about, of stories of all these people and just life in general of growing up there.

“You think about the river? It's down here. It’s low. And then you got the mountains up high. You've got everything in this way! You can go all over the place with that type of landscape, and that's how [the writing] starts.”

From there, Noe pieced together what would become Side A, or “River Fools,” and Side B, “Mountain Saints.” He writes in character studies — the man who introduced him to “Johnny B. Goode” while working in the Lee County oilfields, the woman he saw hustling weed in the foothills, and even state legends like Muhammad Ali and family members become their own heroes in songs like “River Fool,” Mountain Saint,” and “Strip Job Blues,” respectively.

Noe often sings about members of his community, honoring the Indigenous people and cultures of the region on “Burning Down the Prairie” or the many veterans of the town on songs like “POW Blues” and “Tom Barrett.” But on other tracks like on the pedal-steel laced “Lonesome As It Gets,” he takes a more autobiographical approach, turning the lens back on himself while living alone in his grandparents’ old house.

Even with nature’s guidance, people remain at the core of the record. And while Noe calls Bowling Green home these days and Kentuckians influenced the songs’ creation, these stories capture universal themes relatable to all listeners.

Broader in scope and brighter in tone than his lauded debut, 2019’s Between the Country, River Fools & Mountain Saints boasts a fuller sound with more diverse instrumentation. Noe name-drops full-length masterpieces like Bruce Springsteen’s Darkness on the Edge of Town as readily as Arcade Fire’s Neon Bible for structural inspiration, as well as Neil Young’s harmonica work in “Heart of Gold” and Jimi Hendrix’s guitar playing in a rare version of “Voodoo Child (Slight Return)” from 1970 for specific tones.

Noe also cites Alabama Shakes’ self-titled debut and Margo Price’s records as sounds that led him to work with producer Andrija Tokic in Nashville. “The fact that I got to work with him is surreal to me after all these years later…romanticizing the sound he’s getting here and the name of the place — The Bomb Shelter,” he exudes. Noe also expanded his sound with the help of band members including "Little" Jack Lawrence (The Raconteurs) on bass and Derry deBorja (Jason Isbell & the 400 Unit) on keys.

They recorded on reel-to-reel tapes in short spurts over the course of two years, without the pressure of time, which enabled a wider range of experimentations, collaborations, and sounds. As a result, River Fools & Mountain Saints switched from rocking like Creedence Clearwater Revival to intoning like John Prine or Tom T. Hall; it swaggers with keys on on songs like “Pine Grave (Madhouse),” bursts with French horn bombast “On More Night,” and swells with orchestrated strings on the gutting closing ballad, “Road May Flood/It’s A Heartache.”

“You wanna write a song that’s been there forever,” he says. “When you listen to ‘Up On Cripple Creek’ by The Band, you don't think about what year it is. It sounds like it’s always been there.”

Despite being written in quarantine and in the wake of natural disasters, River Fools & Mountain Saints remains a positive record. Noe maintains it’s about good moments growing up in a hard place. But most importantly, it’s about music as redemption, romanticism, and release.