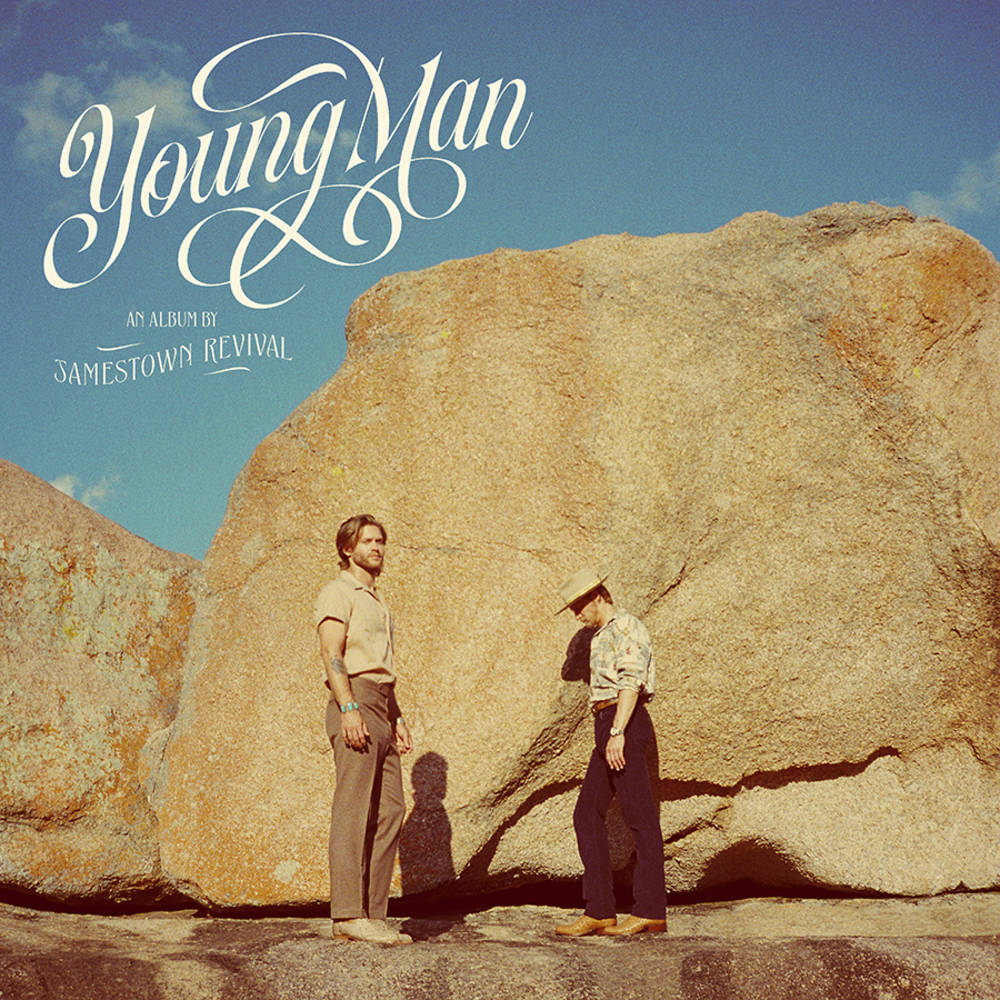 Jamestown Revival have made the quietest record of their career with Young Man, yet it may resonate the most. Recorded in their home state of Texas, it is their first project without electric guitars, with the emphasis instead on skillful songwriting, flawless harmony, and intricate fingerpicking. In addition, it’s the first time that bandmates Jonathan Clay and Zach Chance have created an album with a producer -- in this case, Robert Ellis, a fellow Texan and a recording artist in his own right.

“I really think this is an album about coming of age and settling into an identity,” Clay says. “It’s about losing your identity and searching for it. It’s feeling like you found it and then realizing that’s not it. And it’s about our experiences over the last 15 years of making music – the successes and failures and all of those things mixed up together.”

Sonically the album draws on inspirations such as Crosby, Stills, Nash & Young and The Doobie Brothers (particularly “Black Water”), yet there’s also a dusty Western feel to Young Man, similar to a Guy Clark or Townes Van Zandt album where the detailed backdrop and acoustic arrangements convey the story as eloquently as the lyrics do.

“This is our first excursion with fiddle and we didn’t hold back,” Chance says. “We wrote a lot of these songs about the questions and the perspectives now that we’re a lot older and have been doing this longer. It’s almost like having a conversation with ourselves at times. We wanted it to feel earthy and rootsy, so the fiddle was a big part of that identity.”

A sense of spaciousness came naturally in past projects like 2014’s Utah, recorded in the Wasatch Mountains, and 2019’s San Isabel, recorded in a Colorado cabin. This time, the band opted for a studio for the first time, choosing Niles City Sound in Fort Worth, Texas. Studio co-founder Josh Block engineered Young Man to evoke the experience of musicians huddled together, singing and playing without headphones or click tracks. Chance and Clay are joined on the session by their longtime rhythm section of bassist Nick Bearden and drummer Ed Benrock.

“The songs move, the tempos move, but we really wanted to capture the performances,” Clay explains. “We wanted the songs to push and pull as they needed to, and not to have to adhere to a grid. It feels like the songs straighten out too much when that happens, so it was cool to be in a studio with an engineer and producer who really supported that idea.”

Chance continues, “All of the adventures we’ve had recording in different places have been fun, but the burden of bringing our own gear, setting it up, and then being our own producer is a lot to carry on our shoulders sometimes. With Robert, he always has an opinion and he could help us pick a direction. We could relinquish control and focus on capturing our best performance.”

Young Man opens with “Coyote,” a plaintive ballad the duo wrote on their ranch near Huntsville, Texas, about an hour north of their hometown of Magnolia. With its lonesome tones and sly title character, it sets the tone for the album, pulling in listeners with blended voices and a narrative that befits a campfire setting. From there, songs like “Young Man,” “Moving Man,” “Northbound,” and especially “These Days” further explore their restless frame of mind, due in no small part to the pandemic.

As Clay explains, “I think what we asked ourselves a lot throughout this process were questions like, ‘Damn, where did our fire go? Do we still have it?’ I didn’t pick up a guitar for six months after our tour got canceled when COVID hit. I just felt like music had turned on me. I felt like I was asking, ‘Am I a musician anymore?’” Chance agrees with that sentiment, adding, “It’s easier for us whenever we’re in motion. I don’t think you ever stop to question how fragile it actually is, and then it gets taken away. You lose the ability to identify with it.”

Even as “One Step Forward” finds the duo seeking a silver lining, “Slow It Down” shows them embracing the situation – by strumming their guitars, driving down dirt roads, and catching crawfish. That homegrown approach carries over into “Way It Was,” even as the opening lines address the inevitable changes in life.  Meanwhile, “Old Man Looking Back” is a co-write with Ellis, completed in Chance’s kitchen in the weeks leading up to the sessions for Young Man.

However, it’s a different gathering that set Jamestown Revival on the course to make Young Man. After a year apart of not playing together, Chance and Clay invited their band to the ranch to hang out and to record a few songs in their hay barn. The results served as an unintended pre-production of sorts, sparking ideas that they eventually carried into the sessions with Ellis. They also wrote “Coyote” during that time, as well as the album’s closer, “Working on Love.”

Asked about the message of that final song, Chance replies, “For me, it was about the idea of love – and not just intimate love but love in general – being a lifelong journey. It’s similar to how you’ve got to plow the fields and replant the seeds and water it and tend to it. It’s the same way you have to approach your patience for love in your life.”

Chance and Clay envision Young Man as a collection of songs that should be played all the way through, like reading a book. “We had the most amazing time recording this album. We laughed nonstop,” Clay says. “When I listen to this album top to bottom, I’m really proud of what we did. I hope that this album transports people because it’s like a time capsule. It takes us right back to that studio and to that couple of weeks. It felt like we were doing what we were meant to do.”