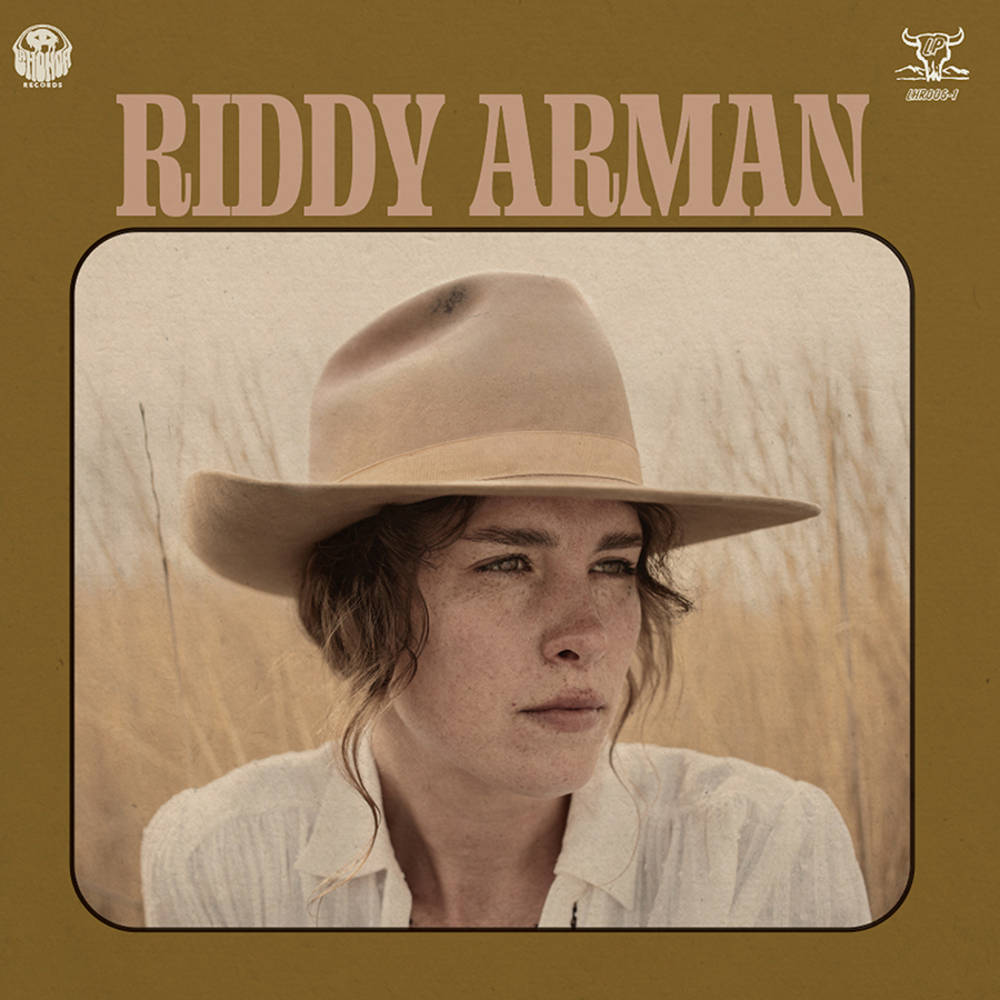 Riddy Arman opens her debut album from La Honda Records with a song called “Spirits, Angels, Or Lies” inspired by the true story of her father’s passing. In the lyrics, she examines the human tendency to interpret the unknown. The story she weaves details the final moments and visual hallucinations experienced when Johnny Cash visited her father on his deathbed. Long-time fans of Arman will recognize the song from her viral performance video, shot by Western AF in a Montana rail link boxcar, where the world was introduced to her distinct, sultry lope.

Against the bucolic and industrial backdrop of the video, Arman is clearly in her element, clad with ranch worn clothing. It is obvious she lives a lifestyle many romanticize, but few truly understand. However, Arman is more than just a cowboy, singing her lonely songs. The chapters of her life so far make for a story much richer than a common western archetype. Unafraid to take new paths, Arman has traveled across the country — from the farmlands of the Midwest to the bustling streets of New York City — writing songs, working as a ranch hand, and practicing an Agrarian lifestyle. It was during her childhood, full of folk and country music, in rural Ohio that she was first drawn to the guitar. Her deep dive into songwriting didn’t happen until her early 20s when she moved to central Virginia to resume her interest in horsemanship and agriculture on a friend’s small farm.

It was there, knee-deep in barn chores, that she found inspiration in female songwriting icons. The quiet isolation led to inspiration and a tangible way to heal through story. “Singing is my meditation, and I learned that in the imagery of Virginia,” Arman says of her growth during that time of her life. “It sets the stage for healing.”

With the encouragement of friend and fellow musician Kiki Cavazos, Arman began to feel more comfortable with a guitar in her hand. They often played together when passing through, and Arman credits Cavazos as her main inspiration. After Virginia, she headed west, taking a job at a farm in California where she spent four years working the land and learning livestock agriculture. In the sunburnt hills of ranch country, Arman fell in love, fell out of love, and found the beginning of her new record. Looking for a change of scenery, she found herself in Fayetteville, Arkansas, where many of the songs that would make up her self-titled debut record first came to life.

In the midst of this intensely creative period, Arman’s close friend overdosed. She headed to New Orleans in the wake of this loss and surrounded herself with the support and inspiration of several of her oldest and dearest friends. While in the Crescent City, Arman often joined her friend Nick Shoulders, playing shows around the Lower 9th Ward and downtown New Orleans. These stints on the stage served to bolster her confidence to perform and became just the catalyst Arman needed to keep going.

As fate would have it, Arman was invited to ranch sit in Montana, where she was contacted by content creators at Western AF at the behest of several New Orleans musicians. Not too long after the unexpected success of her Western AF session, Arman began an intensive six-day recording session at Mississippi Studios in Portland, Oregon. Hopeful, and longing to capture the essence of deeply personal stories from her life, she teamed up with producer Bronson Tew (Dom Flemons, Seratones, Jimbo Mathus) of Dialback Sound and tracked nine songs.

“Recording these songs brought me back to the times that inspired them, but instead of reliving the pain, the studio magic empowered me to overcome it,” Arman says of her experience.

The first song she wrote for the record, “Half a Heart Keychain,” started off as a slow and somber breakup tune. With the help of Tew, the track morphed into a triumphant and transformative anthem for women. Moving forward from some of life’s most painful moments is in many ways the thread that ties each song together. Songwriting became part of Arman’s dialog with life, translating the experiences in not only lyrics, but also performance.

“Most people would try to find a therapist, but at the time that wasn't something that I had access to, so I just started playing music because it was cathartic,” she explains. “It’s very, very meditative for me.”

While tracks like “Half a Heart Keychain” and “Too Late to Write a Love Song” allowed Arman to heal, her debut LP is far from just a breakup album. Her songs are rooted in the poetic imagery of country life, from the beauty of its simplicity to the isolation and loneliness that can often overtake its inhabitants.

“Old Maid’s Draw” is a song about the landscape where Arman has worked, an area mythologized by locals with the tale of a woman who lived alone in the early settling days of Montana. “Problems Of My Own” is rooted in classic country songwriting, exploring the darkness that can lurk within family life. With simple references to classic scenes, such as bacon frying in cast iron pans, the song explores the urge to escape.

Arman’s take on Kris Kristofferson’s beloved classic “Help Me Make It Through The Night” fits perfectly alongside her originals, with her aching vocals at center stage. “Barbed Wire” was written during her time working as a ranch hand and wisely recalls the seclusion and longing that can come while living on the range.

“A lot of folks distract themselves with work. It is a common trait of cowboys and ranchers alike,” Arman says. “In the song ‘Barbed Wire’ the cowboy understands who he is, but not how he relates to other people, so it is easier to be alone.”

Arman herself has chosen to take a different path, embracing isolation and interpreting her life through the rural landscape that adorns her lyrics. With fierce honesty and a voice that immediately commands attention, on her debut record, Riddy Arman has proven herself as much more than a cowboy.