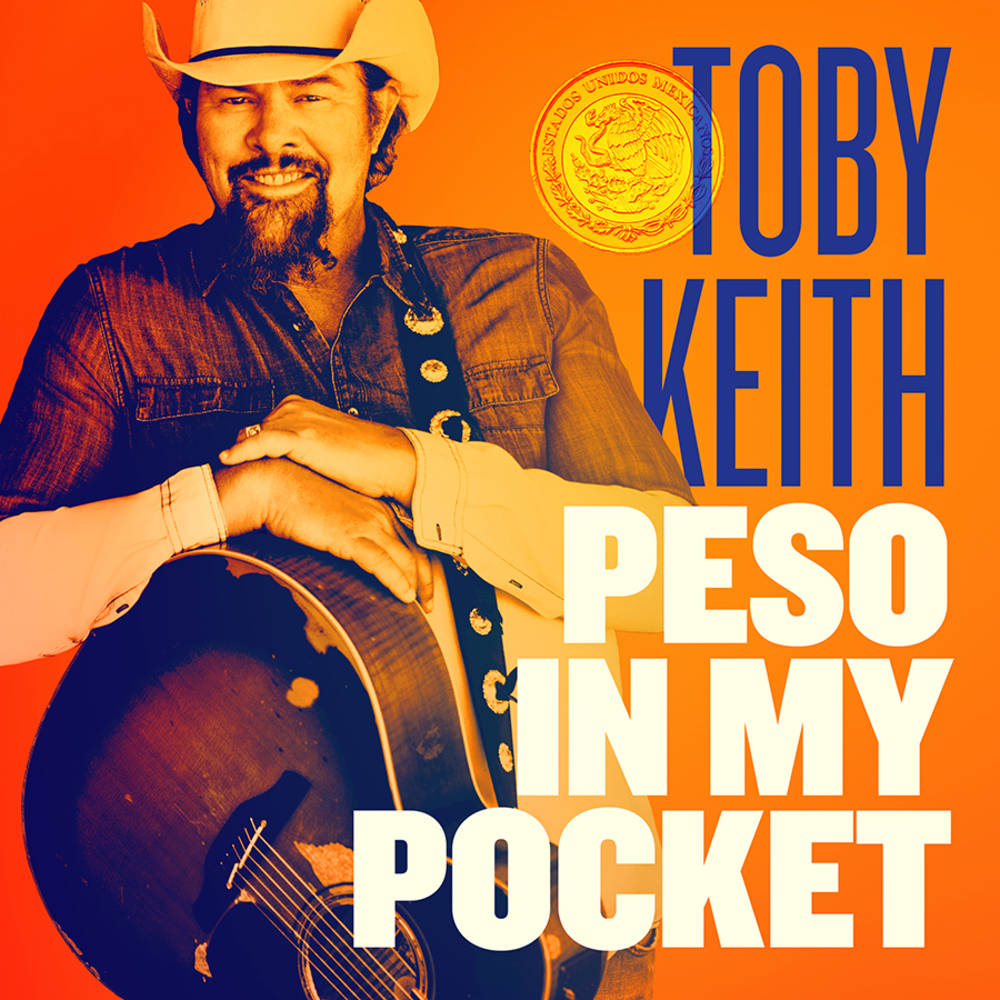 Singer, songwriter and entertainer Toby Keith will release his first all-new Show Dog Nashville album in more than five years October 15. Peso In My Pocket was co-produced by Kenny Greenberg and Keith, and features the highest Billboard Country Airplay chart debut of his career with the lead single "Old School."

Though Keith has accomplished much since the 2015 release of 35 MPH Town - perhaps most notably in writing the Clint Eastwood inspired "Don't Let The Old Man In" - a new studio album was long overdue. And Peso In My Pocket has more than a little to do with the worldwide pandemic. "My whole musical career, I haven't been off the road this long," Keith says, calling 2020 "a reset button I never would have hit."
Also deserving of credit for the collection is Mexico, where Keith has a house he stayed at for the first several months of the crisis. "It was like being on the moon," he says. "A lot of my friends down there were afraid they wouldn't be let back in the U.S., so they all went home. I wasn't on the road and nobody could go anywhere, so I thought, 'You've written a long list of songs by yourself, dumbass. Get up and get busy!' I went through the ideas I keep on my phone and thought, 'Shit, I need to write these.'"

Not only did he come to the table with more than a few songwriting pesos in his pocket, he added outside contributors to the mix. Notable songwriting credits include The Warren Brothers, Ryan Hurd, Maren Morris, Jesse Jo Dillon, Brett Tyler, and Sammy Hagar. Keb Mo joined Keith in the studio on a cover of his "Old Me Better," as did well-known Oklahoma artist Mike Hosty, whose "Oklahoma Breakdown" kicks off the album. Keith also offers a tribute to the late John Prine on the Prine-John Mellencamp co-write "Take A Look At My Heart." And, of course, the 2015 Songwriters Hall of Fame inductee has several solo writes, led by the title track.

As Show Dog gears up for the album's release, Keith recently resumed touring on his Country Comes To Town Tour. He will receive the Academy of Country Music's prestigious Merle Haggard Spirit Award in August for "following his own path, crafting great songs and epitomizing Merle's spirit." Keith received the National Medal of Arts earlier this year. He is being inducted into the Nashville Songwriters Hall of Fame this November. And in June he raised another $1.4 million to help sick children and their families in Oklahoma through his OK Kids Korral.