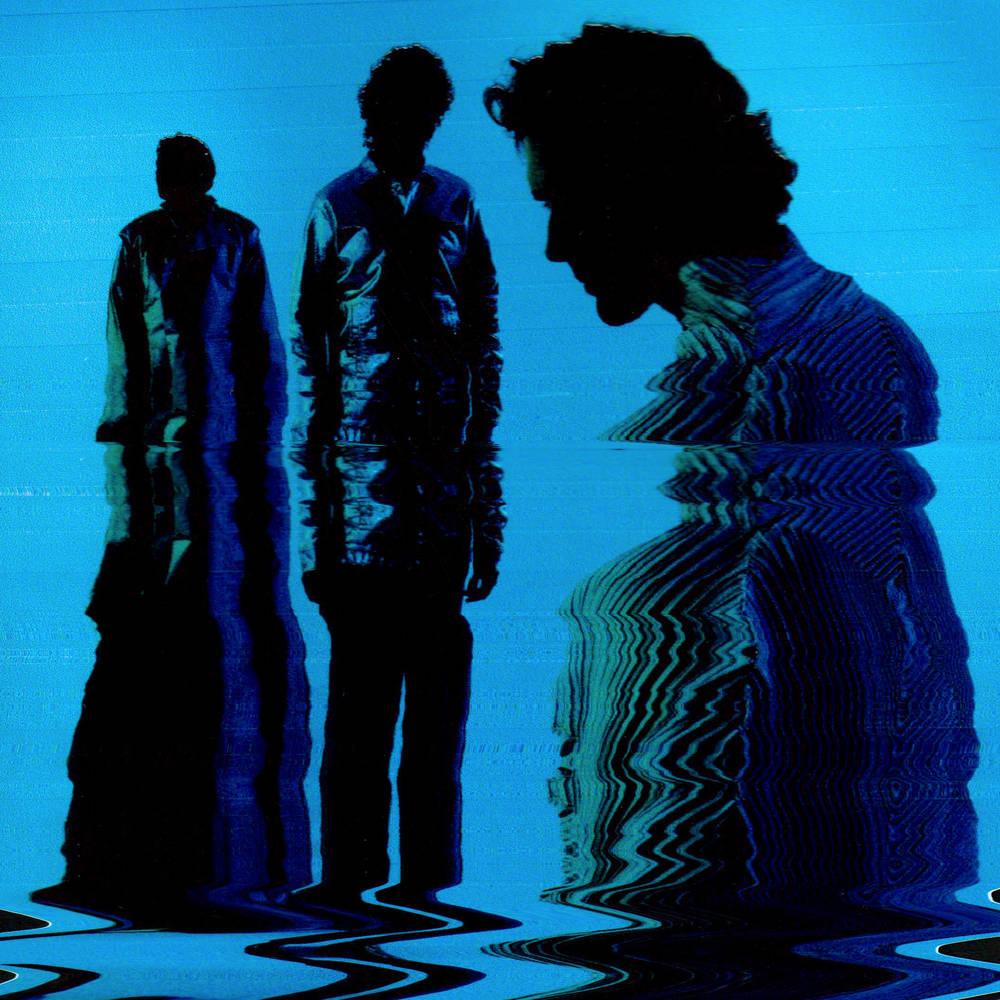 After spending the past 20 years in the studio, on concert stages all over the world and at the literal top of the charts, All-American Rejects co-founder Tyson Ritter didn’t start Now More Than Ever in 2018 with the expectation it would turn into a real band – but a real band is very much what it has become. In tandem with veteran musicians/songwriters/producers Scott Chesak and Izzy Fontaine, Ritter has begun a meaningful and exciting new chapter in his music career with Now More Than Ever’s debut album Creatrix, which will be released March 17, 2023, by Thirty Tigers.

To hear Ritter tell it, All-American Rejects’ relationship with the traditional music industry was in many ways the reason he was eager to try something different: simply making music with friends for fun, without any preconceived notions about what would, could or should happen next. In other words, no constraints, no A&Rs, no deadlines and no mandate to sound like anyone or anything other than themselves.

The fact that Ritter and Chesak have known each other for so long certainly helped jumpstart things, as the latter has been a multi-instrumentalist touring member of All-American Rejects since 2011. Chesak later segued into writing and producing for artists such as Weezer and Panic! At The Disco, a skill Ritter has long admired but had difficulty incorporating into his own creative process. As he began thinking about new music, he “definitely knew” he “didn’t want to write in the traditional sense with and for another artist in a studio. Scotty and I just got to talking and decided to write some tunes. It started that innocently.”

“We didn’t have a name, or an idea of being a band, until probably a year after that,” Chesak adds. “We were kind of just writing for the purity of writing and trying to make something cool. There’s a huge folder of songs we made during that time that aren’t part of this project, but three or four of them showed us there was something cohesive there.”

Having spent decades in the same musical scene, Ritter and Chesak were committed to a fresh approach when it came to the sound of their new work. “We were kind of sick of guitar music, because we both come from the rock world,” says Chesak, who handled bass, drums and keyboard duties during the sessions. “So at first we made a rule: Fuck guitars. No guitars!” Quickly they realized their beef wasn’t with guitars per se, but rather the same old sound of the instrument. Enter Izzy Fontaine, who has worked closely behind the scenes with everyone from Taking Back Sunday and Glassjaw to Seal and Banks, and came up in the industry alongside many of the same bands as Ritter and Chesak.

Now More Than Ever shimmers with that spirit of freedom, its nine tracks gracefully surfing the peaks of the past four decades of pop and rock. These are the kinds of songs that used to be on the radio and certainly still should be today – the ones that make you dance, shake your ass and forget about everything else for a while. The breathless electro-rock of “D-E-A-D Together” and the sultry power ballad “Heart To Heart” best embody that vibe, while horn players from Ozomatli add an instant dance party to “Candle.” The ‘80s synth-driven closer “Never You” started life as a Ritter acoustic song but was quickly transformed by Chesak and Fontaine into what’s now the perfect soundtrack for a vintage slow dance prom scene.

To that end, “Heels Up Head Over” explores those themes with a tale about a werewolf and vampire getting married, while lyrical references to the ageless cool of Joan Jett and drunk, young romance make you feel right at home in Now More Than Ever’s company. “This is a record where there was freedom in lyric,” Ritter says. “When you’re on a major label for 15 years, you can succumb to trying to follow your last thing. That can seep into the music in a way that’s so unconscious. The joy of this band is that it’s completely free of any oppressive overlords, ivory towers, approval processes or co-writes that have been manufactured, licked, stamped and thrown onto the assembly line.”

Now More Than Ever is here to help make sure the pillars of pop and rock will never fall, and they’re prepared to go down believing. “This is our little monolith,” Ritter says. “It might be six feet tall amongst giants, but it’s pure. And it’s truth for us. It’s saccharine as fuck, and I love it.”