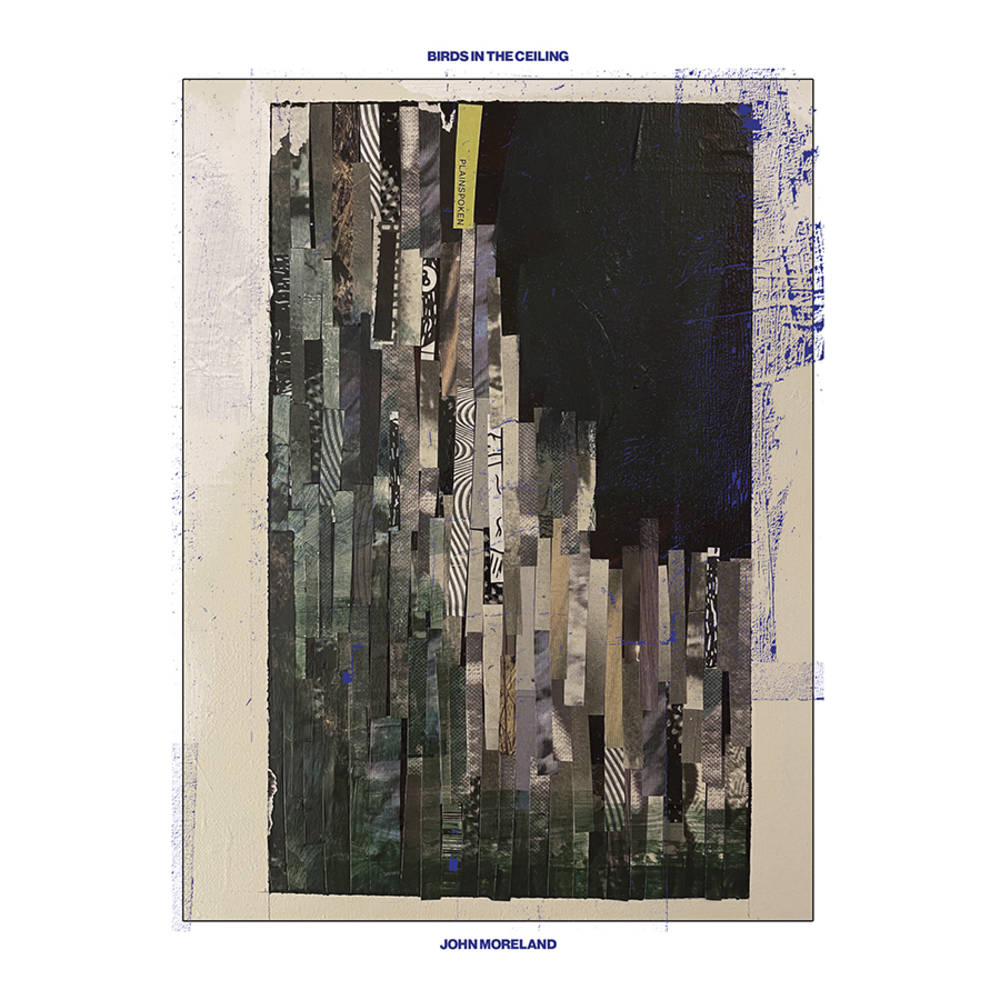 John Moreland doesnĺt have the answers, and heĺs not sure anyone does. But heĺs still curious, basking in the comfort of a question, and along the way, those of us listening feel moved to ask our own. ôI donĺt ever want to sound like I have answers, because I donĺt,ö he says. ôThese songs are all questions. Everything I write is just trying to figure stuff out.ö

Moreland is discussing his new album Birds in the Ceiling, a nine-song collection that offers the most comprehensive insight into the thoughts and sounds swimming around in his head to date. A compelling blend of acoustic folk and avant-garde pop playfulness, Birds in the Ceiling lives confidently in a space of its own, enriched by tradition but never encumbered by it. The songwriting that has stunned fans and critics alike since 2015ĺs High on Tulsa Heat remains potent, while the sonic evolution that unfolds on the record feels like a natural expansion of 2020ĺs acclaimed LP5.

The New Yorker, Pitchfork, Fresh Air, Paste, GQ, and others have embraced Morelandĺs meditative songs, while performances on The Late Show with Stephen Colbert, CBS This Morning, NPR Tiny Desk Concert, and more have introduced Moreland to millions. And yet, while the Tulsa-based Moreland is grateful for the respect and musical conversation heĺs now having with people around the world, he is also more focused on the idea of just talking to one personľľor even himself. ôThrough the years, Iĺve felt like Iĺm increasingly talking to myself in my songs, more and more,ö he says. ôMaybe in the past, I wasnĺt aware of it, but now, I am. I think doing that has helped me be less hard on myself, which makes you more generous and compassionate in general.ö

That helps explain why even if Moreland is reaching out to someone else, there is no judgment. ôIĺm in the same boat with whoever Iĺm talking to,ö Moreland says. á

On Birds in the Ceiling, Morelandĺs singing contributes to the feelings of hushed intimacy. Wielding a warm, sandpaper soul voice, Moreland got used to singing loudly as he began playing in bars, fighting to be heard over chattering crowds. ôWhen I first started singing, I was very self-conscious about it,ö he says. ôI think I tried to affect my voice more. Singing loud could be a security blanket sometimes. On the new album, on a lot of the songs I was definitely making a conscious effort to sing quieterľľalmost whisper.ö

Produced by Matt Pence and Moreland, Birds in the Ceiling is dynamic: a folk record that refuses to stay in its lane. Itĺs the second album for Pence with Moreland, who sees the formerľľa Denton, Texas-based engineer, producer, and drummerľľas an ideal musical partner. ôWe have a lot of the same influences, and I have been really influenced by his bands,ö Moreland says. ôIt feels really effortless.ö

Letting things just be what they are is a powerful guiding force for Moreland, determining not just how he interacts with others, but how he treats himself. ôWhen you remove boundaries and instead of holding back parts of yourselfľľwhen you say, ĹOkay, Iĺm going to put all of me into this,ĺö Moreland says, "You end up making music that nobody else could make.ö

Birds in the Ceiling is available at local record stores on CD, Vinyl, and an Indie-Exclusive Blue Vinyl on July 22.