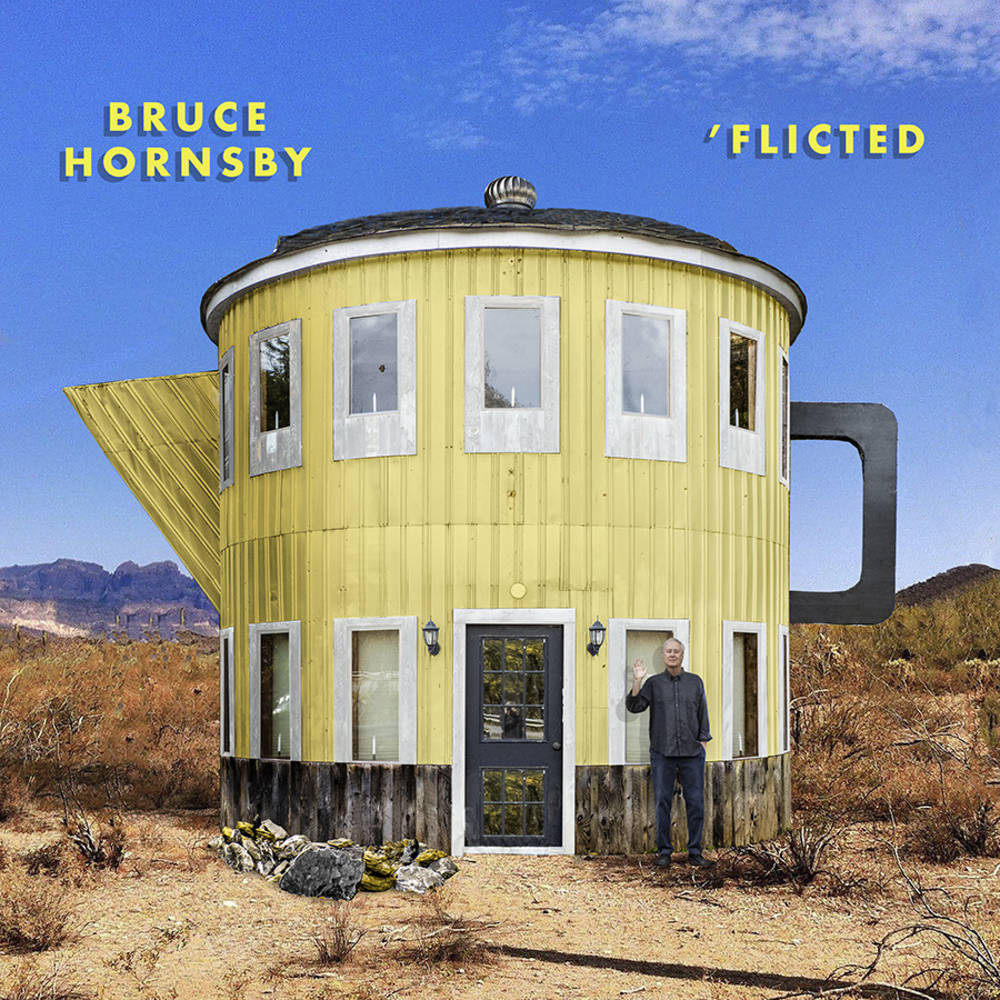 ‘Flicted, the new studio album from award-winning pianist, singer and songwriter Bruce Hornsby, is set for release on May 27 via his own Zappo Productions/Thirty Tigers. Recorded last summer, the new record is the follow up to Hornsby’s acclaimed albums, 'Absolute Zero' and 'Non-Secure Connection.'
‘Flicted completes a trilogy of song collections (Absolute Zero and Non-Secure Connection) based on film “cues” Hornsby composed for writer and director Spike Lee. This unique approach enables him to build upon and explore new stylistic techniques while collaborating with a wide variety of talented artists. On ‘Flicted, Hornsby’s goal was to make a more upbeat record overall, speaking on COVID-19 using the world of science as a recurring influence.
“The album title ‘Flicted relates to this strange time in which we live, when the world is basically, well, ‘flicted,” adds Hornsby.
Co-produced by Hornsby and Tony Berg, the 12-track album features additional production work from Rechtshaid and Wayne Pooley. ‘Flicted also features a duet with Danielle Haim on the pandemic shut-down era piece “Days Ahead” as well as further contributions from Rob Moose who provided several arrangements and performances individually and as a member of yMusic. The record also includes a re-imagining of Chuck Berry’s “Too Much Monkey Business,” marking the first cover song to ever appear on Hornsby’s studio releases.
Based out of Williamsburg, VA, Hornsby first rose to national prominence with The Way It Is, his 1986 Grammy-winning debut album with The Range. The title track became the most-played song on American radio in 1987 while Tupac Shakur’s timeless song “Changes” builds on “The Way It Is” and set the stage for many subsequent versions of the track, including Polo G’s recent single “Wishing For A Hero.” In 1991, Hornsby collaborated with Bonnie Raitt, playing on her iconic hit “I Can’t Make You Love Me.” Additionally, Hornsby was a part-time member of the Grateful Dead from September 1990 to March 1992, performing over 100 concerts in America and Europe. In 2019, Hornsby co-wrote “U (Man Like)” with Justin Vernon for the latest Bon Iver album i,i. Hornsby has also written six full film scores for Spike Lee including his recent Netflix series “She’s Gotta Have It,” and contributed music to five others, including 2021’s NYC Epicenters 9/11→2021˝.
The 13-time Grammy nominee has solidified his status as a highly sought-after collaborator. Hornsby’s own 23 albums have sold over 11 million copies worldwide, and he has appeared on over 100 records including releases with Bob Dylan, Don Henley, the Grateful Dead, Stevie Nicks, Ricky Skaggs, Bob Seger, Chaka Khan, Brandon Flowers, Bonnie Raitt, Sting, Mavis Staples, Willie Nelson and more.