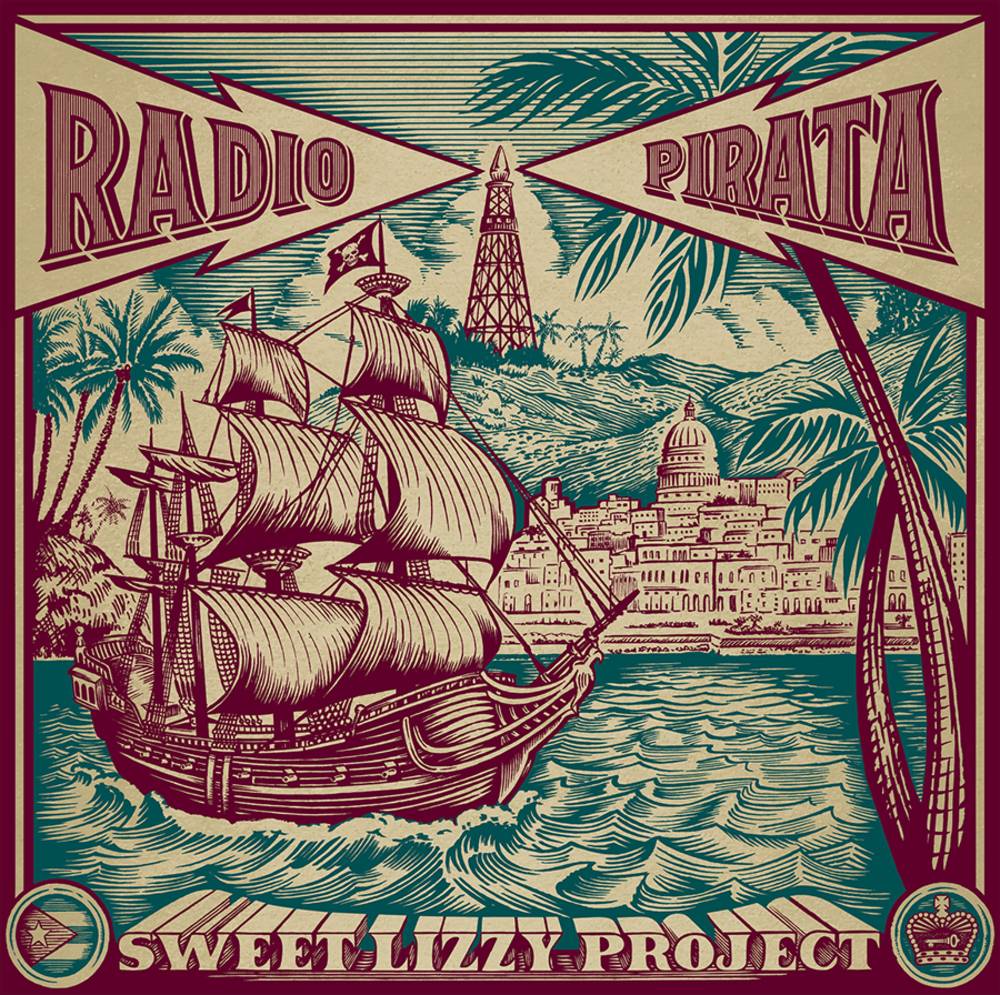 In just a few years, Cuban-born, Nashville-based quintet Sweet Lizzy Project has gone from its members never having been in an arena, to mesmerizing an audience of 20,000 people opening for their idols, Heart and Joan Jett.  Along the way, the anthemic rock band earned a prime performance broadcast for PBS’s Havana Time Machine; an artist profile on NPR’s “Weekend Edition”; and a cover story in the Miami Herald. For its latest album, Pirate Radio / Radio Pirata (Thirty Tigers), the band collaborated with major songwriters such as Blair Daly, Zac Maloy, and Sam Hollander for a triumphant and empowering collection of rock fused with an accessible pop structure and some of the everyday heart infused by Nashville’s country sound.

SLP’s sophomore American release, Pirate Radio / Radio Pirata, is an artistic and personal milestone for the group. It is a concept album that loosely mirrors SLP’s journey to be artistically liberated against a stifling government regime, and the story unfolds with theatrical grandeur.  The album’s unique melding of ultra-hooky choruses with ethereal ambience and passionate vocals and lyrics recalls such diverse artists as Paramore, Muse, and Olivia Rodrigo.

Pirate Radio / Radio Pirata will be released in both English and Spanish, and Diaz explains: “It was hard to do this because words that sounded beautiful in English didn’t always translate in Spanish. It was a labor of love—we want our message to be universal—it was like having to write new songs with the same idea for the Spanish version.” The 11-song album is a sleekly modern rock record with explosive dynamics, ace musicianship, and powerful lyrics. Throughout, Diaz’s magnetism and conviction recalls the power and passion of late Cranberries singer Dolores O'Riordan.

It’s been something of a freedom fairytale for Sweet Lizzy Project, and one standout moment, so far, has been sharing the stage with Heart and Joan Jett. “As a Cuban girl, it was surreal playing with artists that you couldn’t readily listen to back home,” Diaz shares. “I was so proud of us, and I hope our story provides light and hope for others.”