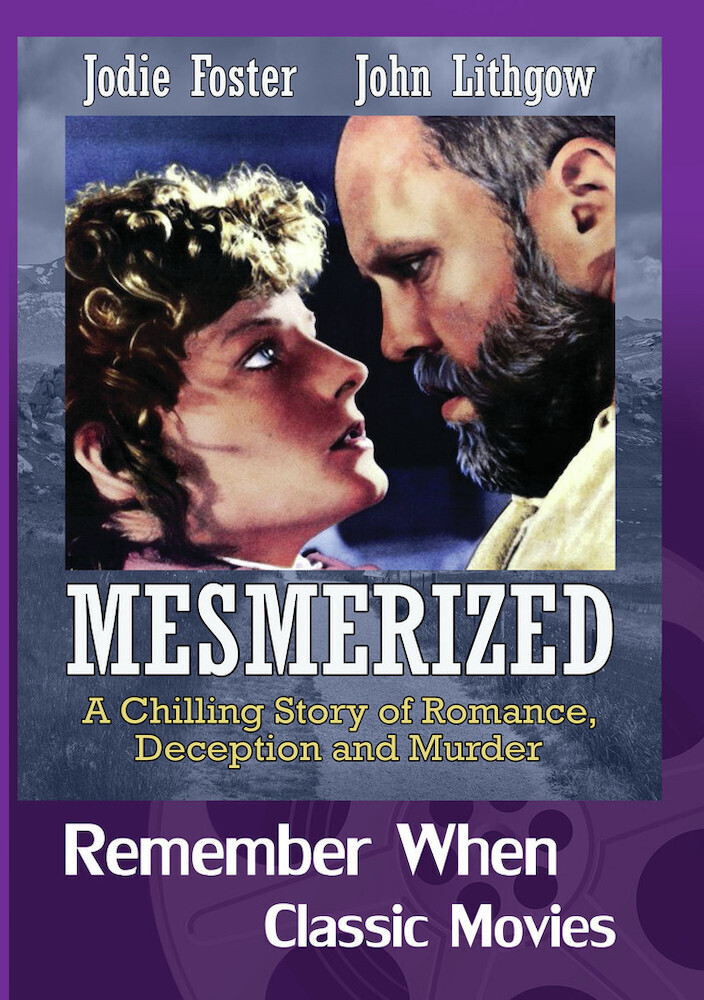 Mesmerized is a drama film starring Jodie Foster, John Lithgow and Michael Murphy. In 1880 New Zealand, Victoria (Jodie Foster) is on trial. She recalls her journey to that point. As a baby, she was dropped off at an orphanage. Growing up at the orphanage, she is introduced to merchant Oliver Thompson (John Lithghow) who quickly proposes marriage to her. She married him only to later discover that he is a controlling, volatile and manipulative man. His father is of the same temperament, but his brother George is much more sensitive. A strained relationship soon develops between husband and wife at great emotional and physical torture on both of them and those around them, from family and servants to business and trade associates and clientele. Victoria cultivates a game with her husband in which she reads to him and also hypnotizes him. While he is under hypnosis she feeds him chloroform, thus gradually poisoning him. Her husband eventually dies from the chloroform poisoning, but that is not the end to this tragic story. The film was based on a real character, crime and trial, and Victoria was only 19 years old at the time. Jodie Foster who plays Victoria co-produced and stars in the film. The movie is a romantic triangle, tragedy and mystery all rolled into one. With outstanding performances by John Lithgow, Jodie Foster and Harry Andrews who plays Lithgow's father, this is a movie which will have you mesmerized from start to finish.