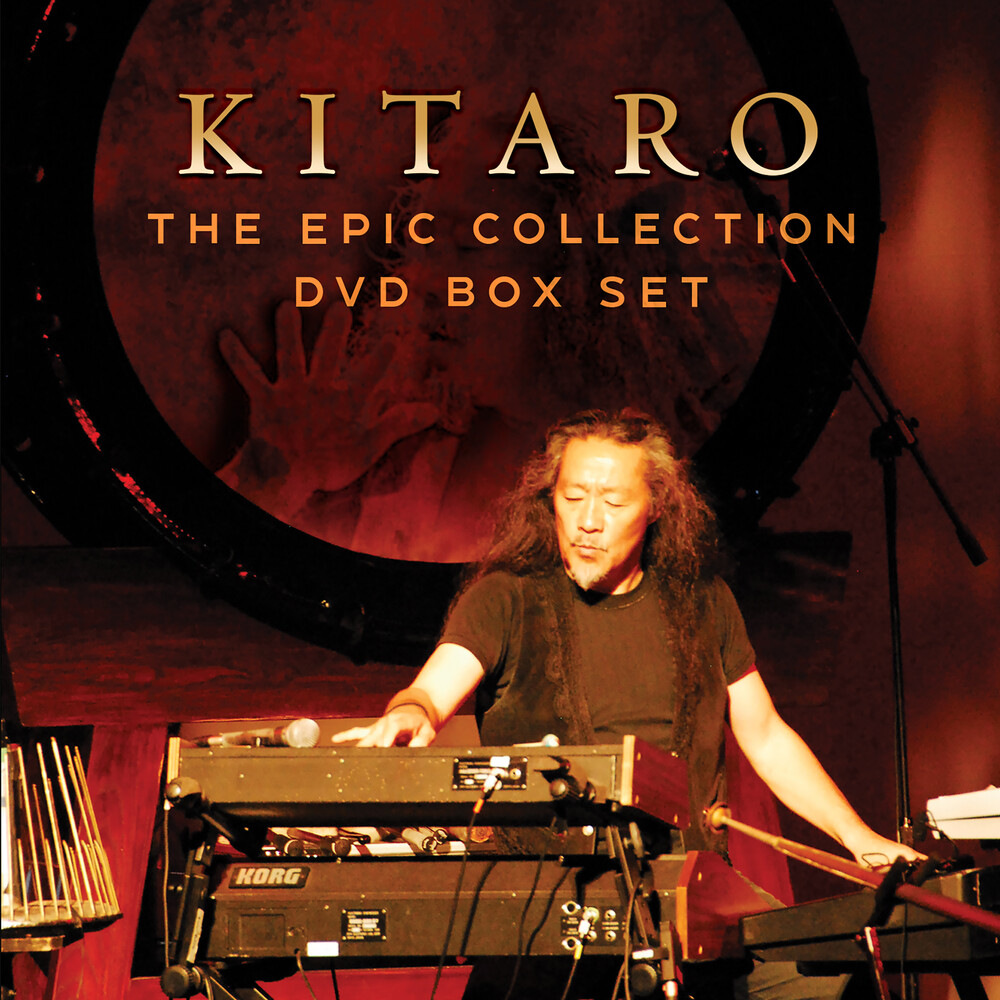 KITARO / EPIC COLLECTION - The Epic Collection is a DVD Box Set that features three critically acclaimed concert performances by the Golden Globe and GRAMMYr Award-winning music icon, Kitaro. It also includes Kojiki And The Universe, a film that intertwines Kitaro's music with space-age time-lapse video provided by and in cooperation with NASA and Kyoto University. Kojiki: A Story In Concert Kitaro crafts this musical journey from the ancient chronicle that recounts the birth of Japan and it's people. The video captures a memorable performance from Kitaro's 1990 world-tour. Run Time: 55 minutes An Enchanted Evening An Enchanted Evening takes it's cue from nature and spirit. Full and dramatic, yet surprisingly intimate, Kitaro transports the listener on a far-reaching musical journey that draws refrains of East meets West. Filmed during concert tour of America in 1995. Run Time: 84 minutes Daylight Moonlight: Live In Yakushiji In a special event for world peace, Kitaro and his ensemble performed at the magnificent Yakushiji temple for a first-ever concert there. The revered shrine is also the final resting place of Genjo Sanzo, who's journey on the ancient Silk Road more than a millennium ago, inspired the performance. Run Time: 132 minutes Kojiki And The Universe Presenting a totally unique visual experience, the video presentation of Kojiki And The Universe merges Kitaro's GRAMMYr Nominated music from the album Kojiki with space-age photographic scenes of the Universe. Kojiki And The Universe features time-lapse images, expertly intertwined with real-time films provided by and in cooperation with NASA and Kyoto University. Number of discs : 4 Run time : 5 hours and 17 minutes