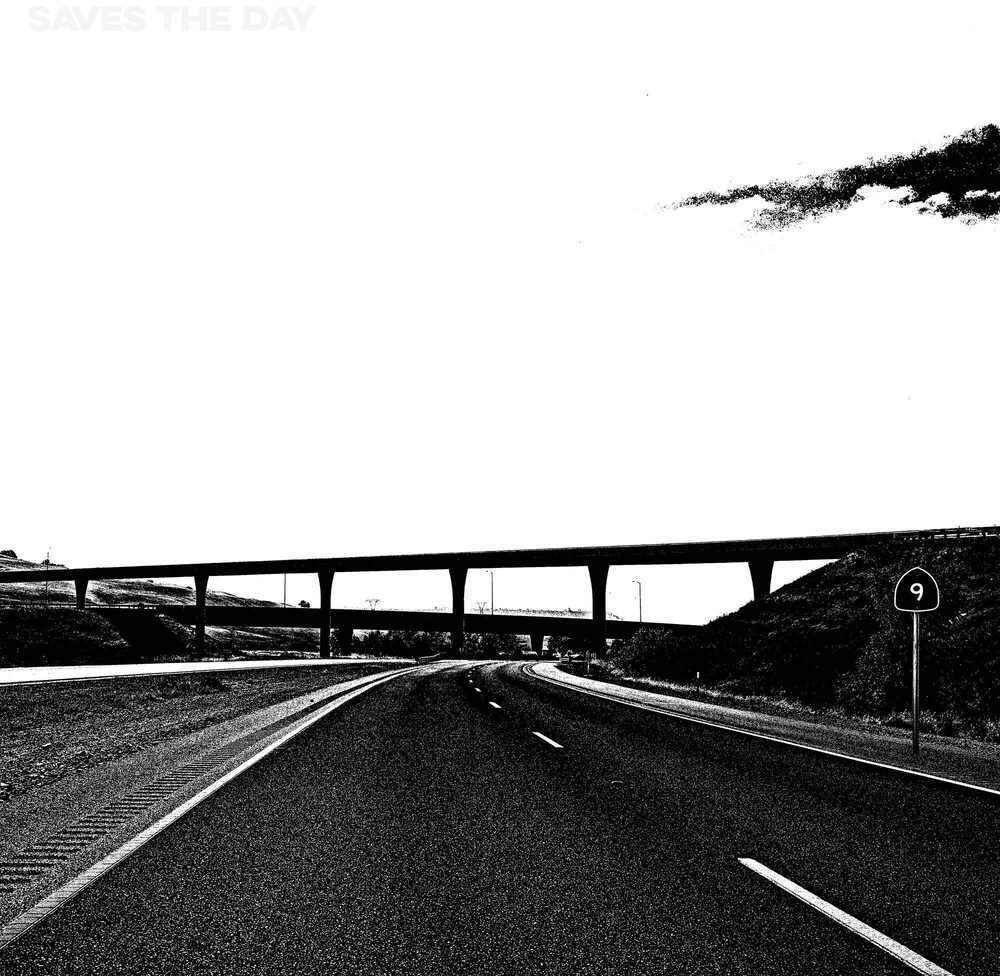 Saves The Day have been through a lot over the past two decades: Van accidents, member changes, the emo explosion, and the adventures that carried the act and their fans from adolescence to adulthood. But they’ve never had a proper history of the band… until now. Saves The Day’s ninth album 9 tells the story of the band from the perspective of the band’s founder Chris Conley and does it in a way that’s as exhaustive as it is poetic and makes the listener a part of the songwriting process. From a narrative standpoint, 9 chronicles the epic story of a group of kids from New Jersey who realized their dream and became international sensations. However, on a more existential level, it shows how Conley “woke up” and became aware of his own consciousness through his relationship with music and the unbelievable adventures it inspired since he formed the act in 1997.

“A lot of the memories that I write about in the lyrics for this album I haven’t written about because they were too painful or complicated. But for some reason when I was writing, my brain kept coming back to thinking about my entire career from a sense of reflection for the first time,” Conley says of the process of writing the follow-up to 2013’s Saves The Day. 9 opens with the upbeat “Saves The Day,” which serves simultaneously as a mission statement and love letter to fans before segueing into “Suzuki,” a song that features the opening line, “On a black and red couch playing a burgundy Les Paul I played on Can’t Slow Down so many years ago, writing album number nine right now.” Then again, this meta sentiment isn’t so surprising coming from someone who famously penned lines like, “You want to know who I really am, well so do I” on the song “See You” from the landmark 2001 album, Stay What You Are.

From there the album takes you back to the earliest days of the band’s history of playing house shows on the crunchy, riff-driven “Side By Side” and drops you into what it’s like to be to on tour with your best friends when all cylinders are firing on the instantly catchy, psychedelica-tinged “Kerouac & Cassady.” Next we move onto the band’s unplanned rise to stardom and relentless work ethic on the driving and uplifting rocker, “It’s Such A Beautiful World.” “This song is about the Through Being Cool era and things are starting to heat up,” Conley says of the latter track, which sounds like an unholy amalgam between Weezer and glam metal. “At this point we are flying to performances all over the world so in the first stanza I say, ‘If we get stuck on a plane, we’re skydiving to the show.’ It’s such an incredible life to get to live and we were nuts for it and enjoying every second of it.”

Unfortunately with every cataclysmic rise to fame comes the ensuing pitfalls of ego and excess and that’s what Conley tackles on “Rosé.” “That song is a bit of a dis track about certain rock star elements that started to be displayed in the band and I was kind of surprised that I wrote about it because it isn’t something that I’ve thought about in a while,” Conley says. The song also sees him approaching the vocals in a way he never has before that unfolds itself more with each subsequent listen and is as ambitious as it is artistic. This is followed up with “1997,” which sees Conley once again reflecting on the band’s early days over a distorted bass line and groove that’s invitingly relentless and calls to mind an emo version of Van Halen.

Finally, we arrive at “Rendezvous” and how grateful Conley is of the current lineup of the band, which includes the virtuosic trio of guitarist Arun Bali, bassist Rodrigo Palma and drummer Dennis Wilson, who are the band’s most consistent lineup to date and take the musicianship on 9 to stratospheric new heights. “At this point, I’ve actually dealt with the conflicts and the challenges in a lifelong career in music and now I have the guys that I could do this with forever and I’m living the dream again. Life is beautiful, so I intentionally reference the song ‘It’s Such A Beautiful World’ in the lyrics because that song is about when things were going crazy for us and we were all so excited,” Conley says of “Rendezvous” which is layered in distortion-drenched perfection. “We’re through all the reflecting and growing at this point, and we’re still out here, and we’re still doing it so the timeline essentially ends with ‘Rendezvous’ looking into the future.”

However, it wouldn’t be a Saves The Day album without a surprise twist–and in this case it’s the album’s 21-minute-long climax, “29.” “The final track is seven songs in one and it’s the internal personal timeline of my entire life,” Conley explains. “It starts with ‘Heartbeat’ because I was hypnotized by that sound as a kid and literally it’s my first experience of waking up to life itself,” Conley explains. The finale goes on to introduce Conley’s love affair with music via “So In Love”; Saves The Day’s near fatal van accident in 2000 on “432”; and a difficult rift with a longtime friend on “Tangerine.”

“One of my main artistic passions is the fascination with how you can compose extremely long pieces of music but also hold the attention of the listener,” Conley says – and correspondingly “29” sounds less like prog-rock excess and more like an album unto itself. Subsequently the movement “Victorian & 21st” recounts Conley’s meeting with a longtime partner; “Angel” is a tribute to his daughter; and the epic experiment ends with “New Jersey,” which sees him reflecting on his relationship with his parents and his sometimes difficult but always captivating past one last time, culminating with the line, “I know it’ll be all right, we are alive in the world.”

Ultimately 9 is sonic evidence not only that there’s a reason we are alive in the world, but it’s a miracle that Conley rightfully encourages us to celebrate.