Faceless Burial - At The Foothills Of Deliration | RECORD STORE DAY 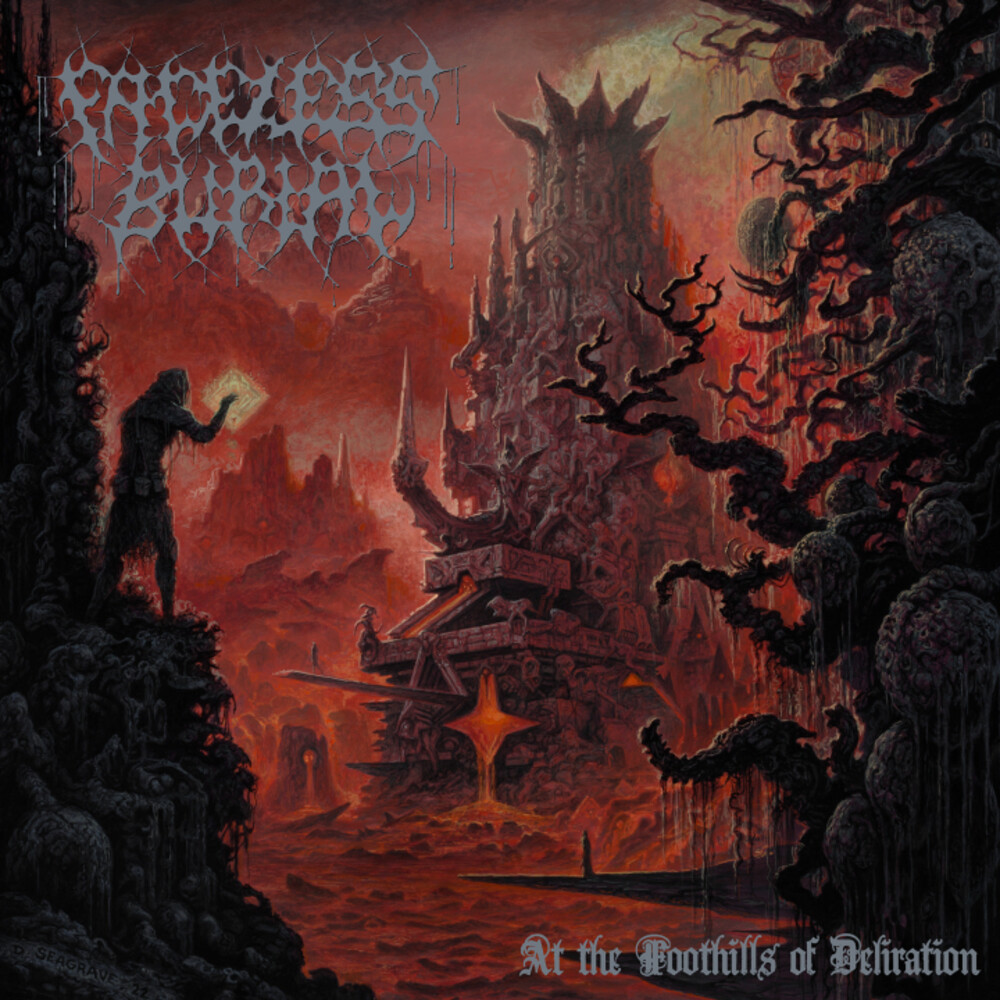 DISC: 1
1. Equipose Recast
2. A Mire of Penitence
3. Dehiscent
4. From the Bastion to the Pit
5. Haruspex at the Foothills of Deliration
6. Redivivus Through Vaticination

Since 2014, Australian death metal trio Faceless Burial have provided Dark Descent with two scorching albums, an EP and a demo. Well it is now time to see if this winning streak of brutality continues! Never a band to falter, At The Foothills Of Deliration begins on blast-beats and firestorms of malevolent riffing, with more deliciously warped bass lines that provide an intricate tapestry of sound, along with squealing leads and gargantuan vocals. The punchiness and utterly monolithic production instantly captivates the mind while the musicianship bends into inhuman shapes from the onset, taking one into cosmic realms and sepulchral crypts in sweeps of dynamic brilliance. The technical edge is still very much present, thus fans of insane musicianship can rest easy, faces will melt. That said, this is no obnoxious show of skill without substance as the previous material can attest to. No, Faceless Burial are masterful songwriters as well, who can string together beautiful atmospherics and odious grooves into an unimaginably bold and vibrant yet still filthily heavy cut of death metal. Clocking in at just under forty minutes with six diverse tracks woven into a singularity, this new record lives up to the name Faceless Burial with exquisitely interesting and gripping music that shall hold even the dullest attention span-thanks to the malignant heaviness and contorting progressions that are offered in abundance, without feeling too haphazard (though definitely chaotic). As soon as anything can become comfortable, an angular change shifts into play with barbaric aggression conveying extremely intricate music. Astonishingly, it feels in their eight years of musical life, the band continue to reach deeper into new grounds, never rehashing or parodying themselves in their quest for the ultimate in complex death metal magnificence. Do not lay idle, for this requires concentration and a keen ear to truly appreciate due to the huge amount of nuance and subtlety behind the scene, but as a whole, only the most furiously heavy delivery will suffice. Old school in style yet non-repetitive, this exudes quality and may invoke the old spirits, but the trio still do their own thing with the massive arsenal of sounds at their disposal. Put simply, this is death metal at it's best.